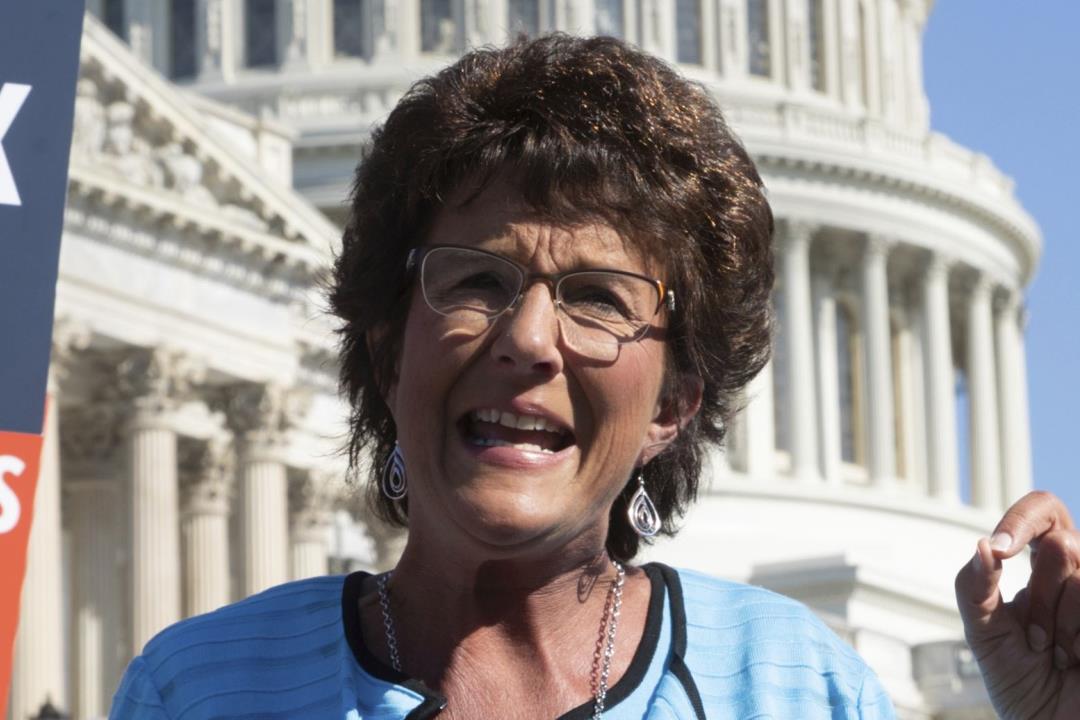 (Newser)
–
House Republicans are mourning Rep. Jackie Walorski, the third member of their caucus to die this year. The 58-year-old was killed along with two of her staffers and the driver of another vehicle in a car crash in her Indiana district, NBC reports. The Elkhart County Sheriff’s Office says a “northbound passenger car traveled left of center and collided head on” with the southbound SUV carrying Walorski and her aides. The two staffers were Walorski’s district director, 27-year-old Zachery Potts, and 28-year-old Emma Thomson, her communications director. The other driver was named as Edith Schmucker, 56.


Walorski, who was first elected in 2012, was the GOP’s top member on the House Ethics Committee and would have taken a leading role on the House Ways and Means Committee later this year if Republicans took control of the chamber, Politico reports. In a tweet, House Minority Leader Kevin McCarthy said he was confirming Walorski’s death with a “heavy heart.” “This news is absolutely devastating,” he added. “Jackie was a dear friend, trusted advisor, and the embodiment of integrity who achieved the admiration and respect of all her colleagues in the House.”


Republican Sen. Todd Young praised his fellow Hoosier. “Jackie loved Hoosiers and devoted her life to fighting for them,” he wrote. “I’ll never forget her spirit, her positive attitude, and most importantly her friendship.” House Speaker Nancy Pelosi ordered for flags at the Capitol to be flown at half-staff, reports the Washington Post. Before she was elected to Congress, Walorski served three terms in Indiana’s legislature, the AP reports. She worked as a TV news reporter in South Bend before entering politics. Walorski and her husband established a charitable foundation while working as missionaries in Indiana. In February, Rep. Jim Hagedorn of Minnesota died of kidney cancer. A month later, long-serving Rep. Don Young of Alaska died after losing consciousness on a flight to Seattle. (Read more Congress stories.)

Monica Lewinsky wants Beyoncé to remove lyric about her from ‘Partition’