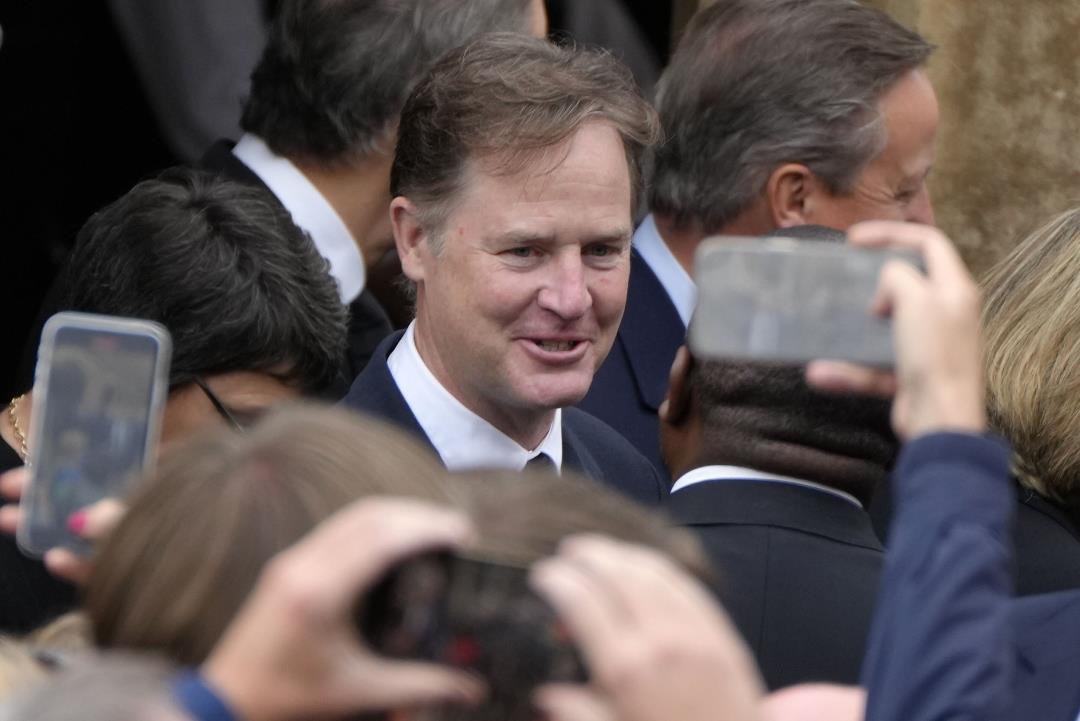 (Newser)
–
Before Britain’s May 2015 election, Nick Clegg was leader of the Liberal Democrats party and the country’s deputy prime minister. Now, he’s in charge of deciding whether another former political leader will be allowed back on Facebook. Clegg, president of global affairs at Meta, parent company of Facebook and Instagram, said Thursday that allowing Donald Trump back on the social media platforms will be a decision that “I oversee and I drive,” the Guardian reports. The former president was banned from the platforms indefinitely on Jan. 7, 2021, the day after the Capitol riot. Clegg, speaking at a Washington event hosted by news organization Semafor, said the company has been debating reinstating Trump’s accounts.


“It’s not a capricious decision,” Clegg said. “We will look at the signals related to real-world harm to make a decision whether at the two-year point—which is early January next year—whether Trump gets reinstated to the platform.” Clegg said that while the decision is up to him, he will consult Mark Zuckerberg, Meta’s board of directors, and outside experts, Politico reports. “We’ll talk to the experts, we’ll talk to third parties, we will try to assess what we think the implications will be of bringing Trump back onto the platform,” he said.


Clegg said that if Trump is reinstated and violates policies, he could be kicked off Facebook and Instagram—but the company doesn’t plan to fact-check his statements. “It’s not about truth and lies,” he said. “Political speech is not an exercise in scientific accuracy. Politicians are there to sketch out a visual of what they want to see—they’re not there to provide statistical precision.” Clegg stepped down as party leader after the 2015 election and quit politics after losing his seat in Parliament in the 2017 election. The following year, he moved to the US and was hired as a Facebook exec. He was promoted to his current role earlier this year. (Read more Donald Trump stories.)