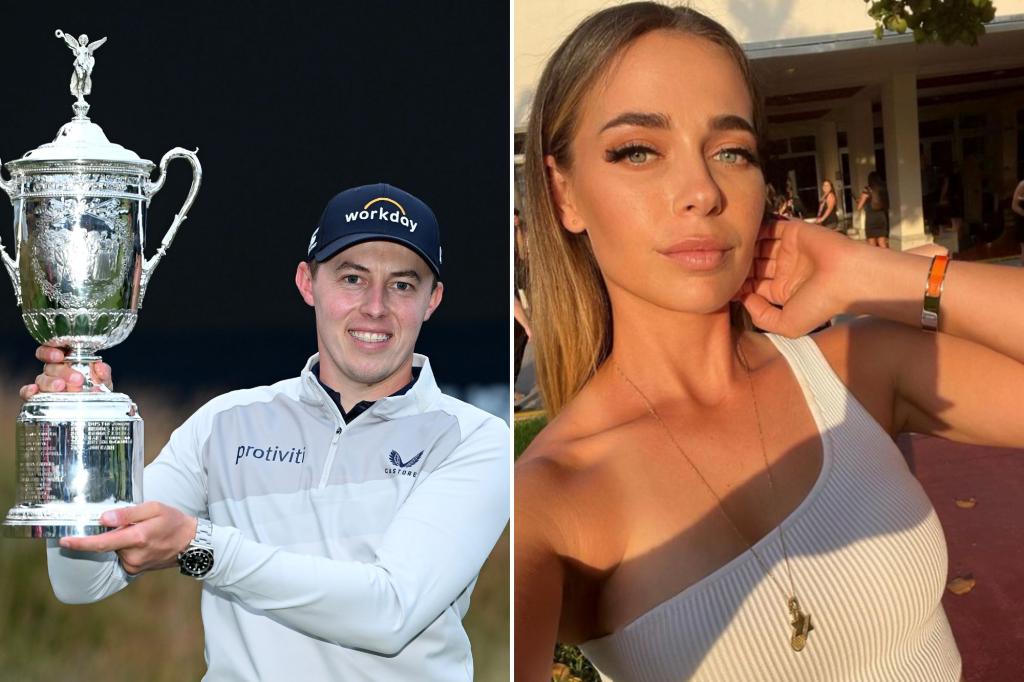 Fitzpatrick, 27, said in March that he called his ex, whose family is from Ukraine, to check in amid Russia’s invasion of the country, which began in late February.

“She was telling me about her gran who had a couple of strokes recently and can hardly walk, so she can’t go anywhere,” Fitzpatrick said, according to the Daily Mail.

“Then she told me about her uncle who had just packed his bags and was off to fight tomorrow. I was sitting there in Florida ready to practice and it hit me, the contrast between the fact he might never come back and what I do,” Fitzpatrick continued.

“I’d already decided to be a little easier on myself this year and appreciate all that I have, but that phone call just emphasized I don’t want to be miserable for the rest of my life worrying about winning golf tournaments. Sure, I want to win, but there has to be a balance.”

Khazaniuk was born in Israel but has family in Lviv — a city in western Ukraine, near the border with Poland —  which was a target of the Russian invasion in March, and was hit badly by the war.

It’s unclear when Fitzpatrick and Khazaniuk split, though the pair appears to be friendly. She was first spotted with the English golfer in 2020, after Fitzpatrick won the DP World Tour Championship in Dubai.

Khazaniuk is believed to be currently enrolled in Barry University in Florida, where she helped the Buccaneers to a fourth straight national championship at the 2021 NCAA Division II Women’s Tennis Tournament.

Fitzpatrick’s win at The Country Club in Brookline, Mass. on Sunday was his first major victory and his first on the PGA Tour. He won seven times on the European Tour (now the DP World Tour), including twice at the DP World Tour Championship in Dubai.

The 27-year-old became just the third Englishman since 1924 to win the coveted title, which included a $3.5 million purse.

“‘I think 100 percent I’ve got too worked up about them in the past,” Fitzpatrick said. “The people around me say that I’m different in a major week and while I can’t see it myself it’s something that I need to work on.

“I feel that I’m a different player now to 2015-18, so hopefully I can relax in the majors and it will start to show.”