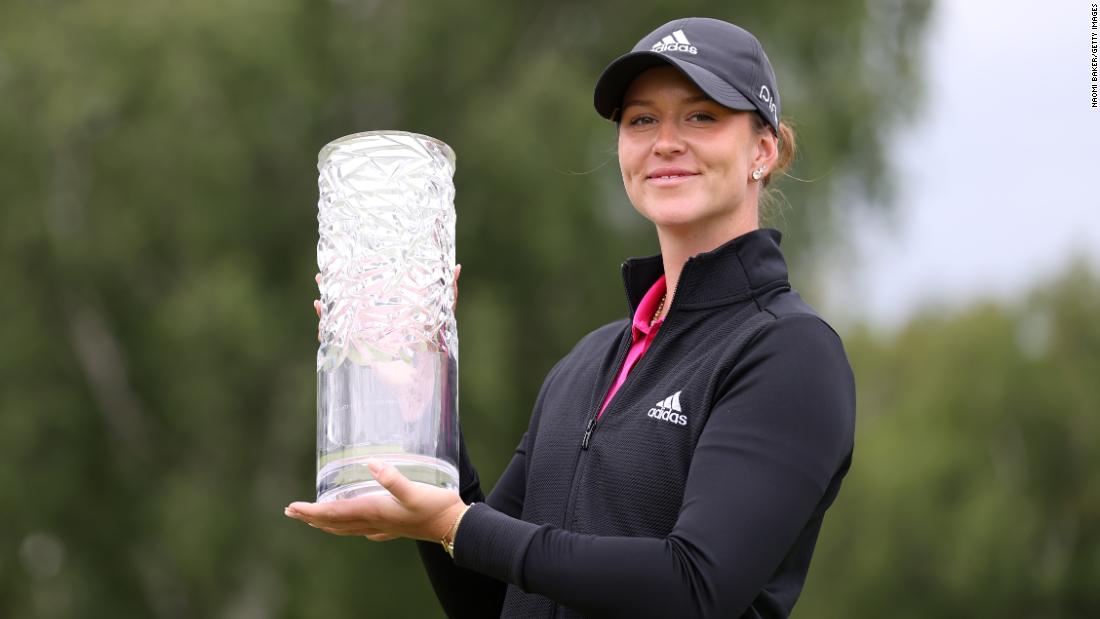 The Swedish golfer romped to an impressive nine-shot victory at the Scandinavian Mixed event after posting a final-round, eight-under 64 at Halmstad Golf Club.

Grant, who turned professional last year, finished on 24-under par, comfortably clear of compatriots Henrik Stenson and Scotland’s Marc Warren, and 14 shots clear of the next woman, Gabriella Cowley.

When asked if competing and succeeding against her male counterparts was a motivation for her, Grant said: “For sure, that was the most important thing!”

“It’s a nice feeling and all week I’ve just felt it was the girls against the guys and whoever picked up the trophy was representing that side of the field,” she told Sky Sports.

The Scandinavian Mixed event is hosted by Swedish greats Stenson and Annika Sorenstam.

It has been on the men’s European Tour, which has been rebranded to the DP World Tour, since 1991 but was co-sanctioned with the Ladies European Tour in 2020.

Now, both men and women feature in the event. Although they play off different tees, one winner is crowned, with Jonathan Caldwell winning the first edition last year.

Playing with her boyfriend, Pontus, as her caddie, Grint — who came in as the women’s world No. 156 — carded 26 birdies and an eagle to ease to an admirable victory.

“I just hope that people recognize women’s golf more, sponsors go to the Ladies European Tour and, hopefully, this pumps up the women’s game a little bit more,” Grant told Sky Sports after.

“I didn’t see it (the lead) until the 13th green, where the screen was, and it was a little bit (of a shock). I thought maybe three or four ahead, but then when I saw eight, I was like I can actually breathe out a little bit and go on and do my thing.”