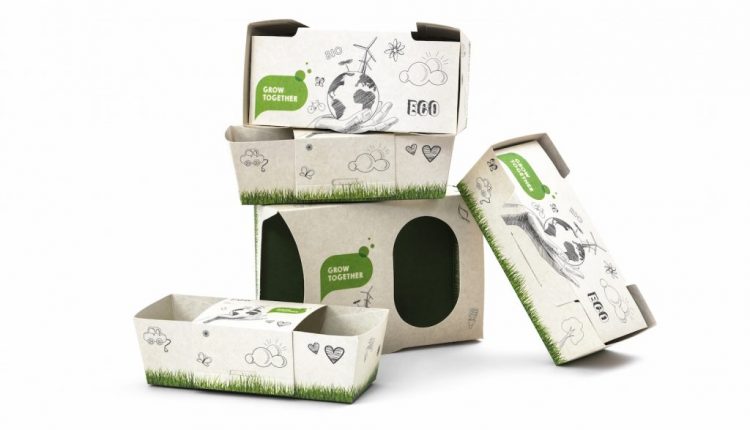 Adopting green practices is not a new norm or phase the companies are going through. In fact, a significant proportion of the industry has been making a shift towards sustainability, including eco friendly boxes, for several years. The fundamental raw material utilized in the production of these boxes is organic, which is why they prove so beneficial in saving the environment. Ranging from diminished carbon footprints to biodegradability to reduction of utilized resources, they proffer different benefits to the environment. These benefits are the main reason why these boxes are the go-to choice in every sector of the industry.

Diminish Use of Resources:

The precious resources of the Earth are depleting aggressively, which is a worrisome situation for all of us. The rate at which they are depleting has posed severe threats to the survivability of our planet for a long. The eco friendly boxes are playing their part in saving the Earth. They do so by diminishing the use of natural resources in their production. The reason why they prove this useful lies in their recyclable nature. Contemporary studies have proved that recycling the packaging can lower down the consumption rate of natural resources in the boxes’ production. According to research, recycling 1 ton of packaging saves almost 17-20 trees on average. Apart from that, the recycling process also lowers down the intake of water during the pulping. On average, recycling a ton of packages saves thousands of liters of water. Now, you can gauge the significance these boxes hold in preserving natural resources due to their recycling capabilities.

The levels of carbon emissions are increasing drastically, which is impacting the environment badly. As compared to traditional product packaging solutions, eco-friendly packages prove influential in hindering the levels of carbon emissions in the ecosystem. The secret behind this fundamental trait lies in the structure of these boxes. They are specifically built from lightweight materials, due to which they do not add too much to the weight of the products. Their lighter weight comes to the rescue of the environment by playing an effective role in decreasing the overall rate of carbon emissions. The weight of the packaging is interlinked with the number of resources entailed to produce the goods and to ship them to the final destinations. The lower weight of eco-friendly packaging contributes to lesser consumption of energy required for transportation, and hence the carbon footprint gets diminished by a greater value.

More waste is being generated by the excessive use of plastic in the production of packaging. This is because plastic and other similar non-biodegradable materials are hard to decompose. It is a great headache to get rid of their waste completely as it is quite a complicated process. At first, it is almost impossible to decompose or degrade plastic, and even if it is possible, it takes a lot of resources and time for that. The thing which makes the eco-friendly packages the best option for the environment is their biodegradable nature as they are constructed from recyclable materials. They possess quite a fast degradation rate and, unlike plastic, do not take plenty of time to decompose. Just place them under certain environmental conditions, and they are ready for quick decomposition. Thus, it would not be wrong to say that the eco-friendly packages are saving the landfills from getting polluted with excessive waste levels.

The traditional packaging solutions being utilized are prepared from non-sustainable petrochemical resources such as crude oil. Plastic packaging is the prime example in this regard as it also utilizes non-sustainable resources in its production. This association of the plastic material with the chemicals is a great threat to biodiversity. As this material is hard to decompose, it threatens the lives of the living things upon its mistaken consumption. Due to this, millions of plants, animals, and sea creatures die annually. The association of plastic with allergens and toxins is also causing various sorts of illnesses in humans. On the other hand, the eco-friendly packages made up of organic resources serve perfectly in protecting diversity. As they involve the operation of organic raw materials in their production, so their consumption by the animals does not cost them lives. Apart from that, they are also free from the toxic effects of allergens and toxins.

To sum up, eco friendly boxes go a long way in benefitting the Earth due to their environmentally friendly nature. Their recyclable and biodegradable properties help to create a healthier environment in which we live in. They do not consume too many resources of Earth and save it from pollution by lowering the levels of carbon emissions.

Secrets of a Successful Salon: How to Create the Perfect Atmosphere

What did I learn from visiting Qatar?