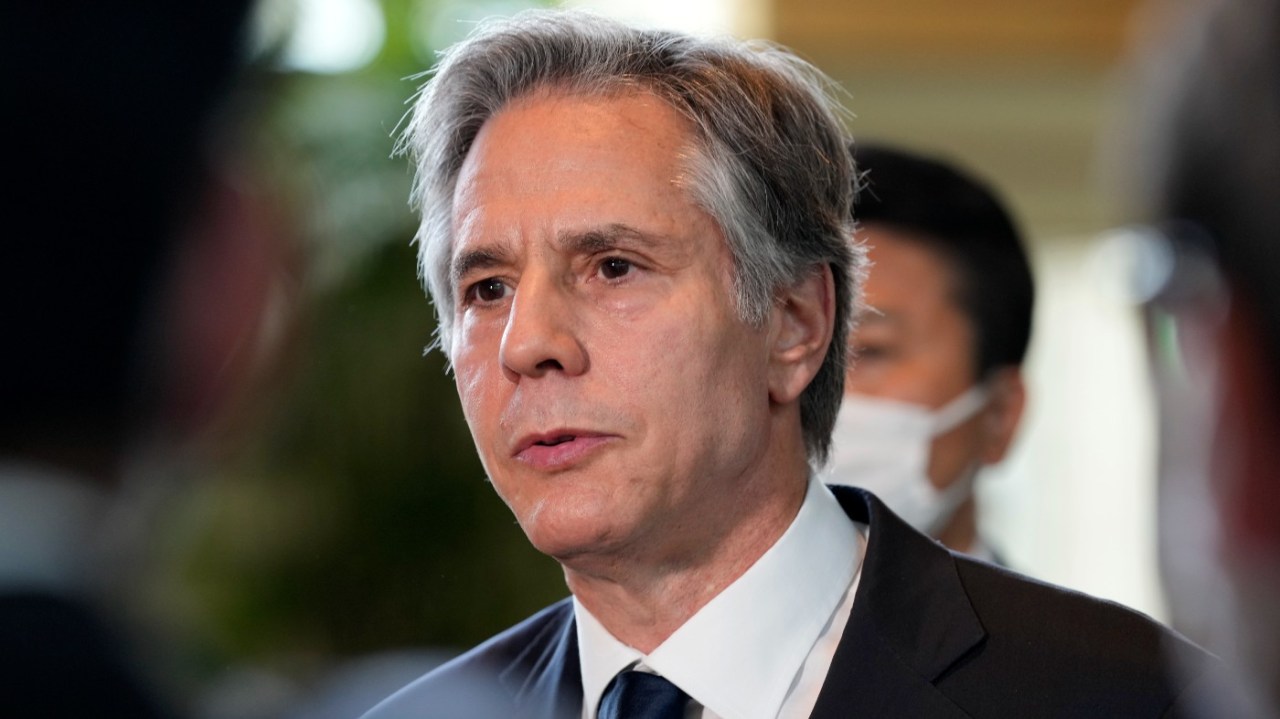 Blinken: US has told Russia to ‘stop the loose talk’ on nuclear weapons

Secretary of State Antony Blinken said the U.S. has told Russian officials to “stop the loose talk” on potential use of nuclear weapon, following reports that the Biden administration has privately warned the Kremlin to stamp out the escalatory rhetoric.

Blinken told CBS “60 Minutes” host Scott Pelley in an interview aired Sunday that the U.S. has been “very clear with the Russians” both publicly and privately “to stop the loose talk about nuclear weapons.”

“It’s very important that Moscow hear from us and know from us that the consequences would be horrific,” the secretary of state said. “We’ve made that very clear.”

National Security Advisor Jake Sullivan said Sunday the U.S. has warned Moscow of “catastrophic consequences” should it use nuclear weapons in Ukraine.

Amid stinging losses in Ukraine, Russian President Vladimir Putin last week warned in a televised address that Russia’s nukes were more modern than western nations and said his country was prepared to use them, adding the threat was “not a bluff.”

Ukrainian President Volodymyr Zelensky, who over the spring called an earlier Putin threat to use nuclear weapons a “bluff,” has now warned that Putin’s threats “could be a reality.”

Blinken on “60 Minutes” expressed concern that if Putin were to decide to launch a nuclear attack, there would be little resistance inside the Kremlin to stop it, a lack of checks on power that he called the “Achilles heel of autocracies anywhere.”

“There is usually not anyone who has the capacity or the will to speak truth to power,” the secretary of state said, adding that “Russia has gotten itself into the mess that it’s in is because there is no one in the system to effectively tell Putin he’s doing the wrong thing.”

Asked if he was worried about pushing Putin into a corner, Blinken said “Putin has a clear way out of the war he started, and that’s to end it.”

‘House of the Dragon’ Episode 6 recap: Who is Harwin Strong?

Sterling falls to record low of $1.035 against the dollar

Big tech and its critics lash out at journalism measure

Meghan Markle And Prince Harry’s Netflix Series Now Has A…

Twitter Users Not Impressed By John Bolton Threat To Run For…