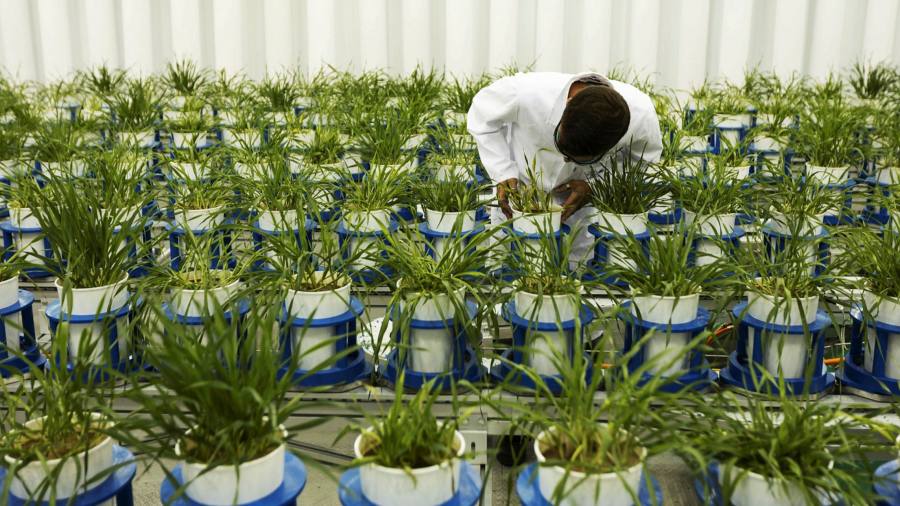 Bayer has upgraded its 2022 growth and profit forecasts, capitalising on the sharp rise in food prices that has boosted demand for seeds and weedkiller.

In results published on Thursday, the German drugs and chemicals conglomerate almost doubled its growth forecast for 2022. It is now expecting a year-on-year increase in sales of 8 per cent, to reach up to €48bn.

Its forecast for earnings before interest, taxes, depreciation and amortisation for the year is €12.5bn, compared with €12bn previously and €11.2bn last year.

The sharp increase in global food prices in the wake of Russia’s invasion of Ukraine has been a boon for Bayer’s crop sciences business, which accounts for half of its sales.

While the unit booked a €1.3bn impairment charge linked to rising interest rates, its ebitda adjusted for one-offs surged 72 per cent to €1.75bn in the second quarter, while sales increased 29 per cent. Sales of herbicides alone rose 51 per cent.

Bayer also signalled on Thursday that it remained relatively insulated from problems in the energy market.

Chief executive Werner Baumann said the company would be able to cope with the fallout from potential gas shortages during the winter, stating it does not expect “any material financial impact in 2022” from this and that Bayer can manage without gas relatively easily.

“From a technical perspective, we are well prepared to significantly reduce our reliance on natural gas by switching to alternative and renewable sources of energy,” he said, adding that Bayer is also consuming less energy.

He acknowledged that production shortages at its suppliers could still have knock-on effects but said the company had expanded its supplier network and was stocking up on raw materials and packaging.

Bayer’s optimism stands out in a country that is bracing for the rationing of gas over the winter and a potential severe recession.

With a 17 per cent rise in its share price over the past 12 months, it has been the third-best performing blue-chip in the Dax 40, which on average lost 13 per cent over the same period. However, it still trades close to 60 per cent below its level before the first rumours of its Monsanto takeover leaked in 2015.

Its $63bn acquisition of the US seed maker eventually went through in 2018 and has been a source of problems from the start, exposing Bayer to allegations that Monsanto’s best-selling glyphosate-based weedkiller Roundup causes cancer and triggering an investor revolt that Baumann barely survived in 2019.

Bayer has already set aside up to $16bn for existing and future Roundup lawsuits. In June, it suffered a major legal defeat when the US Supreme Court declined to hear an appeal over a landmark ruling that awarded $25mn to a man who claimed Roundup had caused his cancer.

In the second quarter, Bayer also set aside €694mn linked to settlement negotiations with the State of Oregon over legacy products sold by Monsanto containing toxic polychlorinated biphenyls, which have since been banned.

Opinion | Congress has given the president too many…