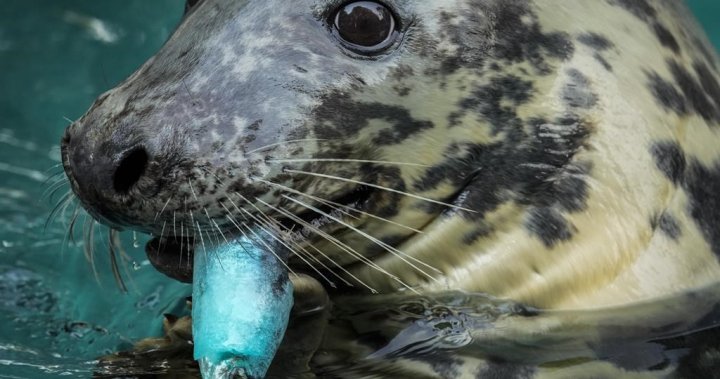 Avian flu: About 100 carcasses of seals found on Quebec’s shorelines

Quebec researchers say avian flu has been detected in at least two species of seal as an unusually high number of dead seals are being reported on the province’s shorelines.

The Reseau québécois d’urgences pour les mammiferes marins says about 100 carcasses of harbour seals were found since January along the south shore of the Lower St. Lawrence region, almost six times more than on an average year.

Stéphane Lair, a professor of veterinary medicine at Université de Montréal, says about 15 of these harbour seals have tested positive for the highly pathogenic H5N1, with a first case detected in grey seals last week.

He says seals most likely have been in contact with carcasses of infected eider ducks, with which they share the same islands to give birth at the beginning of the summer.

Jean-François Gosselin, a biologist with Fisheries and Oceans Canada, says these are the first reported cases of the virus being passed from wild birds to marine mammals in Quebec.

He says while the agency is monitoring the virus transmission, the situation isn’t concerning or a threat to endangering the seal population.