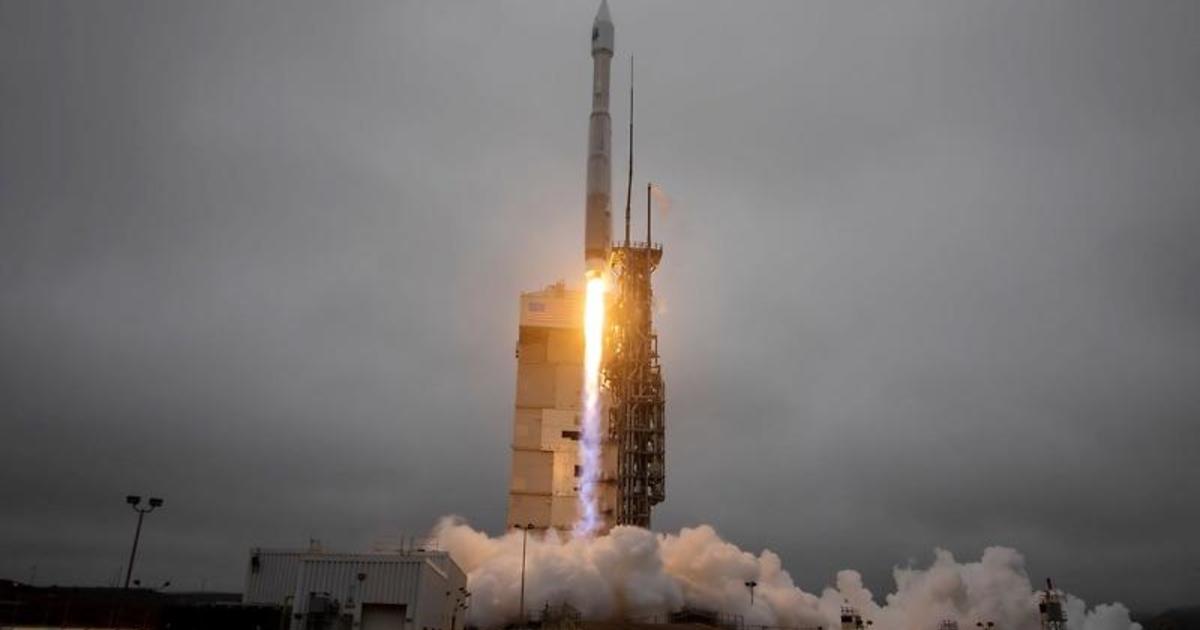 An Atlas 5 rocket blasted off from California Monday and boosted a powerful Landsat remote-sensing satellite into polar orbit. The $750 million mission will replace an aging, less powerful satellite and enable continued, around-the-clock observations of Earth and its environment.

“Landsat is our longest lived land remote-sensing program,” said Jeff Masek, Landsat 9 project scientist at NASA’s Goddard Space Flight Center. “Since 1972, we’ve taken over 9 million multi-spectral images of Earth’s land and coastal regions. Using this record, we can really document and understand the changes that have occurred to land environment, both from human activities as well as natural events.

“I think of Landsat 9 as a Swiss army knife,” he said. “It’s one basic set of observations that feeds an entire range of Earth science applications and research.”

The ride to orbit began at 2:12 p.m. EDT when a United Launch Alliance Atlas 5 rocket roared to life and thundered away from launch complex 3 at Vandenberg Space Force Base on the coast of California northwest of Los Angeles.

Powered by a Russian-built RD-180 first stage engine generating 860,200 pounds of thrust, the 194-foot-tall Atlas 5 majestically climbed away from its launch pad and arced to the south over the Pacific Ocean on a trajectory tilted 98 degrees to the equator.

One hour and 20 minutes later, after a 12-minute firing of the rocket’s Centaur second stage engine and a long coast phase, Landsat 9 was released to fly on its own, heading for a 438-mile-high “sun-synchronous” orbit around Earth’s poles.

Such orbits are used by weather, reconnaissance and environmental monitoring satellites like Landsat 9 because they ensure the spacecraft passes over any given point at the same local time each day and with the same lighting conditions.

Data will be collected by two instruments. The Operational Land Imager, built by Ball Aerospace, is sensitive to optical and near-infrared wavelengths and is capable of resolving surface features the size of a baseball diamond. The Thermal Infrared Sensor 2 measures surface temperatures, with extreme precision, across areas the size of a football field.

“The combination of optical observations as well as the thermal infrared give us a deep insight into many of Earth’s systems,” said Karen St. Germain, director of Earth Science at NASA Headquarters.

“With Landsat, we can see not just where there is vegetation, but we can also see what kinds of crops are growing and their health and even estimate yields. And that all contributes to food security around the world.”

Collecting optical and infrared data in 115-mile-wide swaths as the planet rotates below it, Landsat 9 will work in concert with Landsat 8, launched in 2013, to image the entire planet every eight days. Landsat 7, which the new satellite is replacing, will be retired after 22 years of service.

“The basic job of Landsat is to track both human induced and natural changes in the land environment and to better support land management decision-making,” Masek said.

“Landsat is used to look at long-term trends and ecosystems, human land use and land cover. Landsat is our best source for understanding rates of tropical deforestation as well as other forest dynamics like disturbances from hurricanes, wildfires and insect outbreaks as well as the recovery of those disturbances over time.”

The satellites play a key role monitoring agriculture, measuring water consumption by crops and the transfer of water to the atmosphere, as well as keeping tabs on glacial ice, a critical factor in understanding sea level rise.

Landsats 8 and 9, along with other environmental monitors, provide especially valuable data to farmers.

“Landsat data informs a wide range of decisions related to managing crop health and water resources,” St. Germain said at an earlier briefing. “These are critical decisions to mitigate global issues like regional famine or food scarcity in an era of accelerating climate change.

“This data (are) essential to global aid agencies, first responders here in the United States, policymakers at every level, major agricultural producers and individual people, from farmers and ranchers to urban planners.”

Landsat 9 was built by Northrop Grumman for NASA, which provided program management and arranged the launch. Once the spacecraft is checked out in orbit, the U.S. Geological Survey will take over satellite operations.

Bill Harwood has been covering the U.S. space program full-time since 1984, first as Cape Canaveral bureau chief for United Press International and now as a consultant for CBS News. He covered 129 space shuttle missions, every interplanetary flight since Voyager 2’s flyby of Neptune and scores of commercial and military launches. Based at the Kennedy Space Center in Florida, Harwood is a devoted amateur astronomer and co-author of “Comm Check: The Final Flight of Shuttle Columbia.”

Denial of responsibility! Elite News is an automatic aggregator of the all world’s media. In each content, the hyperlink to the primary source is specified. All trademarks belong to their rightful owners, all materials to their authors. If you are the owner of the content and do not want us to publish your materials, please contact us by email – [email protected]. The content will be deleted within 24 hours.
atlas 5Landsat 9NASA
0
Share FacebookTwitterGoogle+ReddItWhatsAppPinterestEmail