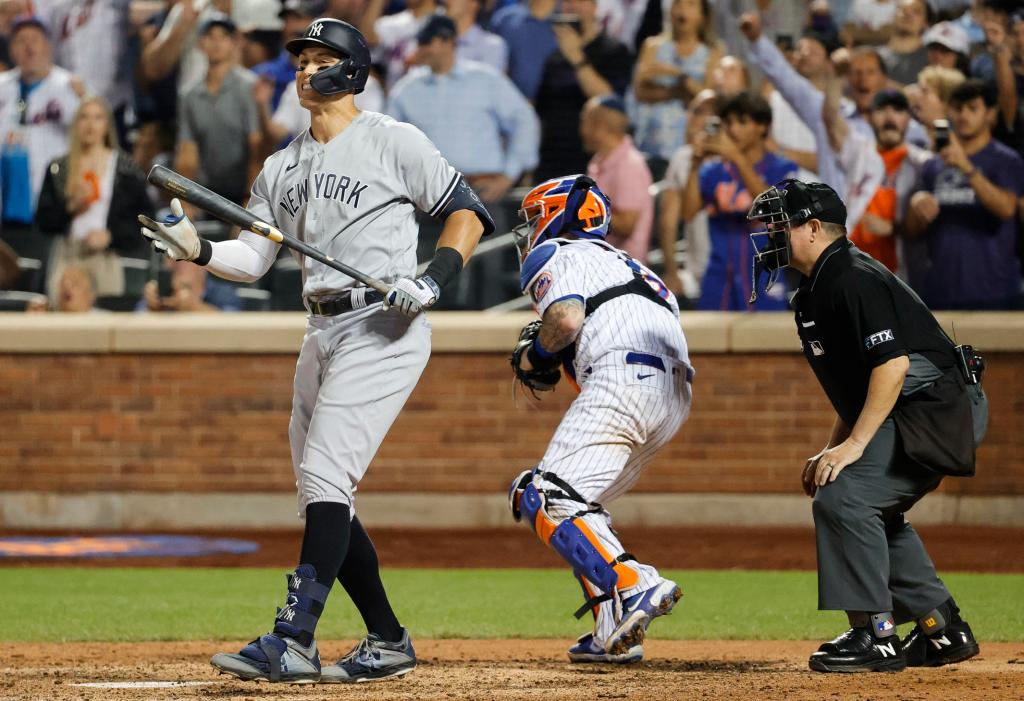 Yankees, Aaron Boone confident team will get through swoon

The daily updates on the Yankees’ record-setting win pace have become a thing of the past.

That’s what happens when a team goes through a 5-10 stretch like the Yankees are in, dropping five of seven on their just-completed road trip.

But as confident as the players sounded when they were rivaling the 1998 Yankees and other unstoppable teams, they’re not deterred by their current malaise.

“We know we’re really good and we know we hit a snag in the season,’’ Aaron Boone said after the Yankees suffered their sixth walk-off loss of the season on Wednesday, a 3-2 defeat to the Mets at Citi Field that dropped them to 66-33 on the year.

“We’re equipped for it and we’re ready to deal with it,’’ the manager said. “We actually embrace a little bit of adversity and we’ll power through it. There’s no question in my mind.”

“The biggest takeaway is to stay strong,’’ Aaron Judge said of the recent tough stretch. “Fifteen games doesn’t determine a season. We’ve still got a great ballclub. People will be asking what’s going right when we win 10 or 12 of 15.”

They got a bit of a spark after the loss, when the Yankees traded a trio of minor league pitchers to Kansas City in exchange for Andrew Benintendi, an outfielder who gives the Yankees some left-handed balance in the lineup.

Asked if the presence of Benintendi provides another aspect to a lineup that might be too reliant on power hitters, Boone fired back.

“He’s another great hitter,’’ Boone said. “It’s fake news you can have too many power hitters. We’ve got savages in the lineup. Benintendi is a great hitter. He gets on base at a high clip from the left side.”

Before the game, asked about potential additions at the deadline, Boone said, “We’re good. We know it. But we also know we’re obviously very beatable. We’ve got to play our best to be the last ones standing. That’s what we’re working on, to try not to let anything get in the way of that.

“And while trades can help, they can also hurt.”

They brought in Anthony Rizzo and Joey Gallo a year ago.

“We felt that last year when [Rizzo] and Joey showed up in Miami, that was a big deal,’’ Boone said. “Definitely, there are those jolts that do occur, but they’re just that. They’ve got to play out. Sometimes moves are moves that put teams absolutely over the top and are game-changers and sometimes it goes the other way, too.”

They’re hoping Benintendi will be an asset for them.

“We have to keep playing baseball,’’ Rizzo said. “I think we’ve proven ourselves and we’ve got to keep proving [ourselves]. This is part of it. It’s easy when it’s going good.”

“Every team is going to go through adversity,’’ Matt Carpenter said. “There’s no doubt in my mind this team will get hot again and you’d rather go through this now than at the end of September.”

As Boone said, “We’re unfazed. We know where we’re going and that’s our focus.”