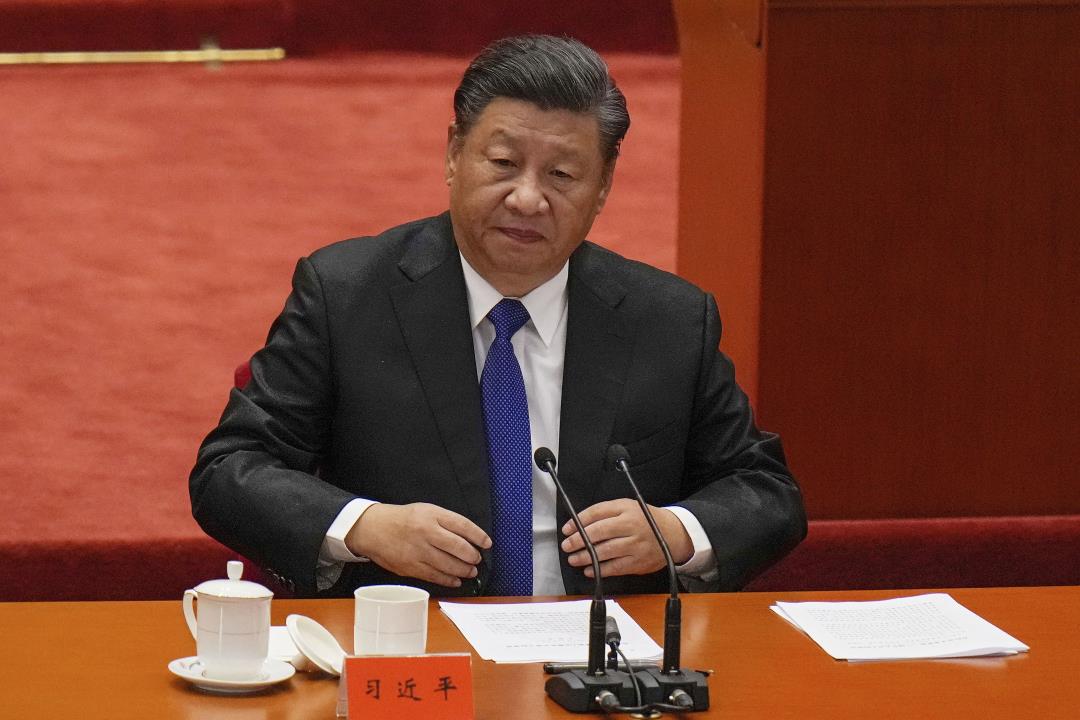 Xi Jinping Warns World to Butt Out of ‘Taiwan Question’

(Newser)
–
Tensions have been growing of late between China and Taiwan, with an incursion last weekend of Chinese fighter jets into Taiwan’s air defense zone, and Taiwan’s defense chief stressing the “urgency” of the situation. On Saturday, Chinese President Xi Jinping noted he wants all remain to peaceful between the two, but that there’s a larger goal he’s got in mind. “Reunification of the nation must be realized, and will definitely be realized,” he said at Beijing’s Great Hall of the People, during a celebration to mark the 110th anniversary of the revolution that overthrew the country’s last imperial dynasty, per the AP.


Xi added, “Reunification through a peaceful manner is the most in line with the overall interest of the Chinese nation, including Taiwan compatriots.” What Xi blames for holding up such reunification efforts, per CNN: Taiwan’s movements toward independence. “Those who forget their heritage, betray their motherland, and seek to split the country will come to no good,” he said, warning that the “Taiwan question is purely China’s internal affair” that warrants no outside “interference” from other countries.


Since Taiwan’s split from China in 1949 due to civil war, Taiwan has ruled itself, but China doesn’t recognize its sovereignty, and it hasn’t ruled out force to bring Taiwan fully back under its umbrella. Still, the BBC notes that Xi’s latest remarks were more “conciliatory” than they usually are, such as in July, when he vowed he would “smash” any formal moves by Taiwan to establish its independence. Xi has said previously he’d like to see Taiwan as a semi-autonomous part of China under a “one country, two systems” model, akin to how Hong Kong functions. (Read more Xi Jinping stories.)

Patroons will try to make some noise on Sunday against…