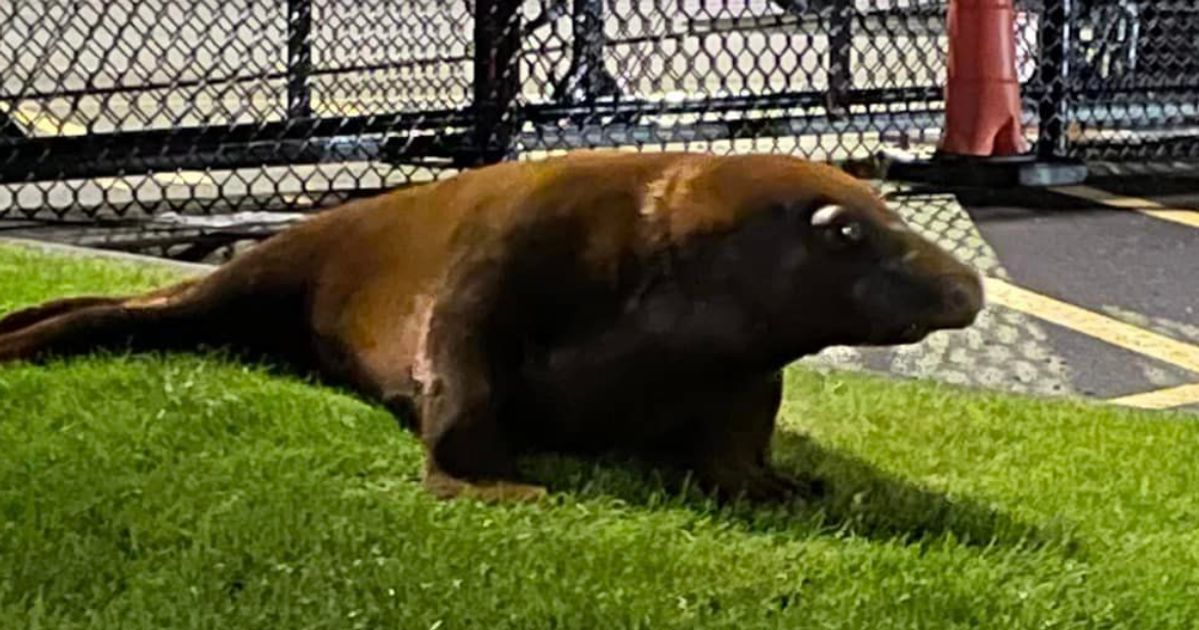 BEVERLY, Mass. (AP) — After evading the authorities, a wayward seal that made its home in a Massachusetts pond surrendered at a police station on Friday morning.

The gray seal first appeared earlier this month in Shoe Pond in the city of Beverly, northeast of Boston. The animal is believed to have traveled to the pond from the sea via a river and drainage pipes.

The seal quickly became a local attraction and even named “Shoebert” after its chosen pond.

Firefighters and wildlife experts used boats and giant nets in an effort to capture the wily animal Thursday, but gave up after several fruitless hours. Early Friday morning, however, Shoebert left the pond, crossed a parking lot and appeared outside the side door of the local police station looking, according to a police statement, “for some help.”

The seal was quickly corralled by a team of wildlife experts, firefighters and the police department’s “entire midnight shift,” according to a Facebook post from the Beverly Police Department.

“Shoebert appeared to be in good health and was a little sassy in the early morning hours,” the department reported.

The seal was transported to Mystic Aquarium in Mystic, Connecticut, where marine biologists will care for it before deciding whether to release it back into the wild.

“You will be deeply missed by your friends here,” the police department wrote on Facebook. “Over the past week you brought a lot of joy and happiness to our city. Feel free to come back and visit anytime!”

Inside the difficult art of clsoing out an NFL game