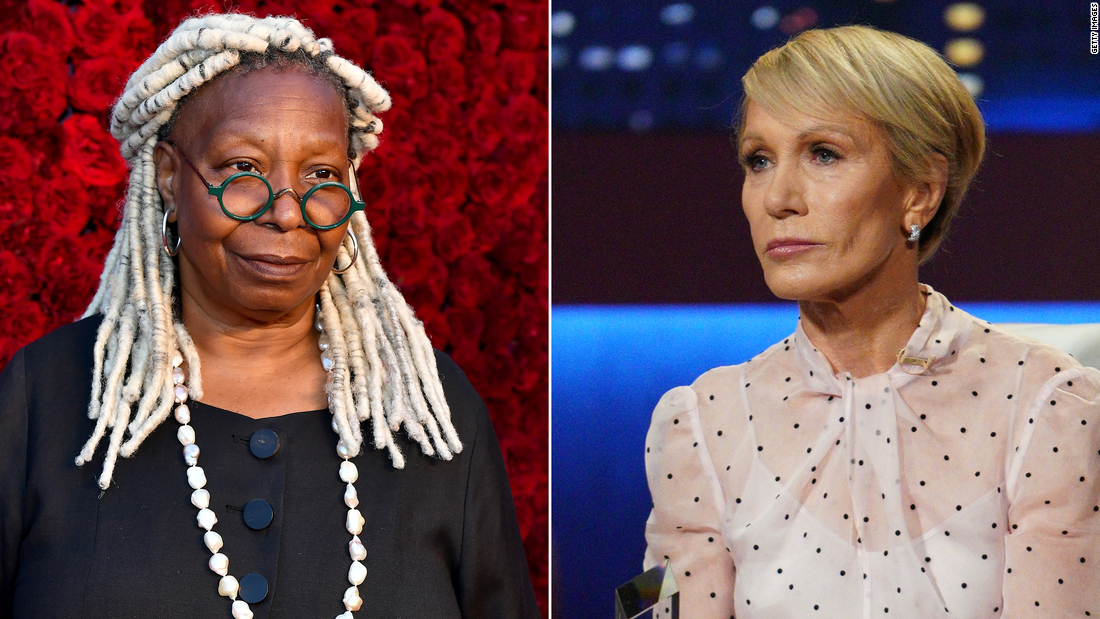 “I just came back from ‘The View’ and saw my old friend Whoopi,” she said. “She has a phenomenal sense of humor, and I’ve known Whoopi for years.”

“I made a joke at Whoopi’s expense, which I now realize wasn’t funny,” Corcoran continued. “For anyone who I may have offended unintentionally, I just wanted to say I really am very sorry.”

She was making an appearance on the show Goldberg moderates when the conversation turned to Emma Grede, who is the co-founder and chief executive office of the clothing line Good American, becoming the first Black woman guest shark on “Shark Tank.”

Good American, which was co-founded by Khloé Kardashian, is known for its jeans and has been hailed as being size inclusive.

Goldberg joked that she should try the jeans and wondered if they would fit her rear end given the Covid weight she’s picked up.

“When you get finished with those jeans and decide you don’t like them, give them to me,” Corcoran joked. “I’m gonna make two pairs.”

The joke appeared not to land well.

Israel rolls out coronavirus booster shots to people over 60