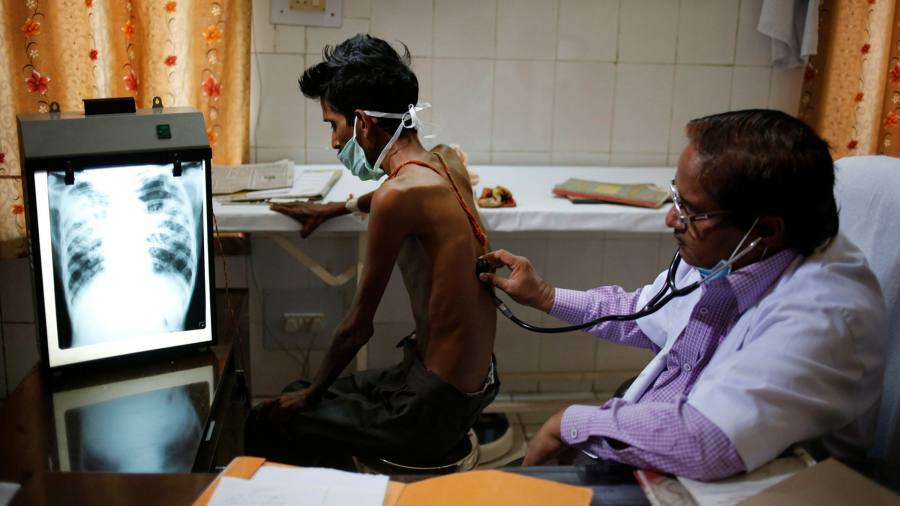 WHO warns progress on tuberculosis being undone by Covid pandemic

The coronavirus pandemic has erased years of progress in tackling tuberculosis, leading to the first increase in deaths caused by the disease in more than a decade despite the number of registered cases decreasing, the World Health Organization has warned in a report.

Tedros Adhanom Ghebreyesus, the WHO’s director-general, said the findings released by the health body on Thursday were “alarming”. He added that they should “serve as a global wake-up call to the urgent need for investments and innovation . . . in diagnosis, treatment and care” for the millions of people affected by the disease.

Tuberculosis is caused by bacteria that most frequently affects the lungs. It can spread by coughing. But it is both preventable and curable, with about 85 per cent of those who develop the disease successfully treated with a six-month drug regimen that also curtails the potential of onward transmission.

Yet the WHO said that in 2020 more people died from tuberculosis, with “far fewer” people diagnosed and treated, or provided with preventive treatment. In many countries, resources once deployed against TB were reallocated to Covid-19. Patients had also struggled to seek care during lockdowns, the WHO said. It estimated that about 1.5m people had died from TB in 2020, up from an estimated 1.4m the year prior.

“This report confirms our fears that the disruption of essential health services due to the pandemic could start to unravel years of progress against tuberculosis,” said Tedros.

Tuberculosis is not the only disease whose management has been affected by the pandemic. Health officials and pharma executives have warned for months that patients with cancer and other conditions have experienced underdiagnosis, with the full effects of the phenomenon unlikely to be clear for years to come.

According to the WHO, about 4.1m people globally have TB but have not been diagnosed, or their cases have not been officially reported to health authorities. This is an increase from 2.9m in 2019. Approximately 2.8m people accessed preventive treatment in 2020 — a reduction of about a fifth since 2019. Only one in three were treated for drug-resistant disease.

Global funding to tackle TB had fallen and was less than half of the $13bn a year global target by 2022, said the WHO. It warned that targets to tackle the disease worldwide, including aiming to reduce deaths by 90 per cent by 2030 compared with 2015 baseline figures, were “off track” and “increasingly out of reach”.

Progress in tuberculosis drugs, vaccines and tests has been constrained by the relatively low level of underlying research and development investment, which at about $900m in 2019 falls “far short” of the global target of $2bn a year.

Tommy Little ‘drank himself into a stupor’ after…

Fauci says Omicron variant doesn’t look severe, but ‘got to…

Biden, Obama and Other Leaders React to Bob Dole’s…