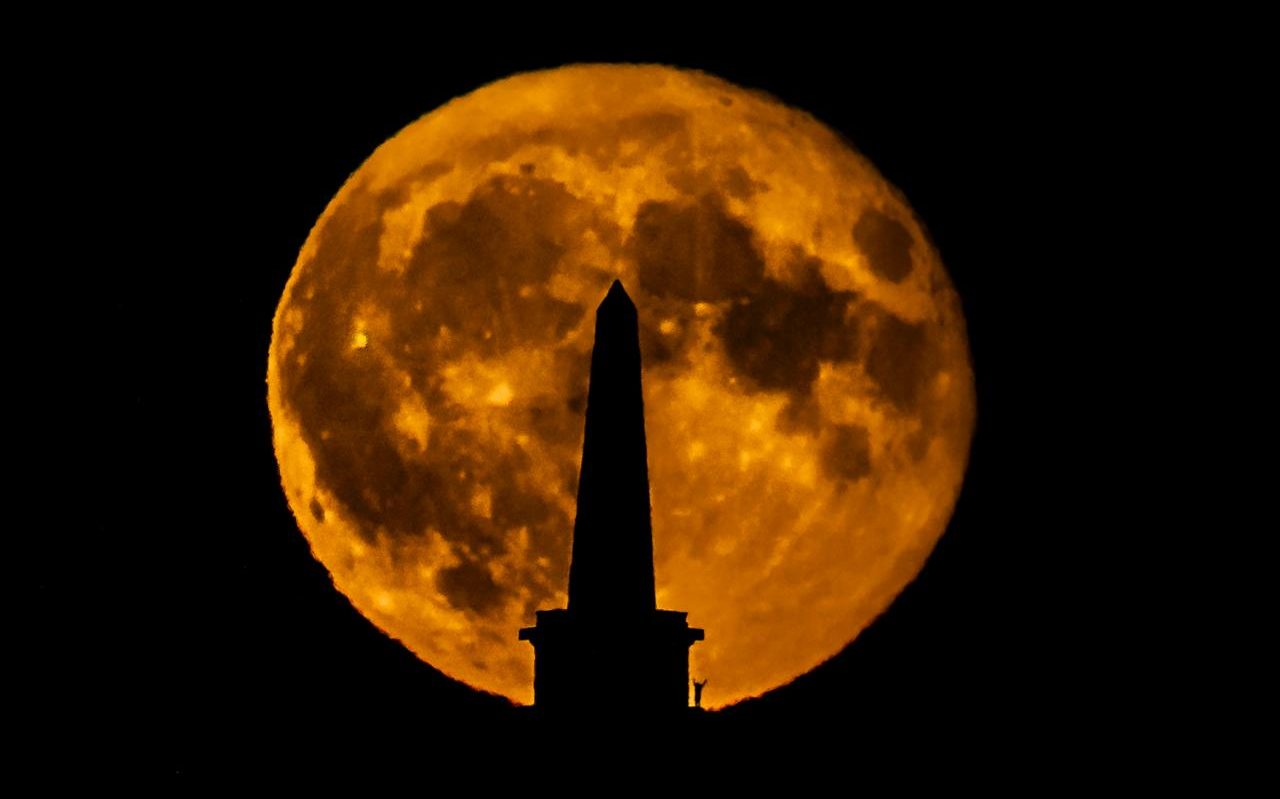 This full moon is named after the beginning of the strawberry picking season. It is also known as Rose Moon or Hot Moon, commemorating the start of the summer’s warm weather.

It appears in the same month as the summer solstice, the longest day of the year (June 21), in which we can enjoy 16 hours and 38 minutes of daylight.

Named due to the prevalence of summer thunder storms. It’s otherwise known as the Full Buck Moon because at this time of the year a buck’s antlers are fully grown.

In 2019, the Thunder Moon was extra special because not only did it coincide with the partial lunar eclipse, it also fell on the 50th anniversary of the Apollo 11 mission.

Synonymous with the final days of summer and the beginning of the harvest, the Sturgeon Moon is named after the prehistoric-looking fish that Native Americans would catch at this time of year.

It is also often referred to as the green corn moon, the grain moon, and the red moon for the reddish hue it often takes on in the summer haze.

September’s full moon is the closest to the Autumn equinox. It is referred to as the Harvest Moon because it was during this month that most of the crops were harvested ahead of the autumn with the moon giving light to farmers so they could carry on working longer in the evening.

Some tribes also called it the Barley Moon, the Full Corn Moon or Fruit Moon.

A blood supermoon is a lunar eclipse which occurs during a full moon. This year, it appeared bigger and brighter, and for a number of minutes, appeared red on the same evening as the Flower Moon.

An eclipse occurs when the Earth obscures the Moon from the Sun. However, for a blood moon, the satellite is only briefly obscured from the Sun by the Earth’s shadow, meaning that light filters through the Earth’s atmosphere, allowing only the long wavelengths, red and orange, to travel through and reflect from the Moon’s surface back to Earth.

Unfortunately, this phenomenon is only visible from certain parts of the world, with NASA saying that those in Hawaii having the best view.

For those in the UK, it was not possible to see the Super Flower Bloodmoon in the sky. However, there were multiple live streams across YouTube broadcasting the event from 9:45am GMT.

A total lunar eclipse, otherwise known as a ‘blood moon’, occurs when the Moon moves into the Earth’s shadow. At the distance of the Moon, this shadow appears like the bull’s eye at the centre of a dartboard.

The umbral shadow slowly creeps across the Moon’s disc until it engulfs it completely. You might think the Moon would disappear from view at this point but this is typically not the case. The Earth’s atmosphere acts like a lens, refracting or bending the Sun’s red light to infill the otherwise dark umbra. This results in the Moon’s usual bright white hue transforming into a deep blood orange.

Space fans will remember that the last total lunar eclipse graced our skies on January 21, 2019. In total the celestial spectacle – which was also a full moon and a supermoon – lasted five hours, 11 minutes and 33 seconds, with its maximum totality peaking at 5:12am.

Did Dictatorships Outperform Democracies Against COVID-19?

Lawmakers See Path to Rein in Tech, but It Isn’t Smooth

Opinion | Human Composting Should Be an Option for New…