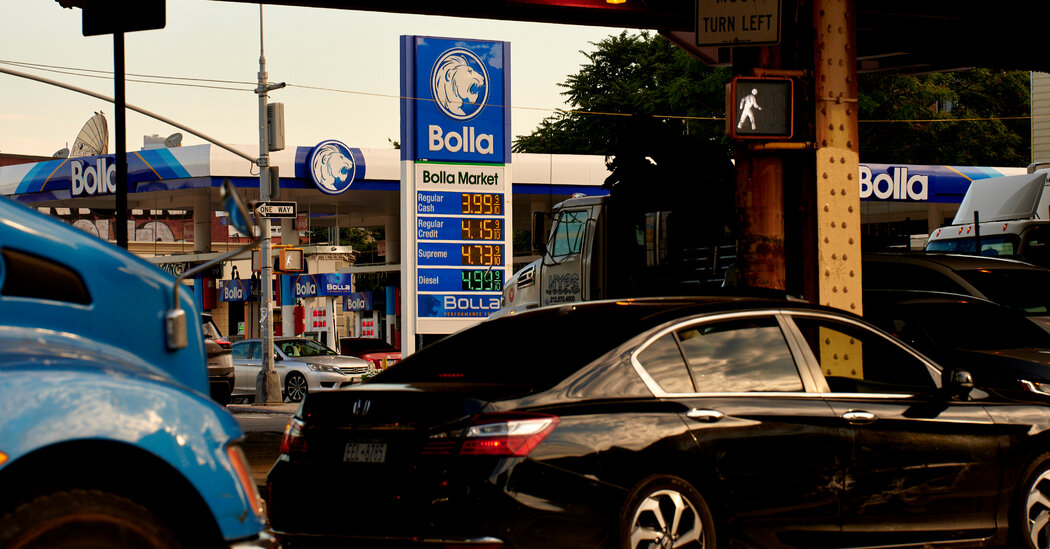 What Today’s Inflation Report Means for the Federal Reserve

Consumer Price Index inflation cooled meaningfully in July as gas prices declined, which is good news for the Federal Reserve, though not yet enough for policymakers to conclude that America is through the worst of its burst of rapid price increases.

While costs finally stopped increasing at an accelerating rate, they are still climbing at an unusually rapid clip, making everyday life expensive for consumers. And a big chunk of the pullback in July came from dropping gas prices, as the average cost of a gallon of fuel began to fall back toward $4 after peaking at $5 in June.

Fuel costs are notoriously volatile, and with Russia’s invasion of Ukraine injecting heightened geopolitical tensions, officials are unlikely to stake victory on a slowdown that could quickly reverse itself. That said, the report contained other good news: Airfares came down in price, which was expected, but so did the cost of apparel, hotel rooms and used cars. The slowdown in core prices, which strip out volatile food and fuel costs to give a sense of the underlying trend, was more pronounced than economists had expected.

Despite all those positive developments, costs continue to climb rapidly across many goods and services. Rapidly rising rents are likely to particularly stick out to the Fed, because they make up a big chunk of overall inflation.

The big question on Wall Street is what the new data will mean for the Fed’s policy path ahead — and investors on Wednesday interpreted the fresh data as likely to allow the central bank to slow down its rapid rate increases.

The Fed raised interest rates by three-quarters of a percentage point in both June and July, and officials have signaled that another one of those abnormally large increases should be up for debate at their upcoming meeting on Sept. 20-21. But investors are betting that slower inflation and moderating inflation expectations could shore up support for a smaller move.

Still, Fed officials have warned against reacting too much to one data point.

“It can’t just be a one month. Oil prices went down in July; that’ll feed through to the July inflation report, but there’s a lot of risk that oil prices will go up in the fall,” Loretta Mester, president of the Federal Reserve Bank of Cleveland, said during a recent appearance. It would be a mistake to “cry victory too early.”

Fresh vegetables and other fresh food can be yours at home…