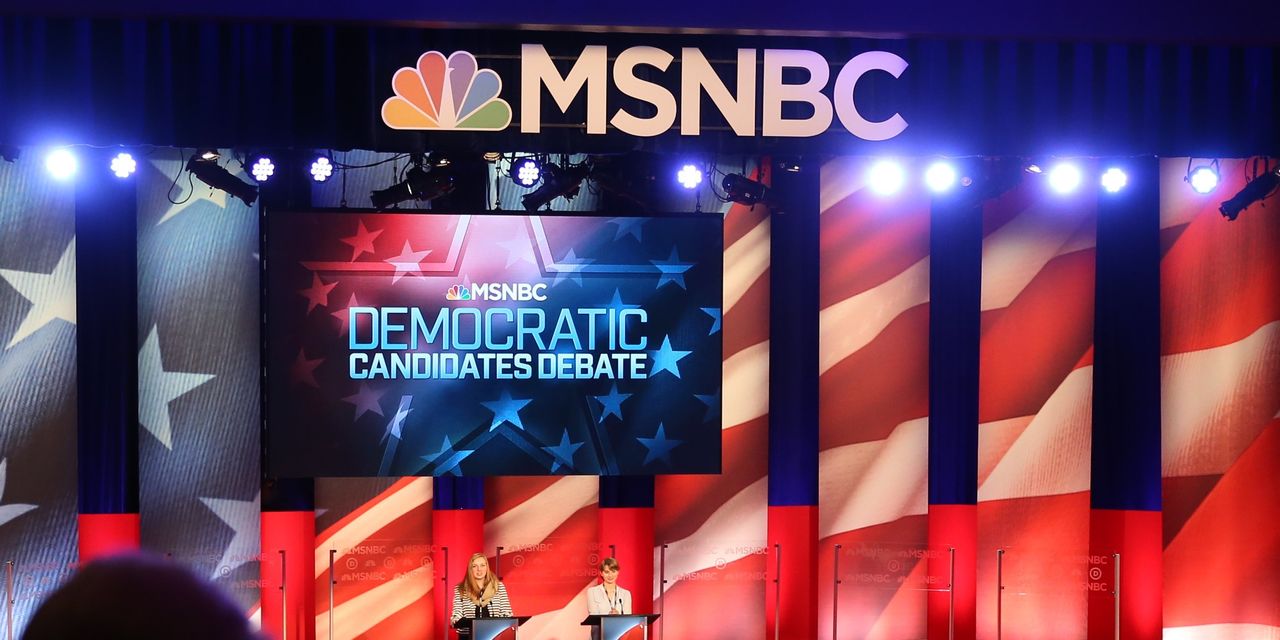 What CNN and MSNBC Can Learn From the New York Times

Large U.S. news outlets that defined themselves by their opposition to Donald Trump are now attracting smaller audiences in the era of Joe Biden. Rather than trying to convince the consumer that they will now offer objective journalism, perhaps they should focus on developing other products.

“CNN seems to be moving back more toward straight news and away from some of the blatant opinion-mongering by its anchors that characterized its past few years,” says Mark Feldstein, chairman of the broadcast journalism department at University of Maryland, and a former CNN correspondent.

We’ll see. What’s clear is that both CNN and MSNBC are struggling to attract viewers. Mr. Steinberg adds:

In the second quarter, CNN’s primetime viewership among people between 25 and 54 — the audience most coveted by advertisers in news programs — was off by 31%, compared with 40% for MSNBC and just 2% for Fox News Channel.

Benjamin Mullin of the

Projections from S&P Global Market Intelligence say CNN’s profitability is on a pace to decline to $956.8 million this year. That would mark the first time since 2016 that the network had dipped below $1 billion in profit, according to three people familiar with its operations…

Ratings are down from their Trump-era heights across cable news, but declines at CNN are particularly pronounced. The network has drawn an average of 639,000 people in prime time this quarter, according to data from Nielsen, a 27 percent decrease from a year ago. It trails MSNBC, which is down 23 percent in prime time during the same period, and Fox News, where viewership is up about 1 percent.

In the world of print media, the New York Times also embraced more strident and politicized coverage. As if readers hadn’t noticed, a New York Times report in 2020 admitted that its standards were changing:

The paper is in the midst of an evolution from the stodgy paper of record into a juicy collection of great narratives, on the web and streaming services.

It’s all been highly entertaining for leftists, but of course leftists aren’t the only people who like to have fun. Perhaps mindful that non-leftist news consumers may no longer view its flagship product as a reasonable option, the New York Times Co. has lately made a number of investments in products that are more about fun, from puzzles to sports. Maybe it’s working. This week Rick Edmonds writes at Poynter:

Despite a relatively slow news cycle and a changing mix of products, The New York Times Co. reported Wednesday that it added a net of 180,000 digital-only subscribers in the second quarter…

For years, the Times financial reports have emphasized digital subscriber growth and broken the gains down between news and vertical products like games and cooking. That stopped with the current quarter. Asked directly in a conference call with analysts how much of the 180,000 gain was from news, CEO

Instead she reiterated several times in the call that the current marketing emphasis is on an all-access subscription bundle that gives a reader access to news, games, cooking, The Athletic and the product recommendation site Wirecutter.

This column visited Wirecutter and found it to be charmingly unlike the Times. One piece this week carries the intriguing headline, “The Best Smokeless Fire Pits.” Kit Dillon reports :

Few things are as pleasurable as a toasty fire in the backyard on a chilly evening.

But if you find that the accompanying smoke dampens the pleasure, or if your neighbors live close by and prefer to keep their bedroom windows open to catch the cool air, you might consider using a so-called smokeless fire pit, which eliminates some (but not all) of your fire’s smoke and most of the ash. We spent three months testing six fire pits in Hawaii and California. In the end we chose two as our top picks: the Solo Stove Bonfire 2.0 for most people and small backyards, and the Tiki Fire Pit for people with larger yards or those who enjoy the more patio-inspired looks of the Tiki model.

Although we did choose two favorites, note that in our testing nearly all the smokeless-pit designs worked more or less the same… What distinguishes fire pits from one another is largely their looks, how easy they are to clean, and, to some extent, the available accessories. As a result, finding the right fire pit for you is a matter of personal choice, depending on your needs.

The delightfully customer-focused reportage does not even shame the reader for wanting to have a pleasant evening at which some carbon dioxide emissions can occur.

In another refreshing departure from Times custom, the piece does not bludgeon the consumer into accepting the political doctrines of alleged experts but humbly requests consideration:

Why you should trust me

I have worked for Wirecutter for six years in various capacities, writing about everything from backpacks to luggage to road-trip gear to car-camping tents. I currently live on the North Shore of Oahu, Hawaii, and spend a large amount of time at the beach working on our beach gear guide and our guide to camp cooking gear. Years ago, I tested a half ton of charcoal for a Wirecutter guide, comparing burn rates and cooking temperatures. I have been playing with fire at Wirecutter for a long time.

We may finally have found an expert we really can’t do without. To top it off, the kind author did not even feel the need to craft an asinine claim that patio hospitality is somehow linked with racism and sexism.

This column will go out on a limb and predict broad consumer acceptance of such coverage.

James Freeman is the co-author of “The Cost: Trump, China and American Revival.”

Overlooked No More: Alda Merini, a Poet of Mental Illness