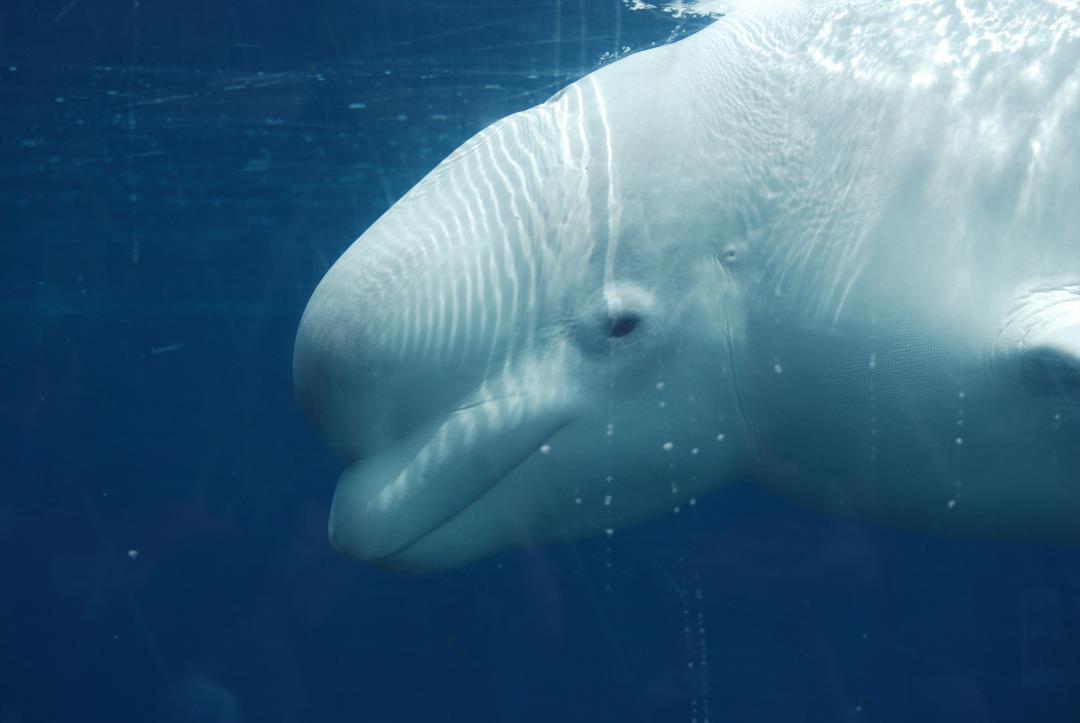 Whale Is Stranded in the Seine

(Newser)
–
A beluga whale is stranded far from home, and now French officials are trying to figure out how to get it to safety. The BBC reports that the skinny-looking whale is right now floating near Vernon, 45 miles or so northwest of Paris and way south of the chilly Arctic waters where it usually resides. The Independent has video of the whale looming under the water’s surface, rescue service boats idling nearby with drones to keep an eye on the misplaced mammal. Reuters reports that it appears to be swimming very slowly, if at all, and officials are brainstorming on how to help it get back to more accommodating waters.


“The challenge now will be to help feed it, and try to accompany it towards the ocean,” Lamya Essemlali of the Sea Shepherd France NGO tells the news outlet, which notes that although belugas typically hang out in frigid Arctic and sub-Arctic waters, they can live in warmer waters for a short time. It’s not the first time whales have turned up in the French river of late: At the end of May, a sick orca died in the Seine after it became separated from its pod; efforts to guide it out using sound stimuli were in vain. Then, in June, what’s believed to be a minke whale showed up in the river, near the English Channel.


“This is unprecedented,” Delphine Eloi, who heads up the GECC mammal research group, said at the time, per ABC Australia. A few years back, a handful of whales also showed up in the Thames in England. In this latest case, Essemlali says that plucking the whale from the water and transporting it elsewhere is too risky of a venture. Instead, the local fire department is keeping tabs on the animal and trying to assess its health status so officials can figure out the best way to help it. (Read more beluga whale stories.)

MPs, senators to review how security agencies use spyware…