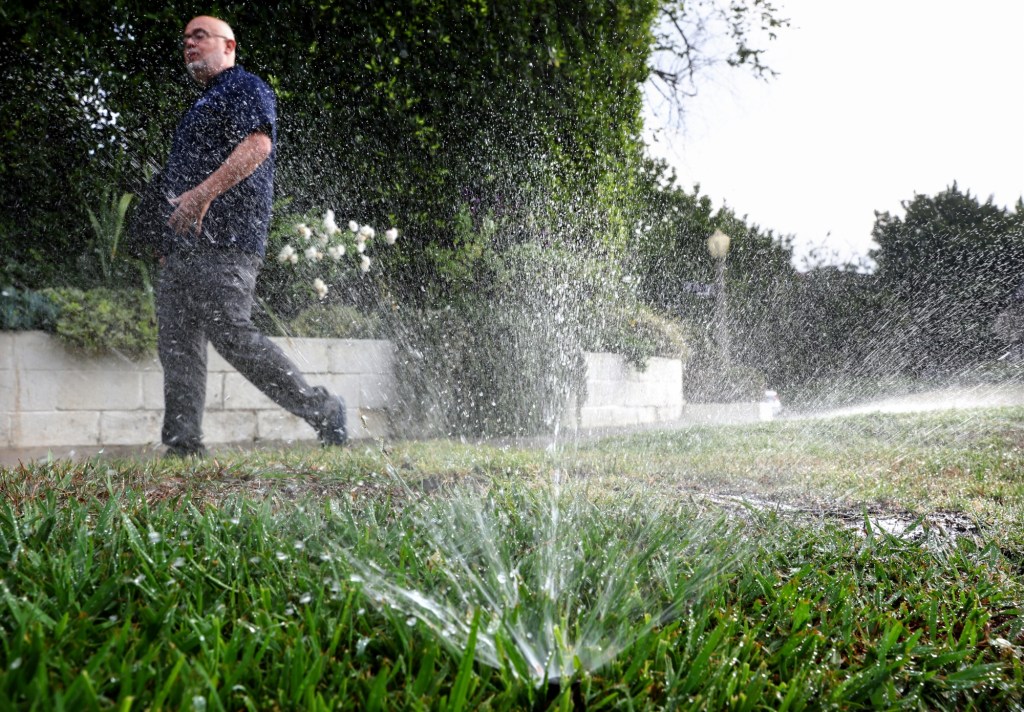 After months of failing to conserve water, Californians are finally starting to make significant progress as the state’s three-year drought worsens, summer heats up and local agencies are increasing rules and penalties for water wasters.

That’s still short of the 15% goal that Gov. Gavin Newsom set last July. But it is a considerable jump from the 3.1% savings in May compared with May 2020. And it is a major change from March and April, when residents cranked up lawn sprinklers during an unseasonably dry spring, actually increasing water use statewide by 18.7% and 17.8% compared to those months two years ago.

“The numbers are an improvement to say the least,” said Joaquin Esquivel, chairman of the State Water Resources Control Board, which released the monthly data on Tuesday. “In March and April, we saw increased usage, and here in June we are starting to see a real response.”

Northern California continued to close in on Newsom’s goal, with the Bay Area saving 12.6% in June compared to June 2020 — the biggest savings of any region in California — while the South Coast area, which includes Los Angeles, Orange and San Diego counties, reduced by 5.9%.

Local water agencies said Tuesday that any water saved now will help if the drought drags into a fourth year.

“Our residents and businesses are being mindful of their water use, and are fixing leaks and trading their grassy lawns for drought-tolerant gardens,” said Doug Linney, board president of the East Bay Municipal Utility District, which provides water to 1.5 million people in Alameda and Contra Costa counties. “These actions lead to long-term savings, which prepare us in case next year is dry, and help us respond to a climate that is changing in front of our eyes.”

On May 23, Newsom told the leaders of the state’s largest water agencies that lagging conservation was a “black eye” as the state struggled with shrinking reservoirs and disappearing groundwater.

At the time, he said his office would monitor the situation over the next 60 days, and he told the agencies to step up outreach and education efforts to communicate the urgency of the crisis to the public. A few weeks later, the state water board required most cities and water districts to limit outdoor watering to two days a week and ban the irrigation of “non-functional turf,” or grass at office parks and industrial sites, but not at schools, parks or golf courses.

Esquivel said that those measures are behind some of the improved conservation numbers now.

Newsom met again Friday with local water agency leaders from around the state. Since his request for 15% voluntary savings a year ago, the state cumulatively has a way to go, having reduced urban water use over the past year by just 2.7%.

So far, Newsom has not told the water board to shift to mandatory statewide targets with fines for agencies that fall short, as Gov. Jerry Brown did during in 2015 during the state’s last drought. But he continues to meet with local water leaders and is watching closely, Esquivel said.

“He’s keeping all those options open,” Esquivel said. “The options are on the table. We are moving in the right direction.”

Many water agencies oppose mandatory state targets. Some say they have ample local supplies, having made major investments in new reservoirs, groundwater projects or, in the case of San Diego, which used 4.1% more water this June than in 2020, building a desalination plant.

Meanwhile, light rain that sporadically wet the Bay Area and much of Northern California on Monday may have helped curb fire risk for a few days, but it didn’t make a dent in the drought. Most places got one-hundredth of an inch of measurable rainfall — about the thickness of two sheets of paper — if any.

After three dry years in a row, 97% of the state was in a severe drought on Thursday and 59% in an extreme drought, the third and fourth most severe of five drought categories, according to the U.S. Drought Monitor, a weekly federal report.

The state’s largest reservoir, Shasta, near Redding, was just 37% full Tuesday. Its second-largest, Oroville, in Butte County, was 41% full.

Some urban residents grumble about conserving since agriculture is responsible for 80% of the water that Californians use. But Esquivel said that when local areas save, they are often preserving local supplies in reservoirs and groundwater banks. And he noted that farmers have seen major reductions in water use this year with near zero deliveries from the Central Valley Project and State Water Project, and new state rules curtailing how much they can divert from streams and rivers.

“Ag is taking a haircut just like everyone else,” he said. “This is a society-wide challenge we are facing with climate change and these droughts. We have never seen conditions like this.”

Major agencies’ water use in June, compared with June 2020:

Doubles tennis at Citi Open is chance for practice and fun