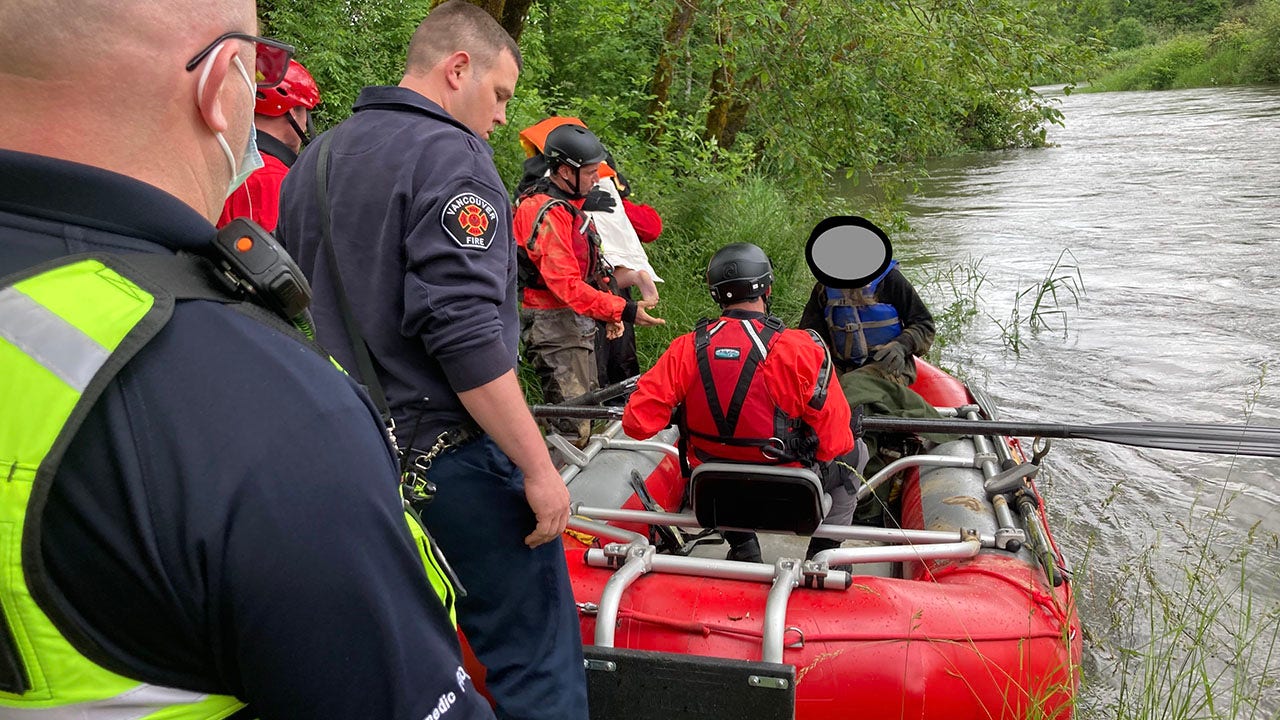 Firefighters in Washington state rescued a father and his two daughters from a river after their boat capsized over the weekend.

Clark-Cowlitz Fire Rescue responded just after 1 p.m. Saturday to a report of a drowning at the East Fork of the Lewis River in Ridgefield, the agency said.

Reaching the area was difficult due to steep cliffs and terrain, overgrown brush, and the location having no established access points, rescuers said.

Once reaching the riverfront, officials said firefighters located an adult male and his 8-year-old daughter on the riverbank. He told rescuers that he was traveling in a motorboat when it struck a collection of trees in the water and started to take on water.

The boat then capsized, throwing him and his two daughters into the river, he said.

Rescuers initiated a wide-area search with a raft and rescue swimmers, who eventually located the girl about 100 yards downstream from the incident.

All three were taken to an area hospital in stable condition and treated for exposure.

While the father was not wearing a life jacket, both children were, which likely saved their lives, officials said. Officials went on to remind the public that wearing the appropriate personal flotation device should always be part of safe boating.

The States With Most and Least Expensive Gas Prices: See the Map