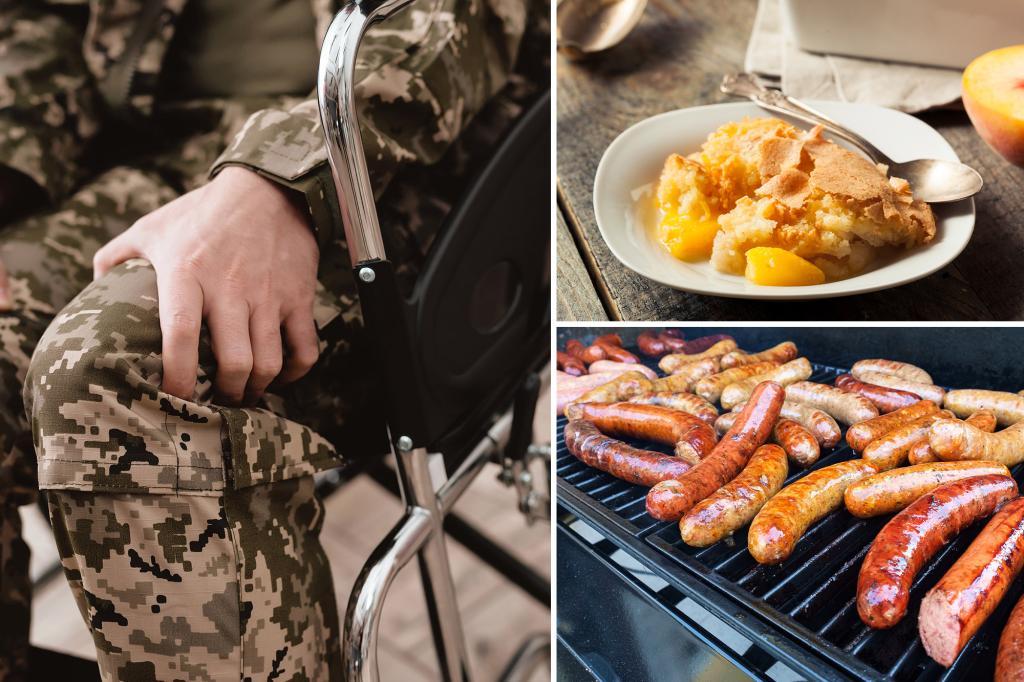 Veterans are being healed through ‘Meat Therapy’

Jason Wilson, a US Army veteran, appeared on “Fox and Friends Weekend” on Saturday morning to discuss “healing in the form of barbecue,” given that many veterans return home with issues that need addressing in one way or another.

“Barbeque has always been a big part of my life,” said Wilson.

And “when I was transitioned out of the Army back in 2009, it was not an easy transition for me at all,” he said, adding that he “struggled with a lot of different things.”

He found that “serving others” always helped him — and for him, that meant literally serving others with good barbecued food.

“It helped me reconnect with others,” he said.

About three years ago, he said he started a platform to share his passion for cooking and preparing good food — and “to show others” that it’s OK to have something a little out of the mainstream if it’s healing and helpful to other people.

He said he “created Meat Therapy on Instagram and other platforms” — “and here we are today,” he said.

He described some of the delicious bratwursts he prepared.

Wilson braised the meat in some onions, some house-made seasoning and Shiner Bock Beer — and went “low and slow on the smokers, at 225 degrees for about two hours.”

He was using Masterbuilt grills for all of his meat preparation.

Boot Campaign is one of the beneficiaries.

As for dessert, “it’s super simple,” he said.

“Life is busy, so we wanted to keep the ingredients easy.”

He described the easy-to-use ingredients for his delicious peach cobbler dessert — which everyone will need to try out!

Boot Campaign helps veterans with issues that arise once they arrive back home after their deployments.

“Boot Campaign began when average Americans chose to outwardly express their gratitude for active duty service members, veterans and their families by lacing up one of the most visible signs of military service: combat boots,” the website explains.

“Our decade-long efforts have only been made possible by patriots from coast to coast who heard our mission, believed in it and took the next step to help us spread it amongst their friends, families and colleagues.”