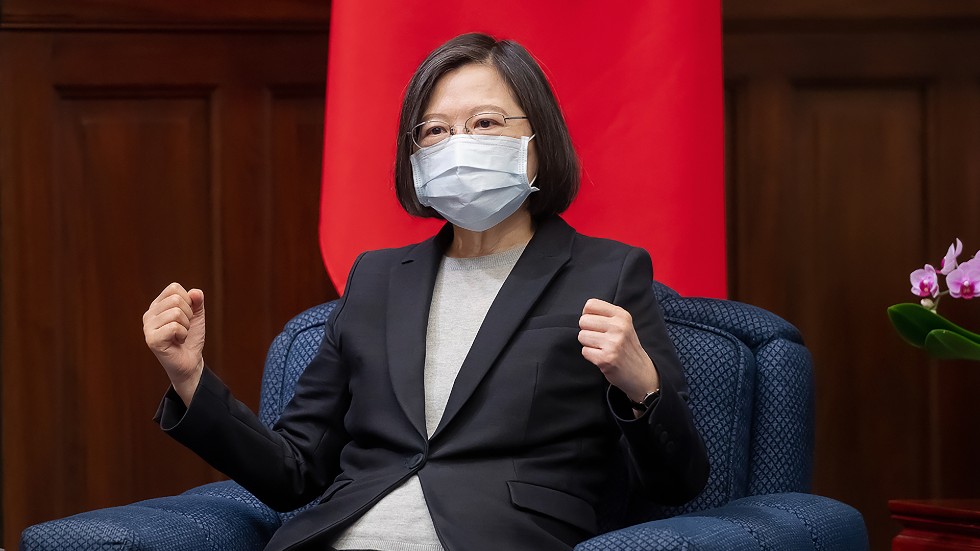 New legislation in the House that would sanction China for threatening Taiwan follows a similar initiative in the Senate as lawmakers seek to discourage any moves similar to Russia’s invasion of Ukraine.

The House bill introduced Wednesday promises to force Chinese banks out of international financial systems if China poses any threat to Taiwan’s security or its “social or economic system,” although the legislation doesn’t define a social threat.

In broadening its definition of potential Chinese threats to Taiwan, the bill introduced by Rep. Frank Lucas (R-Okla.) goes further than similar legislation put forward last month in the Senate, which would sanction China only in the event of a military invasion, economic blockade or coup attempt.

However, the Senate bill, which is not yet set for a vote, is more severe than the House bill in its proposed sanctions, which include asset freezes and visa revocations on Chinese nationals, and would go so far as to “sever all financial transactions between the U.S. and China.”

Total trade between the U.S. and China came to more than $615 billion in 2020, according to the United States trade representative, with United States exports reaching almost $165 billion.

Lawmakers see these measures as an economic warning shot aimed at China’s Taiwan policy following the Russian invasion of Ukraine, which analysts say China has largely condoned despite public calls for peace. At the United Nations Security Council in the weeks following the initial invasion, China declined to “deplore” the Russian military operation in a resolution that Russia vetoed.

The House bill is “rising to a need that has to be addressed based on circumstances that we’ve seen around the world in the last few months,” Lucas said in an interview.

“Why not be prepared and not have to respond after the fact the way we did previously?” he added. “That’s what this piece of legislation is all about, saying up front that if under the Taiwan Relations Act the President informs Congress that there is a threat to the security of the social and economic system of the people of Taiwan, then let’s trigger provisions.”

If enacted, the bill would seek to exclude China from the Bank for International Settlements, the Group of 20 and the International Organization of Securities Commissions, among other financial groups mostly within the banking industry.

“The situation in Ukraine is the very real consequence of weak leadership and a lack of true deterrence for Russia. Taiwan is a friend, good trading partner, and beacon of freedom and democracy,” Sen. Kevin Cramer (R-N.D.) said of his own bill in the Senate. “Our bill threatens crippling financial sanctions as a deterrence to China trying to follow in [Russian President Vladimir] Putin’s footsteps as it relates to Taiwan.”

U.S. analysts characterize Taiwanese leadership as on guard against Chinese encroachments following the Russian campaign in Ukraine, but not fearful.

“I would describe [Taiwanese] President Tsai [Ing-wen] and her team as gripped with a sense of urgency about the implications of Ukraine for Taiwan, but not panicked, not in a crisis,” Michael J. Green, the senior vice president for Asia at the Center for Strategic and International Studies, a Washington think tank, said during an online event following a trip to Taiwan in March.

He said there was “no sense of imminent Chinese invasion because of Ukraine.”

During the trip, which was organized by the White House, the delegation was trolled by the Chinese Ministry of Foreign Affairs, Green said, observing that as much as 90 percent of the social media commentary on Ukraine was negative about the U.S. and that much of that criticism may have been originating in China.

The commentary revealed the narrative “that Beijing was trying to push about the weakness of Taiwan, that Ukraine shows how vulnerable and weak Taiwan is and how resistance is futile,” Green said.

Whether these sorts of social media messaging campaigns would constitute the type of threat to the Taiwanese social system that would trigger the House bill’s sanctions is unclear.

Questions grow about Biden’s position on a gas tax holiday

Also uncertain is the extent to which economic relations between the U.S. and China can be fundamentally downgraded in the event of Chinese action on Taiwan, given the scale of trade and commercial interaction between the two economies.

“On economic issues, where rhetoric and actions around de-coupling command the most attention, trade and investment data continue to point stubbornly in the direction of deep interdependence,” Ryan Hass, a foreign policy fellow at the Brookings Institution, wrote in a 2021 brief.

China has “given [the U.S.] a substantially higher standard of living,” Lucas said in regard to his legislation, “because they’ve paid the cost with cheap manufacturing. But they’ve capitalized on it, and they’ve created a capital accumulation that enables other things from basic research to the space program they have. So the game is on, as we would say, and it’s not going to stop any time soon.”