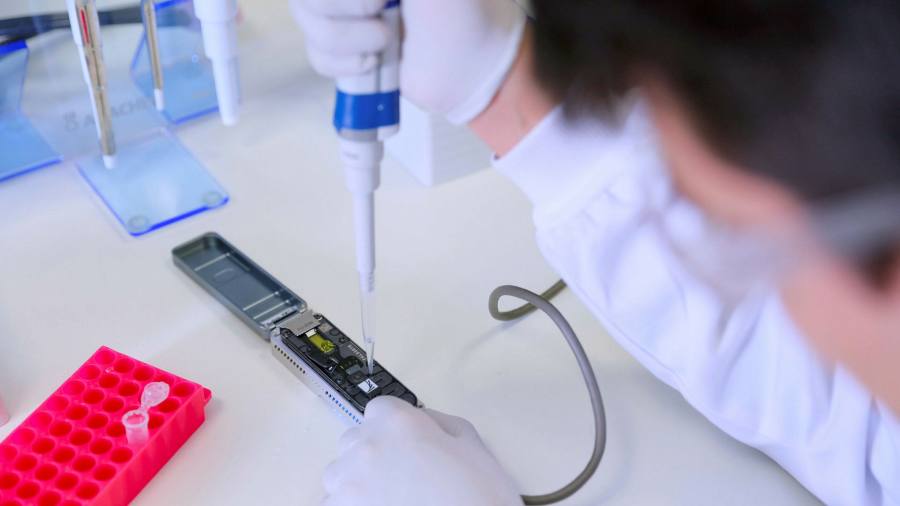 Britain’s failure to capitalise on its inventiveness is an age-old gripe. Prime minister Boris Johnson recently complained Britain was a potential science superpower, let down by decades of under-investment. But a turnround is already under way, with a surge of money into life sciences businesses.

Investors put about £3bn into UK biotech in the year to the end of August, according to the BioIndustry Association. That is five times the amount for 2016. Large sums are pouring into life sciences real estate. Last month, Blackstone of the US announced an £850m investment in new lab space at Cambridge. This week, Singapore’s sovereign wealth fund GIC bought a 40 per cent stake in the Oxford Science Park for £160m.

British biotechs are busily raising money on public markets. Exscientia, an Oxford-based AI-driven drug discovery company, has just pulled in $350m from a Nasdaq IPO. It followed on the heels of Oxford Nanopore, which raised about £350m from a London listing.

The latter’s float was a big win for IP Group, a founding investor with a 14.5 per cent stake. It helped drive a 28-fold increase in the portfolio’s value to more than £1.2bn during the 16-year tenure of Alan Aubrey, who will now retire.

But anyone who invested in IP five years ago would have lost money. The company was badly hit by the 2019 implosion of funds run by Neil Woodford. In contrast, shares in Draper Esprit, another quoted venture capitalist, have nearly tripled in value over the past five years.

British biotech investors joke that partner scientists toil for decades trying to synthesise the mystery element profitability. Many funds have sold to foreigners now prices have risen. The net outflow from larger institutions continued in the first five months of 2021 with net sales of £231m.

UK investors may be missing a trick. M&G Real Estate sold a 50 per cent stake in Oxford Science Park in 2016 to Magdalen College for £18.1m. This week’s sale implied an uplift of more than ten times.

New developments help explain the gap. But optimism about the pipeline of potential tenants is another big driver. The strength of Oxford’s medical research was underlined by its response to the pandemic. Spinouts from the university have quadrupled since 2015 to more than 20 a year.

Britain’s science base is doing better than Johnson gives it credit for. And increasingly foreign, rather than British investors, are likely to be among the biggest beneficiaries.

The Lex team is interested in hearing more from readers. Please tell us what you think of UK life science investment in the comments section below.