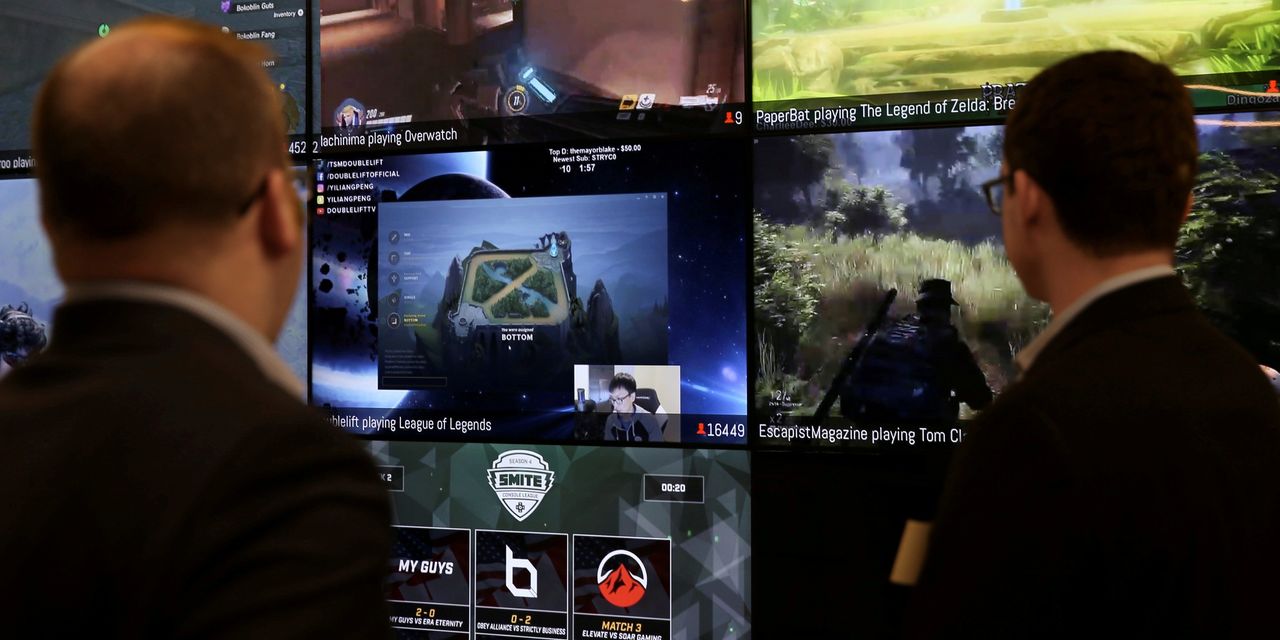 Leaked data this week from the streaming platform Twitch Interactive revealed that some people can make six-figure monthly incomes from playing videogames in front of a live online audience.

A user of the online chat forum 4chan claimed to have access to the payout information, and several people who called themselves Twitch streamers said many of the figures were consistent with what they had earned. Others said the figures didn’t paint a full picture of their earnings, in part because they didn’t appear to take into account what they make when streaming as part of a group or from third parties.

Twitch broadcasters’ earnings and other company information that was claimed to have been accessed were made public Wednesday. The 4chan user posted the information there to hurt the Amazon.com Inc. unit’s business, the user wrote.

Twitch confirmed a data leak but declined to comment on what information was accessed.

Such data hasn’t been disclosed by Twitch, which was founded in 2011 and acquired by Amazon in 2014 for $970 million in cash. Though the platform is best known for its videogame streamers, many others broadcast themselves playing tabletop games and music, making crafts, exercising and more. One of its most popular categories is called Just Chatting, where streamers discuss all sorts of topics.

Last month, people spent 1.7 billion hours watching Twitch, which is up more than 20% from a year earlier, according to StreamElements, a provider of tools and services for content creators.

The leak announced on 4chan identifies streamers’ monthly revenue-sharing payments from Twitch since August 2019. Last month alone, a videogame streamer in Canada earned approximately $705,000 from the platform, while a group of Dungeons & Dragons players brought in roughly $311,000.

Twitch streamers typically generate revenue from paid subscriptions to their channels and through the platform’s ad-sharing program, which requires certain viewer metrics. For the most popular streamers, Twitch may cut special deals to prevent them from streaming on competing services.

Tanya DePass, a 48-year-old Twitch streamer in Chicago who is sponsored by videogame-accessories maker Logitech G, said the data leak is “wildly inaccurate” for those reasons. Further, she said her Twitch earnings vary greatly from month to month. In June 2020, her channel blew up in popularity, which resulted in her receiving her biggest paycheck ever from Twitch a month later.

Ms. DePass, who is Black, attributed the jump to a sudden interest among viewers in Black streamers in response to the murder of George Floyd, a Black man whose 2020 death in police custody was captured on video that went viral. “Anger over George Floyd’s murder mobilized folks to realize we exist,” she said.

Ms. DePass streams herself playing videogames and tabletop games for 10 to 25 hours a week under the name Cypheroftyr. She said she was frustrated by the leak because she thinks it gives people the false impression that streaming is an easy way to make lots of money. In reality, she said it takes a lot of work to promote her channel, keep viewers constantly engaged and handle administrative tasks. Ms. DePass also has had to grapple with racist and sexist taunts. “It’s just exhausting,” she said.

The 4chan user who allegedly posted the Twitch data labeled it “part one,” suggesting there might be more to come.

—Kevin Poulsen contributed to this article.

Denial of responsibility! Elite News is an automatic aggregator of the all world’s media. In each content, the hyperlink to the primary source is specified. All trademarks belong to their rightful owners, all materials to their authors. If you are the owner of the content and do not want us to publish your materials, please contact us by email – [email protected]. The content will be deleted within 24 hours.
Activision BlizzardAmazon.comAMZNATVIBroadcastingBusinessBusiness/Consumer ServicesC&E Executive News Filter
0
Share FacebookTwitterGoogle+ReddItWhatsAppPinterestEmail

Taliban rule out working with U.S. to contain IS ahead of 1st talks since takeover – National