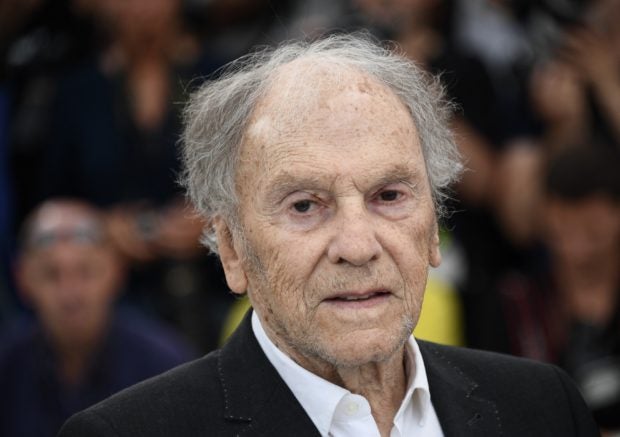 In this file photo taken on May 22, 2017, French actor Jean-Louis Trintignant poses during a photo call for the film “Happy End” at the 70th edition of the Cannes Film Festival in Cannes, southern France. He died at the age of 91, it was announced on June 17, 2022. Image: AFP/Anne-Christine Poujoulat

Jean-Louis Trintignant, who has died aged 91, was one of France’s greatest actors whose life was plunged into tragedy by the murder of his daughter at the hands of her pop star boyfriend.

Trintignant was devastated when Marie, an actress, was beaten to death by rock star Bertrand Cantat in a hotel room in Lithuania in 2003.

Yet nine years later he returned in triumph in Michael Haneke’s Oscar-winning “Amour,” playing a man in his eighties struggling to look after his wife after a stroke.

It also won the Palme d’Or at the Cannes film festival, where Trintignant made a final emotional return in 2019 aged 88 despite being weakened by cancer for a sequel of “A Man and a Woman,” the 1966 love story that made his name.

Marie’s death, and the subsequent murder trial, sent shockwaves through France, where images of Trintignant sobbing at her funeral earned him great sympathy.

The actor had lost another daughter, Pauline, when she was a baby.

But Trintignant refused to give in to bitterness. He forgave Cantat, the lead singer of the French band Noir Desir, when many others could not bring themselves to do so.

“I wish I had never met him, that my daughter hadn’t met him. But she was deeply in love, and he was too, I think,” he told AFP.

Asked if he could ever forgive, he replied, “Yes… Life is made up of things that escape us, so forgiveness is indispensable.”

One of France’s best known and most prolific actors, Trintignant starred in some 130 films including such classics as Krzysztof Kieslowski’s “Three Colours: Red,” Costa-Gavras’ “Z” and Bernardo Bertolucci’s “The Conformist.”

His willingness to take on such demanding, difficult and often politically-charged roles has often been traced back to an early trauma.

Although he was born into a family of rich industrialists based in the Vaucluse region of southern France on December 11, 1930, his childhood idyll was shattered by World War II.

He was paraded through the streets alongside his mother by a mob who shaved her head for “sleeping with the Germans” the day his home town was liberated from the Nazis in 1944.

In a bitter irony, his father, a Resistance fighter, returned home in triumph with the American army later that day.

His family’s passion for motor racing — his uncle Maurice Trintignant was a Formula One legend — was also to play an unexpectedly large role in his career.

Although his first big part was opposite Brigitte Bardot in Roger Vadim’s then notorious “And God Created Woman” in 1956, Trintignant continued to race cars.

Even being sent as a young conscript to “pacify Algeria” as the former French colony fought for independence did not dim his passion, though he was sickened by the “violent hypocrisy” of the war.

On his return he landed a role as a racing driver in “A Man and A Woman.” The driver, a widower, falls for widow Anouk Aimee who he meets as they drop off their children at a boarding school.

The 1966 love story has gone down in film legend for the “chabadabada, chabadabada” refrain of its theme tune, and made them both household names, winning two Oscars as well as the Palme d’Or at Cannes.

Three years later Trintignant was himself to win best actor at Cannes for his incorruptible judge in the political thriller “Z” set in Greece during the military dictatorship.

He went on to be seen as one of the most gifted actors of the postwar generation, playing an array of traitors, thugs and crooks or ambiguous and perverted types.

Yet despite his success and versatility, Trintignant was a shy and reserved perfectionist, describing himself as “deeply inhibited with a perpetual bad conscience.”

For every role he seemed to create a new personality, like the complex hero in Eric Rohmer’s “My night at Maud’s” (1969) or as the weak-willed man who becomes a fascist flunky in Bertolucci’s “The Conformist” (1970).

Trintignant first married actress Stephane Audran, then film director Nadine Marquand, with whom he had three children — Marie, Pauline and Vincent. The couple divorced and he then went to live with Mariane Hoepfner, a former racing driver like himself. JB

Gloria Sevilla, ‘Queen of Visayan Movies,’ passes away at 90

Turkey bans access to US and German public broadcasters