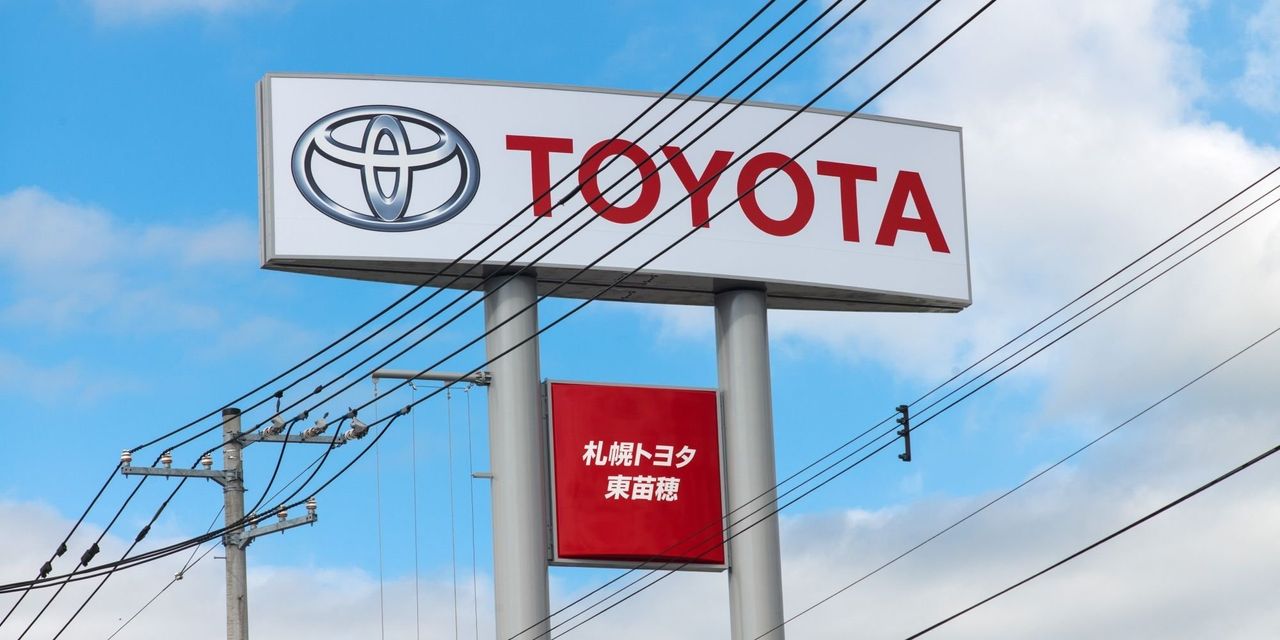 Motor Corp. on Thursday maintained its full-year outlook for production and operating profit, despite rising raw material costs and production cuts that weighed on earnings in the first three months of its fiscal year.

The world’s largest car maker by sales said it was confident it could produce 9.7 million vehicles in the year ending March 31 although it missed production targets in the April-June quarter. Toyota said it expected production to speed up in the second half of the fiscal year.

A strengthening dollar and euro will offset rising raw material costs, allowing the company to maintain its operating profit forecast of ¥2.4 trillion, equivalent to $17.9 billion, Toyota said. Earnings at Japanese car makers get a boost when their home currency, the yen, weakens.

Toyota’s confidence about the rest of the year, particularly in the U.S., echoes the forecasts of peers that earlier reported quarterly results. A prolonged shortage of vehicles has driven up prices and created a backlog of orders, so car makers believe demand will be sufficient despite fears of an economic slowdown in the U.S.

Toyota said its supply of semiconductors has been improving after shortages that caused production shutdowns across the industry, including at Toyota factories. However, it said production disruptions remained possible.

For the April-to-June period, Toyota reported that profit fell 18% from a year earlier because of higher materials costs and a drop in sales caused by supply-chain difficulties. Net profit for the quarter fell to ¥737 billion, equivalent to $5.5 billion, from ¥898 billion a year earlier.

The results echoed those of General Motors Co., which said net profit fell 40% in the April-June quarter because parts shortages left it with tens of thousands of unfinished vehicles.

Toyota said the biggest reason for the fall in operating profit was the higher cost of materials, which it said was caused by higher prices paid by its suppliers for fuel, transport and the like. It said higher materials costs pushed down operating profit by ¥315 billion, or about $2.35 billion, in the quarter.