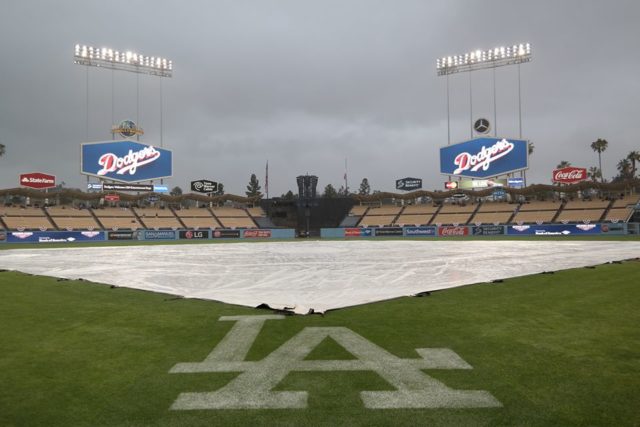 A former Dodger Stadium tour guide — who sued the team alleging she was wrongfully not given her job back even though the team recalled many of her colleagues who also were furloughed or laid off because of the coronavirus — has dropped her lawsuit.

Lawyers for plaintiff Diane Levy filed court papers on Friday with Los Angeles Superior Court Judge Michael L. Stern asking that Levy’s case be dismissed “with prejudice,” meaning it cannot be refiled. The court papers did not state whether a settlement was reached or if Levy was not pursuing the case for other reasons.

In their court papers, attorneys for the Dodgers denied any wrongdoing on the team’s part and stated that any damages Levy suffered were at least in part of her own doing.

Filed April 5, Levy’s case alleged wrongful termination and wrongful failure to recall a worker laid off due to the pandemic in violation of both the Los Angeles Municipal Code and the state Labor Code.

“Ms. Levy has suffered lost wages and emotional distress as a result of not being recalled by the Dodgers to the position that she loved …,” the suit stated.

Levy was hired as a Dodger Stadium tour guide in August 2018 and worked in that capacity until March 2020, when all tours were canceled due to the pandemic, the suit stated.

Levy and the other tour guides were told not to report to work, but the team management never advised the plaintiff at the time whether her employment was being ended through a layoff or whether she had merely been furloughed due to the COVID-19, the suit stated.

An ordinance giving workers laid off because of the pandemic priority when companies began rehiring as the coronavirus outbreak eased was enacted by the Los Angeles City Council in June 2020, the suit stated.

Levy remained ready to return to work for the Dodgers as a stadium tour guide and in May 2021, co-workers told her that not only were tours resuming, but many of her former colleagues who were originally hired more recently than her were being returned to their jobs, the suit stated.

“Despite Ms. Levy’s excellent performance and years of exemplary service as a tour guide that far exceeded the years of service provided by some other employees, the Dodgers did not recall Ms. Levy to return to work,” according to the suit.

Instead, Levy received a letter in January from the team’s human resources department that her employment was over as of last Dec. 31 and she was told she was not being rehired because she was an “at-will” worker, the suit stated.