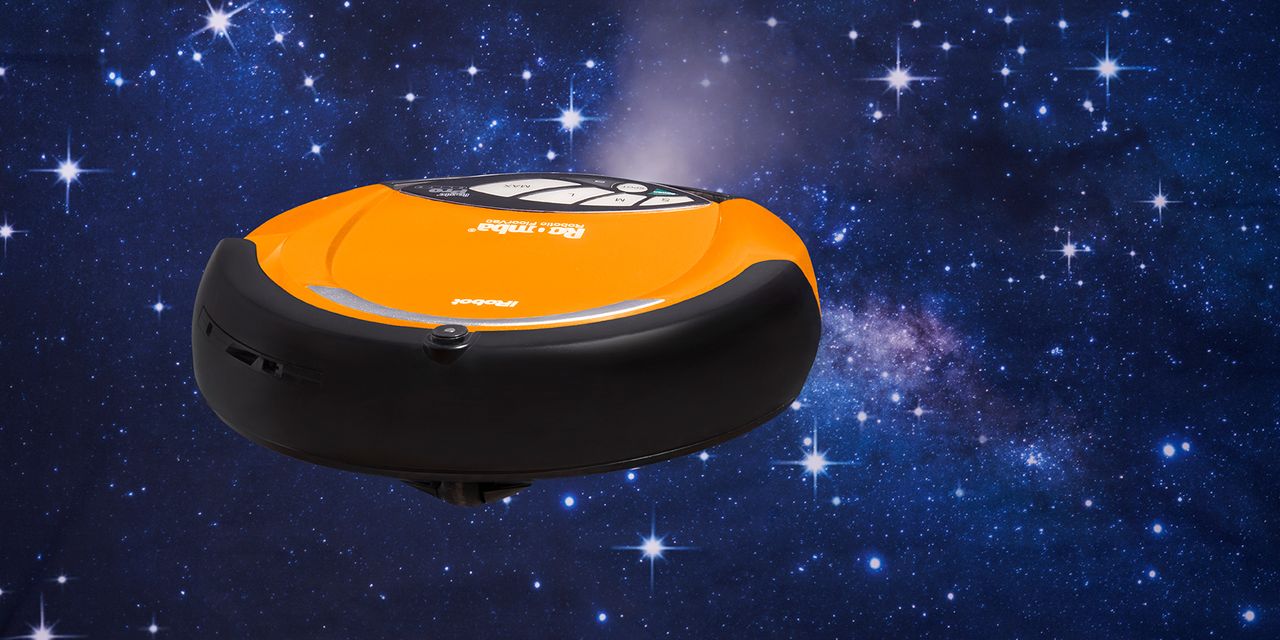 The first robot that many human beings welcomed into their homes was a peculiar creature born 20 years ago with a funny name. It didn’t look the way we imagined robots, and it didn’t perform the tasks we envisioned outsourcing to robots. We pictured self-driving cars. We got a self-driving vacuum cleaner.

But this robot that became more popular than anyone could have predicted was more powerful than it looked and far more influential than you might suspect.

What began as a $10,000 prototype found its way into the middle of a $1.7 billion corporate acquisition last week when

struck a deal for

—which is better known as the company that makes the Roomba.

A tech giant isn’t spending billions of dollars simply to buy a cool vacuum. Amazon also wanted the Roomba because it’s a robot that uses cameras, sensors, artificial intelligence and machine learning to hoover incredible amounts of data. Amazon says it has been “very good stewards of peoples’ data across all of our businesses” and that it isn’t acquiring iRobot to gather intelligence from inside customers’ homes. But you don’t have to be paranoid about surveillance or skeptical of tech power to shudder at the possibility of a spy roaming your house and mapping out a blueprint to sell you more stuff.

It’s always been hard to guess where the Roomba is headed next, but it’s worth figuring out how it got here, because there was nothing inevitable about its path to success.

Robots do some things better than we can do them and others we can’t do at all. But robots provide the most value to people by doing things we don’t want to do.

The Roomba taught the humans who brought it to life that robots had to be affordable, they had to be technologically possible and they had to be capable of tasks people like Joe Jones would rather avoid. Mr. Jones began work as a researcher at the Massachusetts Institute of Technology’s Artificial Intelligence Laboratory in 1982, two decades before he would help create the biggest hit in consumer robotics, and he was blown away by the pioneering research of the brilliant minds around him.

“I predicted to all my friends that in three to five years, robots were going to be everywhere doing all kinds of things,” he said. “Five years later, robots weren’t anywhere doing anything.”

He found the experience of making a terrible prediction oddly inspiring. As he thought about why he’d been so wrong, he realized how he could one day be right.

“I decided that roboticists were loving robots to death,” he said. “They were making them emissaries of the future instead of making them products.”

He decided to make a robot that could help with a problem in his own life: a messy apartment. When the MIT lab held a robotics talent show called the AI Olympics, Mr. Jones turned some Lego pieces, masking tape and a bottle brush into his potential solution. He created the Neanderthal of Roombas.

This primitive ancestor wasn’t robust enough to clean his apartment, but Mr. Jones felt his rug warrior could be a viable product with the right development.

But not long after he formulated the idea, his lab ran out of money. He was laid off. He moved to a robotics startup, proposed the concept of the Roomba and got fired within days. It would take another decade for Mr. Jones to fulfill his vision.

By then, he was working for iRobot, a tiny startup founded by three fellow members of the AI Lab in 1990, when people in the business were preoccupied with government and industrial uses like traveling in space, helping the military fight wars and more futuristic, less realistic applications of technology. They paid more attention to the robots than their consumers. Mr. Jones was busy with one of those projects, a large-scale cleaning robot for department stores, when the focus of robotics changed forever.

He received an email in 1999 from a colleague named Paul Sandin, who had been in the shower when he was struck by inspiration: They should make a robotic floor sweeper for the home. He was unknowingly pitching Mr. Jones his own idea. Now the timing was right.

The company initially gave them a $10,000 budget and two weeks to come up with a prototype. So they set about building a robot.

What the field of robotics learned when the Roomba finally came to market was a simple but radical lesson for people so obsessed with the future they often forget about the present.

“Consumers bought it because they wanted their floor cleaned, not because they cared about robotics,” said Matthew Johnson-Roberson, director of the Robotics Institute at Carnegie Mellon University, who isn’t connected to the Roomba. “These devices were not toys. They had a very specific purpose.”

The specific purposes of other robots include defusing bombs in war zones and exploring other planets in outer space. But sometimes we just need them to squeeze between chair legs, sneak under the edge of kitchen cabinets and sweep a rug.

The people at iRobot once liked to say they made robots for missions that were “dull, dirty or dangerous.” The dangerous jobs preserve lives. The dull and dirty work changes them.

The Roomba showed that humans were willing to spend money on robots that saved time. The people at iRobot thought it would be amazing back then if they could sell 15,000 robots that would handle annoying domestic chores. They have since sold 40 million. The days of iRobot earning more from contracts than products ended as soon as the Roomba came along. The company’s annual revenue from consumer robotics went from less than $10 million in 2001, the year before the Roomba’s birth, to more than $1.5 billion last year. “Our success depends nearly entirely on our consumer robots,” it wrote in the most recent annual report.

How do you envision using robots? Join the conversation below.

But even robots can be doomed by human error, and the Roomba narrowly averted one. After the project was developed by a small team of engineers under the codename DustPuppy, they were tasked with giving the consumer product a formal name, and they briefly considered naming their robotic baby CyberSuck. “The mind boggles,” iRobot co-founder and former president Helen Greiner groaned at the repellent name. Hiring a branding firm to come up with something better proved to be another wise investment.

This robot hit the market in time for the 2002 holidays, and Roombas were so beloved that even cats liked them. But by 2004, sales were lagging and the Roomba worked its way out of trouble by serendipity: Pepsi began running a 30-second advertising campaign in which a generic robot vacuum chases a can of soda and devours comedian Dave Chappelle’s pants. Roomba sales immediately surged. It was the best money iRobot never spent. “Without the Pepsi commercial,” Mr. Jones said, “Roomba might have died.” Robots have to get lucky, too.

The Roomba has become much smarter since then. So have the people who made it.

These days, Mr. Jones and Ms. Greiner are busy applying the lessons of innovation they learned to the Roomba’s younger, outdoorsy cousin, a gardening device called the Tertill. It’s a robot that does something else they don’t want to do: weeding.