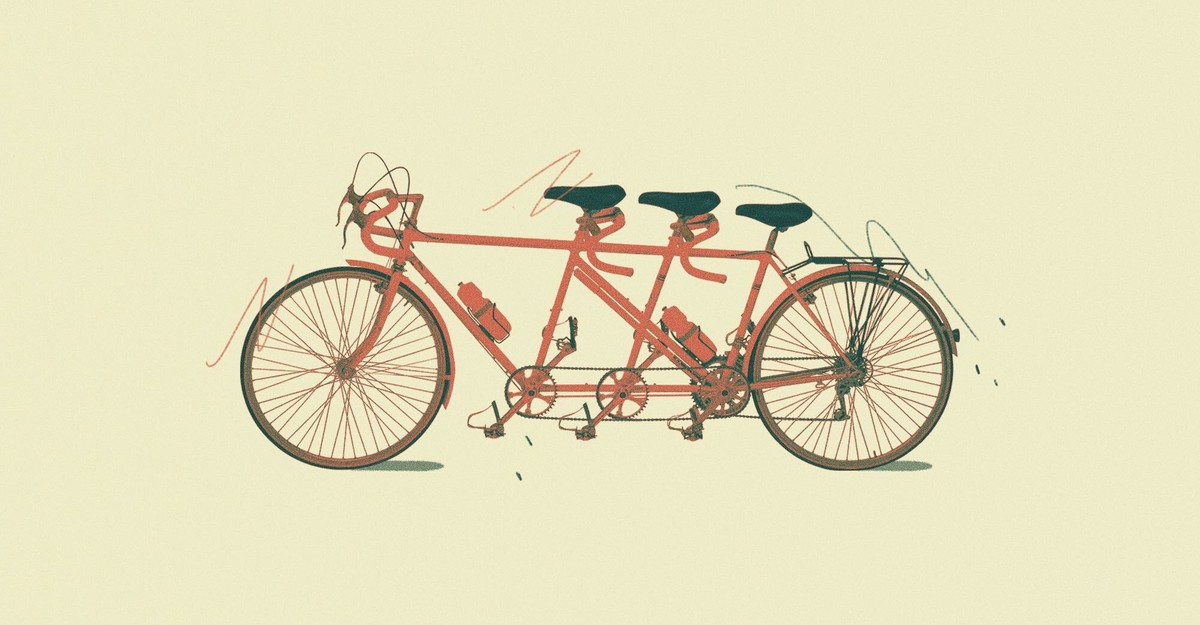 The Rise of the Friend Vacation

Adult friendships can be tricky to maintain. People move away from their college town as schooling ends, careers begin and monopolize our time, socializing at happy hours can start to lose its appeal as you get older. And during the pandemic, hundreds of thousands of Americans moved from cities full of their friends to less populated areas. Consequently, the close friendships we’ve cultivated from early adulthood might seem more prone to ending as we lose convenient ways of staying in contact, such as living in the same locale. But Millennials and Gen Zers are getting married and having children later than previous generations (or eschewing these milestones altogether), as well as redefining their relationship to work, making friendships more important. Distance, as it turns out, isn’t the barrier it used to be, thanks in part to a way some of us are keeping these relationships alive: the friend vacation.

A trip to meet up with far-flung friends is typically born out of a desire to simply have some fun and maybe relive old memories. For Kathryn Stephenson, a 31-year-old executive recruiter in Atlanta, that used to be true. While living in Los Angeles in 2017, Stephenson met her sorority sisters from the University of Oregon for a weekend vacation in Las Vegas. “It was a very silly, totally ridiculous weekend,” she told me by phone. But the trip was about more than living out stereotypical Vegas debauchery—they found that traveling together was a way to stay authentically connected.

Since then, the trio have become more deliberate about nurturing their long-distance relationship. They’ve met up in Minneapolis and in Bend, Oregon, and are thinking about another trip soon. “In 10 years we’ve had a lot of life changes, from college to our early 30s, and our interactions have gotten deeper,” Stephenson said. And hanging on to those relationships helps her know herself better. “There’s some superficiality in the way we think of friendship these days; the Instagram or Facebook world gives us this feeling of needing more friends, more everything. But being able to travel to see good friends shows you don’t need a huge network; you need an intentional one.”

The friend trip is a natural response to our technological advances, William Chopik, a social-personality psychologist who heads up the Close Relationships Lab at Michigan State University, told me. Thanks to social media and smartphones that allow us to text, email, and videochat anyone at will, “people are more accessible than ever before, but not necessarily closer to each other,” he said. Real closeness, Chopik’s research shows, often comes from opportunities for mutual disclosure—in other words, sharing and listening deeply. “If you’re going on trips once or twice a year, you’ll have many disclosure opportunities to update people about the big, important things in your life.”

So while you may see a friend who lives nearby more often, you may actually run out of stuff to talk about with them, according to Chopik. But when you see a friend rarely, and then you’ve invested energy and money to hang out, you’re likely going to have a more intense connection during that time: “That kind of intent listening often happens in person,” he said. Stephenson agrees: “I’m a terrible texter,” she told me, and she and her long-distance friends are “not in constant communication. But these trips are kind of the antidote to having to do that.”

Read: What if friendship, not marriage, was at the center of life?

Intentional travel with friends, where folks catch up on the more profound moments in life, can also foster the kinds of deep connections many of us may think are reserved for family reunions. Logan Rockmore, a 35-year-old software engineer in Brooklyn, first booked a vacation rental with a group of co-workers/friends when they all lived in San Francisco in 2014. The group went to the Russian River for the Fourth of July and had such a good time that they went on two more vacations later that year. Today Rockmore invites more than 30 people—who now live all across the country—to two trips annually, many of them in a new locale. Just one of the attendees still works at the company where the original group met. “Over the years, friends have started dating new people and brought them into the fold, and others have brought new friends who have been welcome additions,” Rockmore told me by email. While the large group includes some of Rockmore’s friends (and now his wife) and some people who, like him, currently live in New York, there are also folks whom he sees only on these trips. “But I even feel really close to [them] as we have a good chance to catch up and talk about ‘real’ things while we’re there … which I think helps contribute to the Family Reunion vibes and keeps us all really close.”

Many long-distance friendships also have the advantage of seeming like high-stakes engagements. When scheduling time with a friend nearby, for instance, canceling might not feel like a big deal. But coordinating vacation time and booking a rental house with someone is harder to flake on when the strains of daily life get in the way. That’s the case for Catherine Hovell and her best friend, Heather Ahearn, who have never once lived in the same city together. Hovell, a 39-year-old civil structural engineer in Seattle, has moved to several cities over the years because of her work, which has made it hard to maintain local friendships. She and Ahearn first met on a 2006 trip where they both played in a hockey tournament, which then became an annual occurrence for them. Still, their friendship took time to grow. When Hovell moved cities again in 2015 to Montreal, she made plans to see Ahearn, who lived a five-hour drive away in Salem, Massachusetts, more often. Since then they’ve been on weekend trips in New England and longer, more time-intensive vacations: Iceland for 10 days, Phoenix for six days, and the Caribbean twice. Hovell told me that Ahearn’s willingness to jump at varied travel opportunities and take on new experiences together has helped foster a deep relationship between the two. So much so that Ahearn’s become the person Hovell calls when she has a big life decision to make: “It’s basically my husband, my family, and her.”

Ultimately, though, just planning a trip with a friend won’t magically make them a bestie. Chopik says there’s one major predictor for whether a friendship will be a fulfilling one: “The convenience of having a friend a few blocks away, or if a friend is someone you’ve known for 20 years—none of that is as important as if you like spending time with them.” As Hovell put it, whether she and Ahearn are on a beach doing crossword puzzles or sightseeing abroad doesn’t matter. She’s willing to travel wherever to see Ahearn, because the important part is “just the person.” Chopik pointed to evidence from his research lab showing that more people say they’ll prioritize friends over finding a life partner. And though a friendship getaway can sometimes seem like a frivolous personal indulgence, Chopik can personally attest to these trips improving one’s well-being: He and his grad-school friends have been traveling together nearly every year for the past eight years.

Denial of responsibility! Elite News is an automatic aggregator of the all world’s media. In each content, the hyperlink to the primary source is specified. All trademarks belong to their rightful owners, all materials to their authors. If you are the owner of the content and do not want us to publish your materials, please contact us by email – [email protected]. The content will be deleted within 24 hours.
31-year-old executive recruiter35-year-old software engineer39-year-old civil structural engineerAdult friendshipsbest friendCatherine HovellChopik’s researchclose friendships
0
Share FacebookTwitterGoogle+ReddItWhatsAppPinterestEmail

Woman claims microbeads got ‘stuck in’ her face from scrub