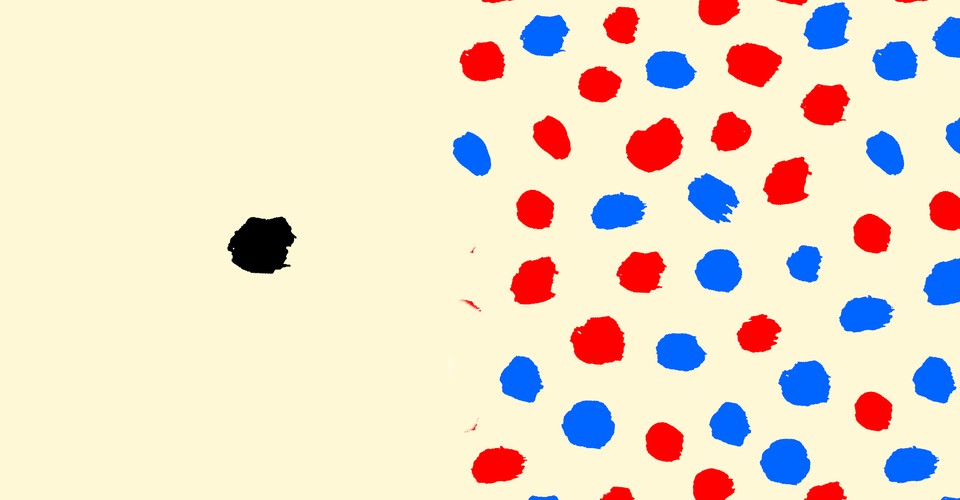 The Perils of Washington’s China Consensus

American politicians appear to agree on precious little these days, with one notable exception: China and the threat it poses.

The reasons for this emerging consensus are seemingly obvious. Economically and militarily, not to mention in terms of democracy, freedom, and human rights, Beijing is seen by lawmakers in Washington as an existential threat to U.S. interests—so much so that both the Trump and Biden administrations made taking a tougher stance on China among their top foreign-policy priorities. Republicans and Democrats have proved their willingness to shelve political differences to pass legislation aimed at reining in Beijing’s economic influence; further bipartisan efforts are expected on issues related to trade and China’s human-rights abuses against the Uyghurs and other minority groups. The political cohesion around American policy toward China has been touted as perhaps the last bipartisan issue left in Washington.

Consensus is a powerful, if rare, currency in politics. When it does occur, it’s celebrated as a politicking feat—a virtue unto itself. It’s perhaps for this reason that, after years of partisan rancor and paralysis, Joe Biden pledged to bring bipartisan cooperation back. “Our Constitution,” then-candidate Biden said on the campaign trail, “is built in a way that literally it cannot function unless we are able to arrive at consensus.” China policy represents the best, if not the only, way for Biden to keep his promise. Still, lawmakers have reasons to be wary of both the very notion of consensus and the blind spots it can cause.

Representative Barbara Lee of California, who famously cast the sole vote against the war-powers measure that authorized the invasion of Afghanistan following September 11, knows this better than most. At the time, her willingness to go against the grain looked like a defiance of national unity; some even went so far as to label her a traitor. Since then, however, history has vindicated Lee’s forthrightness. This year, a bipartisan group of lawmakers, including Lee, repealed the two-decade-old authorization. The Senate is expected to hold a vote on the measure by the end of the year.

If Lee took any lessons from 20 years ago, it’s that consensus, while valued, doesn’t always lead to desired results. “People don’t recognize that dissent is critical and essential to our democracy,” she told me, adding that politics isn’t best served by having “only one point of view.”

To be sure, the consensus that emerged in the aftermath of September 11 is not identical to that which has since emerged around China. For one thing, a number of progressive lawmakers and groups have sounded alarms over the unintended consequences of taking a hard stance against Beijing, particularly as such rhetoric fuels the demonization of Asian Americans at home. And for another, there remain some significant differences between Republicans and Democrats on how harshly to treat China.

Bernie Sanders is one of the few lawmakers who have vocally challenged the emerging consensus on China today—one that he has warned could bring the U.S. dangerously close to a new cold war. The senator from Vermont is hardly a China dove. He was opposed to what he has described as the old Washington consensus of the early aughts, which was defined by normalizing trade relations with Beijing in the belief that integrating China into the global economy would have a liberalizing effect on the country and its governance (a theory that ultimately did not come to pass). “The pendulum of conventional wisdom in Washington has now swung,” Sanders recently wrote in Foreign Affairs, “from being far too optimistic about the opportunities presented by unfettered trade with China to being far too hawkish about the threats posed by the richer, stronger, more authoritarian China that has been one result of that increased trade.”

Sanders’s position isn’t that the U.S. should ignore the Chinese government’s authoritarianism, nor its atrocities against the Uyghurs in Xinjiang and its repressive crackdown on Hong Kong. But he questions whether the zero-sum approach favored in Washington is a productive alternative to bilateral and multilateral engagement with Beijing, especially if it comes at the expense of cooperation on shared threats such as future pandemics and climate change.

Daniel Drezner, an international-politics professor at the Fletcher School of Law and Diplomacy at Tufts University, told me that although he considers himself more hawkish than Sanders on this issue, he too recognizes the pitfalls of this new consensus, highlighting the misperceptions that this kind of mindset can create. Lawmakers “are vastly overestimating what China is capable of at the current moment,” he said, noting that though China has the potential to be a peer competitor, technologically and military, “the U.S. is still a significantly more powerful actor.” (Though China’s emerging capabilities in 5G mobile technology are alarming to policy makers in Washington, for example, the U.S. has been able to persuade allies to drop or heavily restrict Chinese-made hardware, and whereas American military force can be extended deep into China’s sphere of influence in the Pacific, Beijing lacks similar capabilities closer to America’s shores.)

This broad agreement on the risks posed by China can be attributed at least in part to Donald Trump, who made countering the country’s rise among his main foreign-policy aims—one that he pursued by framing Beijing primarily as an existential threat. Although Biden may not have adopted his predecessor’s rhetoric, he has maintained many of Trump’s policies, including tariffs on billions of dollars’ worth of Chinese exports, as well as visa restrictions on Chinese students seeking to pursue graduate studies in the United States.

But another factor driving this consensus is the sheer appeal of unity, as well as the expediency of it. “Because it’s so rare and because people kind of like it when there’s a bipartisan consensus,” Drezner said, “it means that people can use that as a crowbar to push through whatever particular policy hobbyhorse they want to.”

The repercussions of Washington’s more adversarial approach to China stand to affect more than just the direction of U.S. policy, however. One of the more dangerous consequences of this consensus is its potential to curtail research and interaction that don’t take an overt anti-China stance or, worse yet, view any principled engagement between the two countries with suspicion.

This is already the case for Chinese students and researchers, thousands of whom have had their U.S. visas declined or revoked on the grounds that they pose a risk to national security. Though this policy was introduced by the Trump administration in a bid to block individuals with ties to the Chinese military from entering the U.S. and to prevent Beijing from stealing intellectual property, critics have argued that the practice is discriminatory and undermines U.S. competitiveness. A group of 177 faculty members at Stanford University recently called on the Biden administration to reverse the policy. (China has been at least as inhospitable to American academics and foreign-policy experts, some of whom have been threatened with arbitrary detention.)

Although these kinds of exchanges between the two countries have existed for decades, the current climate has “planted the seed that all academic exchange should be put into question and all scientific collaboration should be seen within the lens of a national-security threat,” Rosie Levine, a senior program officer at the National Committee on U.S.-China Relations, in New York City, told me. As a result, not only are fewer people inclined to engage with these programs, but individuals who work within the U.S.-China space, and who are perhaps best positioned to interpret China’s actions, now find themselves under heightened scrutiny.

“Because there is such a strong narrative in the press and in public discourse on China, I think they feel that it’s very hard to insert their own nuance into the conversation without potentially being labeled a ‘panda hugger’ or a ‘dragon slayer,’” Levine, who is a co-author of a recent study on the state of China studies in the U.S., said. “It’s a harder environment domestically for them to enter than they’ve ever experienced in their careers, and that’s extremely challenging for them to be able to do their work productively.”

The less engagement there is between the two countries, Levine told me, the less understanding there is likely to be had between them. In some ways, this theory is already bearing out. A study published this year by the Pew Research Center found that roughly nine in 10 U.S. adults consider China to be more of a competitor or an enemy than a partner. Another survey by Gallup found that only 20 percent of Americans have a favorable opinion of China—a record low.

None of this is to say that all U.S. confrontation vis-à-vis China is inherently counterproductive. To the contrary, bipartisan efforts to address China’s human-rights abuses—including proposed legislation to ban products from the country’s Xinjiang province, where use of forced labor of Uyghurs and other Muslim minorities is rampant—could have more of an impact on Beijing than even tariffs and trade wars.

As the U.S. position on China hardens, and as even quotidian engagement with Beijing comes under further strain, the new cold war Sanders warns of seems all but inevitable. It doesn’t have to be, though. American politics, rife with partisanship though it may be, functions best when its policies are stress-tested through deliberation and debate. Consensus among politicians and the broader public wasn’t a sufficient replacement 20 years ago; it’s a mistake to think that it would be now.

Denial of responsibility! Elite News is an automatic aggregator of the all world’s media. In each content, the hyperlink to the primary source is specified. All trademarks belong to their rightful owners, all materials to their authors. If you are the owner of the content and do not want us to publish your materials, please contact us by email – [email protected]. The content will be deleted within 24 hours.
American policyAmerican politiciansBarbara Lee of CaliforniaBeijing’s economic influenceBiden administrationsbipartisan effortsbipartisan group of lawmakersChina
0
Share FacebookTwitterGoogle+ReddItWhatsAppPinterestEmail

Our COVID Vocabulary Needs a Reset

Flatworms Can Reproduce by Ripping Themselves in Half