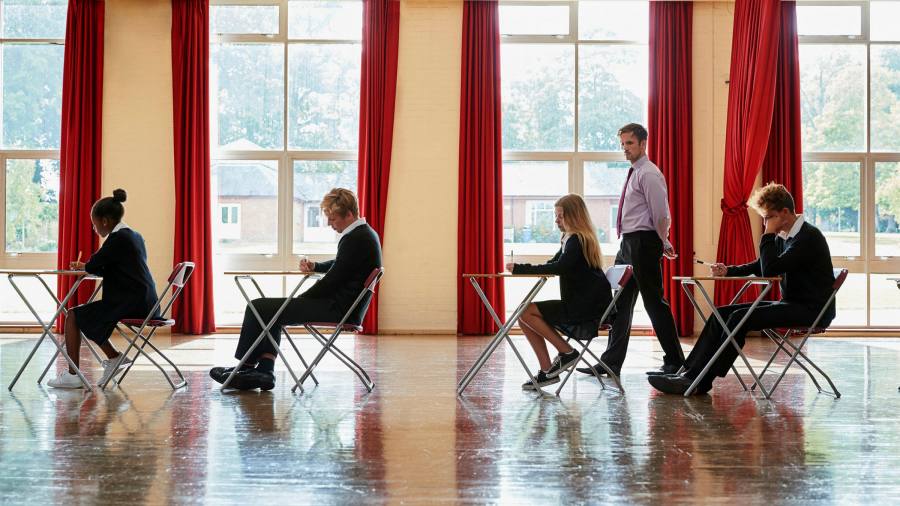 The government’s mystifying failure to ‘level up’ schools

The writer, executive chair of the Education Policy Institute think-tank, was Liberal Democrat schools minister from 2012-15.

Government rhetoric about “levelling up” the regions of the UK, which dominated the Conservative conference, may still be light on policy details, but the aspiration evidently includes a desire to spread opportunities across all parts of the country, and all social groups.

Unfortunately, the effects of the pandemic on education mean that the government looks set to fail. By the next election there is a significant risk that the trends will be the opposite of the more equitable opportunities pledged by the prime minister.

You might have thought educational “catch-up” would be a priority in the spending review this month. But government insiders have told me and others that former education secretary Gavin Williamson failed even to make additional education recovery funding a priority in his bid to the Treasury. The UK’s catch-up funding for schools lags seriously behind international competitors — the US and the Netherlands, for example — and is unlikely to be sufficient. The government is in danger of sleepwalking into a spending review in which educational recovery is relegated to a footnote.

It is mystifying to see a government pledged to “level up” behaving in this way. Perhaps the Treasury’s rejection of Sir Kevan Collins’s £15bn catch-up plan has made the education department nervous of a second brush off. But it could also be that the grading system used for GCSEs and A-Levels this year and last is adding to national complacency over learning losses. Pupils who have arguably had the worst learning experiences of any recent cohort have won the best-ever grades.

Fortunately, research organisations such as the Education Policy Institute and others have been working with educational assessment providers, such as Renaissance Learning, to compare children’s progress over the past year with that of previous cohorts. This lets us measure learning loss with reasonable accuracy from assessment data — without the grading distortions of exams.

From research in the public domain, some observations can be made. First, children having to learn at home tend on average to fall behind. And when they return to school, we see some catch up. It follows that those areas and children with the highest risk of impact from Covid as a public health emergency are also suffering the biggest learning losses.

Second, the poorest children in the most disadvantaged regions and schools are hit hardest. EPI and Renaissance Learning published data from last autumn term showing that the worst-affected regions might have learning losses in maths three times those of the least-affected ones. The problem is much bigger in the North East, North West and the Midlands than in London and the South. This is the opposite of “levelling up”.

Third, all the data shows the poor are losing out more than other pupils. Even before Covid, poor children were 18 months behind others at GCSE age, and 20 years of progress in closing that gap had stalled. Since Covid, sadly, this gap has widened. Children who are not in poverty but are being educated in schools in disadvantaged areas are also doing relatively badly.

Finally, the subjects where learning loss is greatest give reason for worry. Losses are particularly large in maths, in which performance is strongly correlated with future earnings and productivity — as Nadhim Zahawi, the new education secretary, said this week.

Zahawi has revived a scheme — an EPI recommendation — to tempt science and maths teachers by paying them more for working in deprived areas. This is encouraging but not sufficient. He should use the data on learning loss to make a powerful case to the Treasury and prime minister for a significant education recovery package, targeted on children and regions where learning losses are worst.

If the government fails to address this issue, it will not only have an adverse impact on future UK growth and productivity, but will condemn the “levelling up” agenda to inevitable failure.

Kokua Line: Do all local calls have to add the 808 area code?