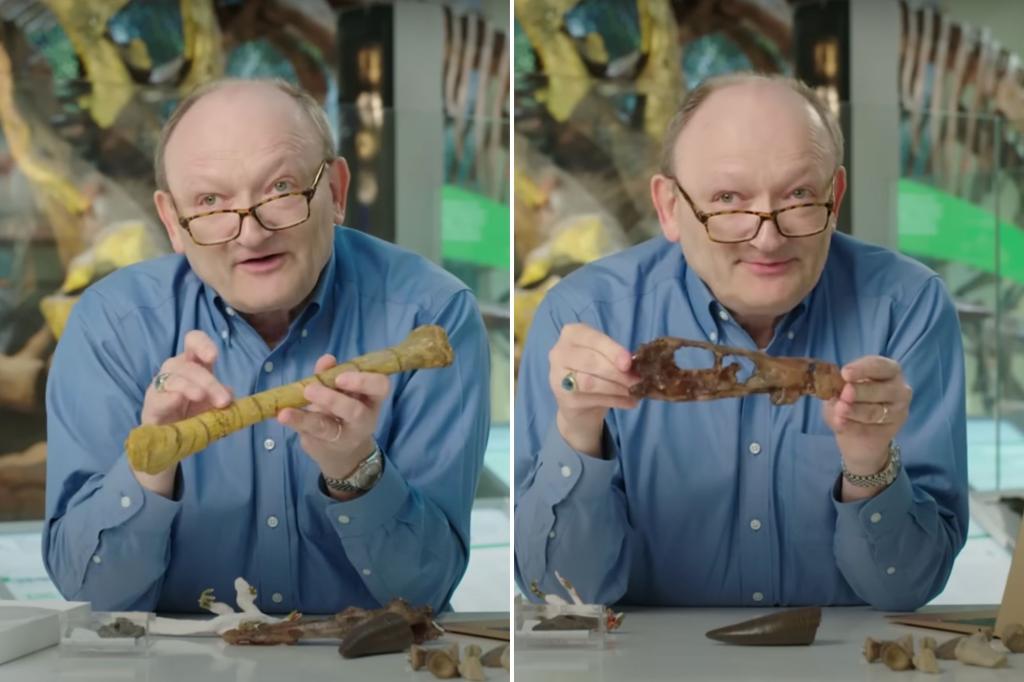 The biggest mistakes in Jurassic Park including ‘skulls on steroids’

If you’re a fan of Jurassic Park, then you’ve probably wondered just how accurate it is – here’s everything you need to know.

In a recent video for Wired, one palaeontologist, Dr Hans Sues, breaks down exactly what Jurassic Park got wrong in its movies.

Dr Sues is currently a senior research geologist and curator of vertebrate palaeontology at the National Museum of Natural History in Washington D.C.

When asked by Twitter users what Jurassic Park got wrong, the palaeontologist first clarified that the movie was made for entertainment purposes, “not as a science documentary.”

He then addressed the size of a raptor skull, saying that the directors made them much larger for the film – in reality, they’re around 9 inches long.

However, shortly after the film came out, raptor bones – much larger than those in the movie – were discovered in South America and Utah in the United States.

Next, Dr Sues talked about everyone’s favorite dinosaur: the T-Rex.

The movie also claims that a T-Rex could only detect prey by motion, however, this too is false.

“When we study the braincase of a T-Rex, we find that it had very large olfactory bulbs, which are the part of the brain that picks up information from the nose,” Sues explained.

“It had a very large opening for the optic nerve, which is the nerve that transmits information from the eye to the brain.”

“And it had a very complicated inner ear that allowed it to hear at least the wide range of low-frequency sounds. So it would’ve smelled the actors in front of its snout, and it would’ve been a very short movie, indeed.”

After addressing the Jurassic Park inaccuracies, Sues then went on to answer broader dinosaur questions, such as ‘how do we know what color dinosaurs were?

“For many years, we really had no idea what color dinosaurs had,” Sues said. “In fact, people assumed that like many of the modern lizards, snakes, crocodiles, turtles, it would’ve been greenish-brown.”

“And that’s what you see in all of the old dinosaur books. However, in recent years, thanks to some remarkable discoveries in China, we actually found out what some dinosaurs looked like.”

Sues called this discovery “a real revelation,” as we now know that some dinosaurs had color patterns as vivid as modern birds.

“There’s a dinosaur called Caihong, and it had beautifully iridescent feathers,” he said.

And for many who don’t fully comprehend how an asteroid could’ve killed off dinosaurs, the palaeontologist also explained that in detail.

“Doesn’t an asteroid hit one general area rather than the entire world? The asteroid theory is a very flat earth theory. There’s no flat earth. The earth is a sphere,” Sues said.

“What happened was when the asteroid happened to impact, it released the equivalent of 100,000,000 megatons of energy. And this basically melted this huge asteroid, which was six miles in diameter,” he added.

“And this sent up a gigantic cloud of glowing material up into the atmosphere. This would spread around the world. And so basically every larger animal at that point died.”

This story originally appeared on The Sun and was reproduced here with permission.

Stuck in an airport? Here are 10 ways to spend your time.

Do you live near enough to a small airport to have lead exposure? — Quartz

Putin Hits Back at Western Leaders Over Topless Digs