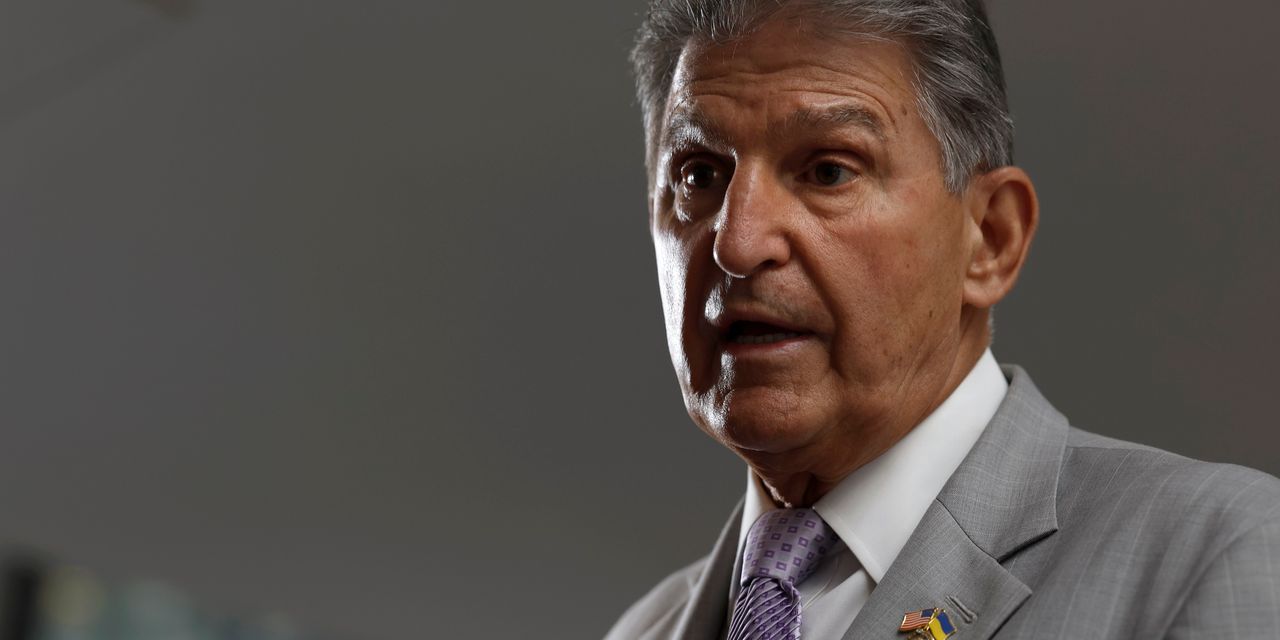 The Biggest Bank in the World

The proposed Inflation Reduction Act is an impressive piece of rebranding. While Senate Democrats pitched Build Back Better as a means of boosting spending after the pandemic, they claim the new version will cut the deficit and drive down prices.

Senate sponsors have found ways to hide the extent of spending under the Inflation Reduction Act. The most blatant method is an old congressional trick: Many programs don’t technically spend money; they lend money. The act would authorize hundreds of billions of dollars in direct government loans and government guarantees of private loans. Despite the rhetoric of the bill’s supporters, these loans will spur more inflation and create dangerous defaults.

The Inflation Reduction Act is the latest example of the trend that has transformed the U.S. government into a gigantic bank. The U.S. now lends or guarantees loans totaling over $5 trillion in areas including housing, education, small business, energy, disaster relief and transportation. This figure doesn’t include the assets of semipublic corporations such as

and lesser-known government-sponsored enterprises, which total more than $6 trillion. The world’s biggest bank, the

Industrial and Commercial Bank of China,

The federal government appears to have become the biggest bank in the world. How? Over the past century, Congress realized it could create programs to win allies now and absorb the costs years or decades later when the loans default. As early as the New Deal critics assailed President

spending through lending, or “splending” policy, and warned of the dangers this practice carried for future taxpayers.

The government has endured generations of defaults on its lending programs. Solyndra, a solar manufacturing corporation, defaulted on $535 million in loans guaranteed under the 2009 stimulus act. Few remember the default of the $1.54 billion federal loan to the Great Plains Coal Gasification plant in 1985 or the multibillion-dollar losses the Farmers Home Administration incurred after farm prices dropped in the 1980s. And those defaults are trivial compared with the $188 billion bailout to Fannie and Freddie Mac after the 2008 financial crisis.

Defaults would be less of a problem if Congress was honest about their likelihood and cost. But in 1990 lawmakers passed the Federal Credit Reform Act, which set the current lax standards for government loan accounting. A studyby the American Action Forum found that federal lending programs cost at least $90 billion more than congressional accountants estimated. One reason is that, as

then a White House economist, wrote in a 2011 email in the aftermath of the Solyndra default, “gov. is a crappy vc,” or venture capitalist. It has little incentive to make good investments.

When loans don’t default, Congress has found the political pleas of borrowers irresistible. In the early 20th century, the government began by extending payment deadlines on irrigation loans to farmers, but eventually gave up on collecting on billions of dollars in loans. The federal government later forgave many loans made to cities during the Great Depression. Demands by student borrowers for forgiveness and extension are the latest variation of an old story.

The Inflation Reduction Act would set up innumerable opportunities for defaults and forgiveness. The government would be authorized to guarantee loans of up to $20 billion for tribal energy projects, $40 billion to new power-generation projects and an astounding $250 billion for new green infrastructure. The act requires direct-loan programs, such as for projects improving electricity transmission, be evaluated using the generous standards of the Federal Credit Reform Act.

President Biden defended the Inflation Reduction Act by quoting Mr. Summers, who said that by limiting the deficit “this bill is fighting inflation.” Yet the loan provisions would immediately flood the economy with hundreds of billions of dollars of new lending. Any deficit reduction would emerge years later as the loans—some of them—are paid down.

There could be no worse way to fight inflation than to spur lending now and suffer defaults later. We are enduring high prices in part because the Covid relief acts of 2020 authorized almost $4 trillion in new lending that is still working its way through the economy.

Amid historic inflation and unprecedented levels of government debt, the last thing the government should do is encourage more bad loans. Yet the Inflation Reduction Act would expand the policies that got us into our current predicament. Like past lending programs, it would increase prices today and set the taxpayer up for even greater government demands tomorrow.

Mr. Glock is director of policy and research at the Cicero Institute and author of “The Dead Pledge: The Origins of the Mortgage Market and Federal Bailouts, 1913-1939.”

Denial of responsibility! Elite News is an automatic aggregator of the all world’s media. In each content, the hyperlink to the primary source is specified. All trademarks belong to their rightful owners, all materials to their authors. If you are the owner of the content and do not want us to publish your materials, please contact us by email – [email protected]. The content will be deleted within 24 hours.
BanksC&E Executive News FiltercommentariesCommentaries/OpinionsContent TypesdefaultsDomestic PoliticsFactiva Filters
0
Share FacebookTwitterGoogle+ReddItWhatsAppPinterestEmail

Judges who got kickbacks for sending kids to for-profit…