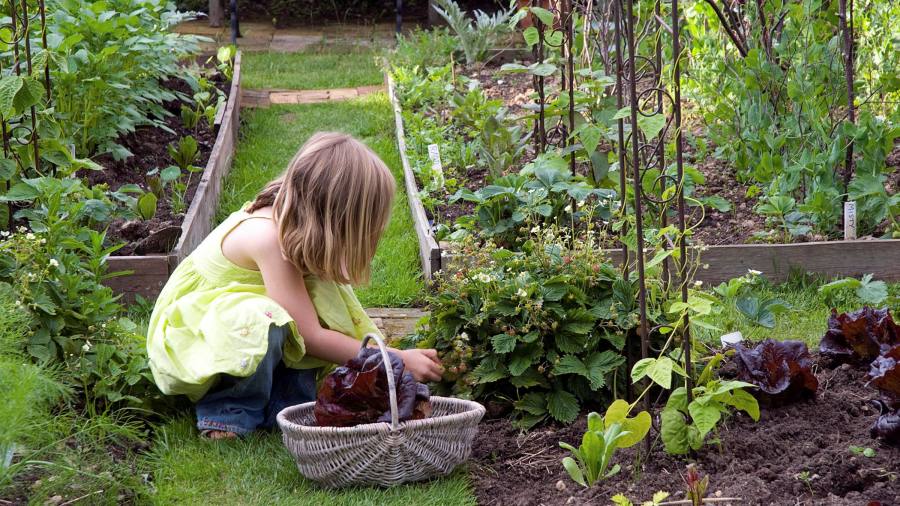 The best plants to grow as summer wanes

Do you feel like you’ve missed the gardening boat this year? Perhaps you had plans to start a new border or update an existing one, and never quite got around to it. Or maybe your verdant plot is now parched and bare after the recent heatwave.

You might think spring was the optimum time for growing. But even though the days are shortening, in some instances, now is the ideal time to plant. The first frosts are still a long way off, leaving plenty of time for the roots of new plants to establish and make an attractive — and edible — garden in autumn and beyond.

The gardener and writer Sarah Raven suggests four main components to a salad: lettuce for bulk; salad leaves such as rocket for flavour; herbs for interest; and what she refers to as salad vegetables — such as fennel and radish — sliced thinly with a mandolin for texture.

Now is the best time to sow many of these varieties. Some leafy crops are prone to bolting (flowering and going to seed) when grown in high summer, whereas now, with autumn around the corner, they will remain in vegetative growth. Members of the cabbage family such as mizuna or mustard Red Frills are prone to being nibbled by flea beetles during hot weather. These are best left until the end of August to sow.

A 2 x 1 metre patch of weed-free soil, planted soon, will start cropping in early autumn, give the occasional garnish over the winter and provide more pickings in spring. Seedlings can be started on a sunny windowsill for speedier results. Raven sows hers in lengths of guttering, filled with peat-free compost, in a sheltered corner or a greenhouse. The seedlings can then be slid out into a prepared U-shaped trench in a bed.

Salad herbs ideal for sowing now tend to be biennial and relatives of parsley, including coriander, chervil and dill. These belong to the family Apiaceae, sometimes referred to as umbellifers.

Not so humble umbels

They’re not just herbs: umbellifers can also be showy, decorative plants. Resembling cow parsley, their blooms have many small flowers on spokes like an umbrella. They add an airy, cottage feel and combine well with upright plants such as veronicas, foxgloves and agastaches. Sow directly now in pots or gaps in a flower bed. Seed will germinate quickly and grow on to form sturdy plants that will overwinter then send up flowers next year.

Orlaya grandiflora grows wild in the Mediterranean. The exterior petals of the outer florets are up to eight times longer than the rest, giving a quirky touch. It is happier in semi-shade than the others. All these umbellifers make lovely cut flowers.

Invest in some shrubby salvias

Salvia is a varied genus. They are floriferous and nectar rich, and therefore loved by pollinators. In full stride now, salvias will keep flowering until November. I recommend seeing a living plant in flower before you buy. Choosing colours from a screen or catalogue can sometimes be misleading.

Newby Hall, near Ripon in North Yorkshire, has a splendid collection of around 40 different salvias. Shrubby salvias edge the beds. Taller salvias — Indigo Spires and Amistad — are mixed with dahlias, tithonias, zinnias and castor oil plants in the middle.

Salvias enjoy a gritty, well-drained soil in sun or part shade. They associate well with penstemons, roses and ornamental grasses. They are easy plants that require cutting back quite hard after the last frosts in spring. Vigorous varieties can be cut back again in July.

The “Wish” series of salvias have a shrublike presence at this time of year. I am enjoying Ember’s Wish, with its coral blooms, in a large pot, partnered with an orange-flowered Mirabilis jalapa and a trailing peach-flowered verbena.

Thyme needs a particularly free-draining soil. It will not tolerate being cold and damp, so Jones recommends planting in a terracotta pot, with perlite or grit mixed into the compost, on pot feet, to allow water to drain through.

He recommends positioning these Mediterranean herbs in “a winter sun spot,” ideally against a south-facing wall and away from patches prone to frost.

Mint is especially easy to grow. It spreads but can be contained by growing it in a large plastic pot sunk into a border. You can encourage a last flush of tender leaves by cutting plants right down to the base now.

As an herbaceous plant, mint naturally dies down for the winter. Along with French tarragon, you can extend the season by lifting some roots and potting them up to keep on a windowsill or in a greenhouse.