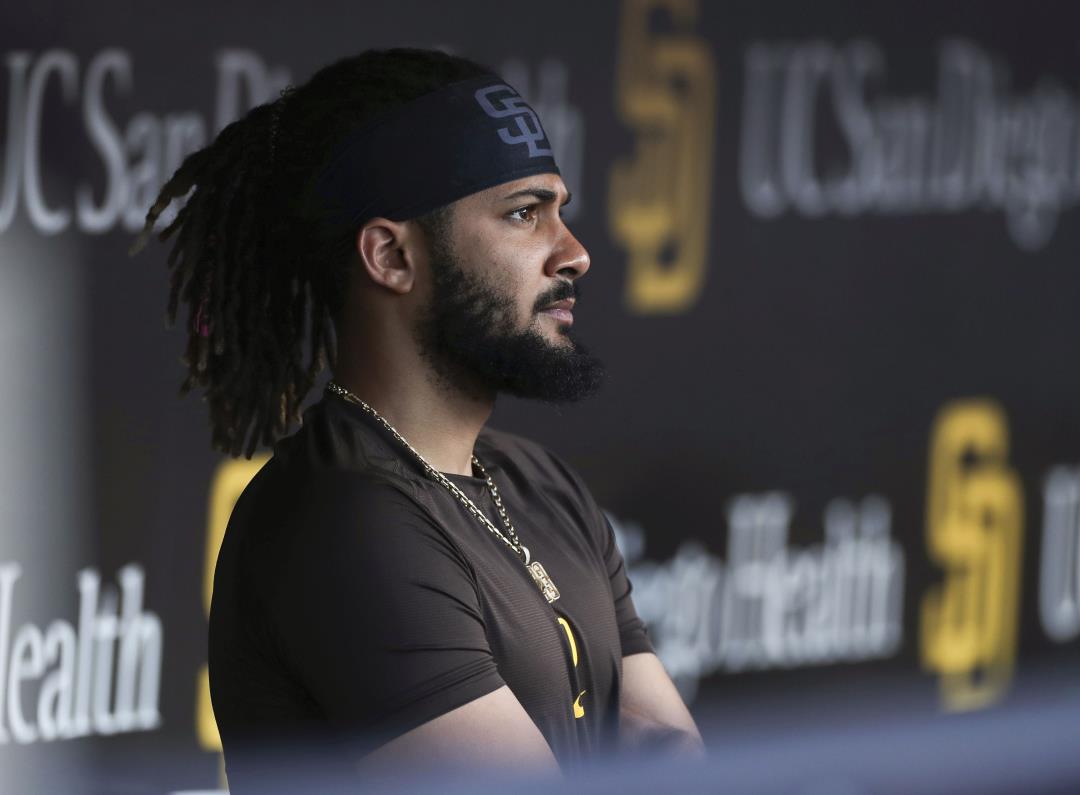 (Newser)
–
The San Diego Padres had just cleaned out their farm system for trades to build a team capable of reaching the World Series. The biggest addition, just before the trade deadline last week, was Juan Soto, an outfielder who’s one of the biggest stars in the game. They already had another of MLB’s best players, Fernando Tatis Jr. But now they don’t. Major League Baseball suspended Tatis late Friday after he tested positive for a performance-enhancing substance, ESPN reports. The Padres had 48 regular-season games left this year, so the 80-game suspension will spill into next season. If his team plays in the postseason, those games will count toward the 80.


“It turns out that I inadvertently took a medication to treat ringworm that contained Clostebol,” Tatis, a shortstop, said in a statement through the Players Association. “I should have used the resources available to me in order to ensure that no banned substances were in what I took.” He said he first appealed the decision, then decided that it was his mistake and that he should start serving the suspension. “I look forward to rejoining my teammates on the field in 2023.” The Padres’ statement said they were “extremely disappointed” by the test result and hope Tatis, 23, learns from his mistake, per People.


A wrist injury suffered in a motorcycle accident has kept Tatis out all season, per the New York Times. He was due back soon. Overall, he’ll have played in only 273 of a possible 546 regular-season games in his first four seasons. The Padres’ commitment to Tatis was reflected in the 14-year, $340 million contract signed before last season; the suspension will cost him about $3 million. The team had assembled a $56.8 million top of the lineup of Tatis, Soto, and Manny Machado—all Silver Sluggers, per Sports Illustrated. The Padres invested in this season not just to win a World Series, but to win over fans. “Shocked everybody,” Machado said Friday night.


Baseball loses, too, Alden Gonzalez writes for ESPN. “Tatis embodies the type of athlete Major League Baseball wants to market—bilingual, good-looking, charismatic, flashy, supremely talented,” he writes. Tatis’ image might never recover, Gonzalez says. And Tatis and his team would have to rebuild trust. “Over the course of the last six or seven months, I think that’s been something that we haven’t really been able to have,” the team’s general manager told the San Diego Union-Tribune. (Read more MLB stories.)