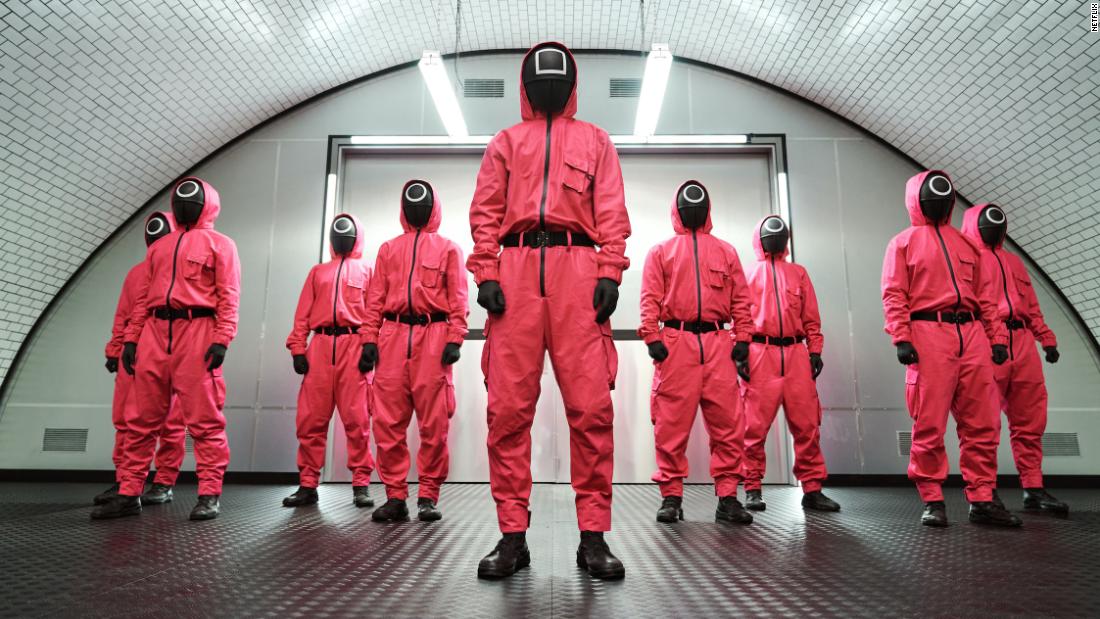 ‘Squid Game’ sets off a new game, trying to figure out why it took off on Netflix

By Nick Pearson On Oct 10, 2021
0
Share
After bingeing through the nine episodes, the answers likely can’t be traced to any one factor, but rather a multi-legged array of them. They include the thrill of audiences discovering a concept on their own, without needing pointy-headed critics to direct them; the “Black Mirror”-style dystopia of familiar children’s games turning deadly; and a greater appetite in the US for internationally produced content, already evident in the South Korean film “Parasite’s” Oscar breakthrough in 2020 and the popularity of other Netflix shows from overseas, such as “Lupin.”

As for the series itself, there’s nothing so novel about “Squid Game” that would necessarily account for its assault on social media, having become the kind of trending item that media outlets, frankly, can’t afford to ignore.

Instead, what writer-director Hwang Dong-hyuk has done principally involves serving old wine in a new bottle. Seen that way, “Squid Game” presents a visually arresting variation on themes seen plenty of times before, which include tapping into the class divide — and the rich essentially preying on the poor and destitute — at a moment when the audience might be more receptive to that message.

As is so often the case, timing, packaging and platform (that is, Netflix’s 200-million-plus subscribers) have combined to create what one executive described to NBC News as “an organic fandom.” As Vulture noted, the show nevertheless took off with few advance reviews and “hardly any marketing in the US.”

Despite comparisons to “Parasite,” which also examined the issue of economic inequality, there’s no shortage of fare in the “You might like” column when it comes to “Squid Game’s” beyond-dark vision of the rich making the poor risk dying for their amusement.

The concept has frequently been tied to spectacle, from “The Hunger Games” to “The Running Man” to the independent movie “Series 7,” which focused on a fictional reality TV show that forced contestants into an elimination game that meant battling to the death.

A more recent example released just before the pandemic, the Universal movie “The Hunt,” provoked controversy with its premise about wealthy liberals creating an elaborate apparatus to hunt “deplorables.”
In its brief life, the streaming service Quibi also offered “Most Dangerous Game,” in which a terminally-ill man sought to win money by allowing himself to become prey for one-percenters represented by Christoph Waltz. The plot largely mirrored the 1994 movie “Surviving the Game,” which cast Ice-T as a homeless man abducted and chased by wealthy hunters seeking the ultimate thrill.

Despite its gruesome violence, the social commentary in “Squid Game” comes through loud and clear, establishing just how desperate the players are, and how cheaply their lives are valued by the “VIP’s” behind their suffering.

At the same time, that element involving the VIP’s might be the show’s weakest link, or at least its most obvious and thuddingly over the top when they arrive in the later episodes.

Still, by the time those wrinkles come into play viewers are no doubt already invested in the fates of key players, as well as curious about when and whether the game’s origins and secrets will be disgorged.

Another interesting underpinning of “Squid Game” is the idea that no matter how vicious and brutal it is, the poor cash-strapped souls taking part are supposed to have a fair and equal chance. In a way, that egalitarian streak also runs through the show’s popularity, cutting through cultural barriers and the streaming clutter to become an unexpected sensation.

Of course, one of the aforementioned factors — the audience’s feeling of discovery — is also the hardest to sustain in the proverbial bottle. As with any success, speculation has already turned what can be done as an encore, and imitators won’t be far behind.

Watching something burst into the public consciousness demonstrates how unpredictable hits can be, especially in this age of dizzying abundance. But when such a program suddenly emerges, and a “fandom” exists, the one certainty is that it won’t be long before “Squid Game” begins sprouting new arms.

I challenge Randi Weingarten, the most dangerous person in…