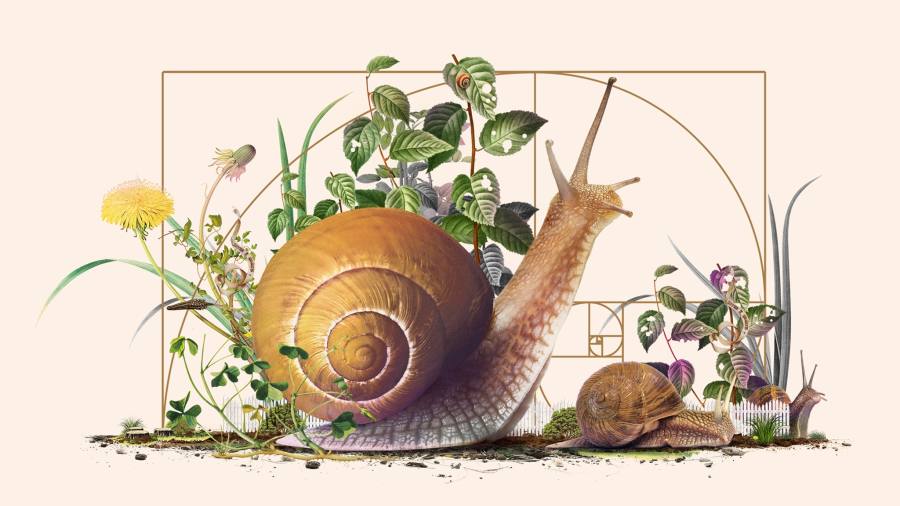 Slime against humanity: snails and slugs are the gardener’s scourge

You know that kid in the Pokémon cartoons who’s “gotta catch ’em all”? When I was four, I was like him. Only with snails, not pocket monsters.

I was enchanted to discover that these intriguing creatures were so common. They lived in elegantly coiled shells. They could pop their eyes out on stalks. What could be better? I collected 40-50 snails in a big plastic tub. Then I took them to the playgroup to show my friends. It was sunny, so we played in the garden.

Even now, I can remember the tones of barely concealed panic in my mother’s voice when she came to pick me up. “Where are all your snails, Jonathan?” she asked. She was carrying the empty tub, which I had forgotten about.

The emergency services would describe what ensued as “a situation”. My mother, remarking brightly on the need to encourage a love of nature in the young, began desperately retrieving snails from Mr Rathgeber’s shredded lettuces. Mr Rathgeber, his face redder than his beetroots, pounced on a reconnaissance party of invertebrates enfilading his onions. His wife removed me to a place of safety, though not before I had learnt some interesting new words from Mr Rathgeber.

I joined a different playgroup the following week. I don’t know what happened to the snails. Nothing good, I suspect.

These days I understand why Mr Rathgeber was annoyed. If you are a gardener, you already have a superfluity of slugs and snails. You do not need Mollusc Boy to ship in reinforcements.

The main theme of these columns is the appreciation of wildlife. In this case, I know better than to attempt that gambit. Slugs and snails are a nuisance. Human beings have split the atom, walked on the moon and digitised the world’s greatest books. But we cannot stop snails and slugs from trashing the treasured plants in our gardens.

I have tried the following barrier methods: copper tape, grease bands, grit, crushed egg shells and wool pellets. None worked for me.

Ferric phosphate slug pellets are not a lot more useful. They quickly dissolve into the soil. Nasty blue metaldehyde slug pellets, which the UK banned on April 1, were too effective. They littered borders with revolting slimeballs of dead and dying slugs. They could also poison pets, wild birds and hedgehogs.

If you have any of the latter gobbling up slugs in your garden, good luck to you. But hedgehogs are sadly rare in suburban Britain. So are thrushes and slow worms, which also devour these pests.

Nematode worms feature as a biological control you can order online. They made little difference when I deployed them. And deliberately infecting any fellow creature with a lethal parasite does make one feel rather like an evil scientist in an alien movie.

I have adopted the following four-point, pesticide-free control and containment plan.

First, collect the blighters. “There goes the Old Snail Gatherer” chortles my wife as I raid such hiding places as pot bottoms, wall bases and stem junctions. I kill the helical horrors by freezing them in a zip lock bag. If you think that is cruel, release them into the wilderness like Joy Adamson did with Elsa the lioness in Born Free.

Humans have split the atom, walked on the moon and digitised the world’s greatest books. But we cannot stop snails and slugs from trashing our gardens

Second, grow plants that slugs and snails do not like eating. Species with hairy, shiny or leathery leaves are generally immune. I get along just fine without hostas.

Third, nurture common predators. Frogs crunch up small snails like chips and dips. A wildlife pond will keep your amphibian security force well-staffed. The violet ground beetle is a fearsome slug predator and a thing of beauty. A log pile gives her a lair from which to go hunting after dark.

Fourth, relax. Some of your plants have holes in their leaves. So what? Weavers of fine Persian carpets supposedly leave one small mistake in each rug to acknowledge that only God is perfect. The same spirit of humility will save you from stressing over slug and snail damage.

Finally, acknowledge that molluscs have their merits. They help turn dead plant matter into soil. Snail shells are really rather miraculous. My garden snails all have right-handed twists to their shells. This means the opening is on the right when the tip of the shell is pointing upwards.

“As with a lot of nature, there is some lovely mathematics behind snail shells,” says Jon Ablett, senior curator of molluscs at the Natural History Museum. In the 1960s, US paleontologist David Raup discovered just four variables determine the range of shapes that snail shells come in.

I measured a couple of the snails in my garden and found that the width of their spirals increased by an average ratio of 1.15 to 1 with every quarter turn. That is one-third less than the ratio of the famous Fibonacci spiral, a natural mathematical phenomenon.

Try to think of the Garden Snail Spiral Ratio as another reassuring universal constant, rather than the Number of the Beast.

Jonathan Guthrie is head of Lex

Most Valuable Company on the Planet Isn’t American Anymore

Opinion | On Taiwan, Biden Should Find His Inner Truman