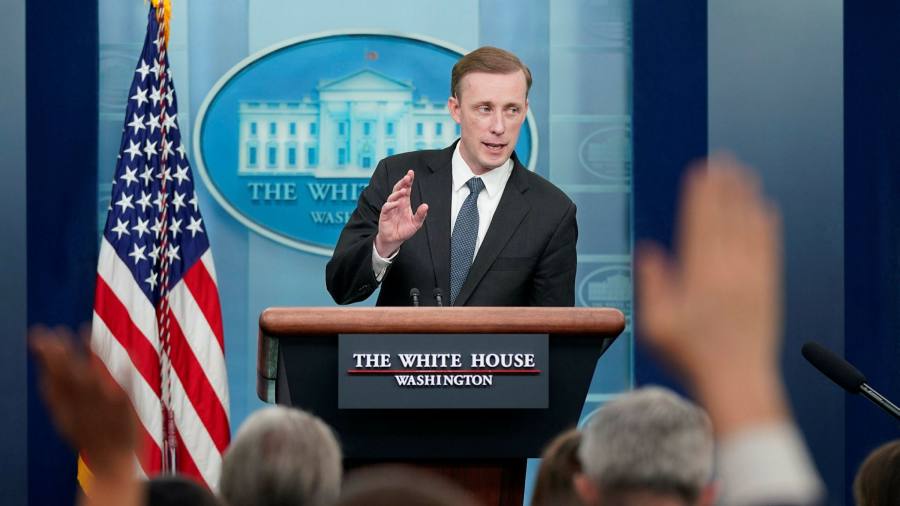 Secondary sanctions: unilateral escalation by US would lack punch

The European Council says further sanctions against Russia are “on their way”. Gruesome images of Russian atrocities in Bucha underline — graphically and horrifically — the need for more action.

French president Emmanuel Macron wants the EU to ban imports of the country’s oil and coal. Germany, with its heavy dependency on Russian fuel, has resisted such moves. Could the US tighten economic restrictions on Russia unilaterally, by imposing secondary sanctions?

At first blush, the move, mooted recently by US national security adviser Jake Sullivan, appears logical. When foreign organisations transact with entities placed under US sanctions, such as Russian bank VTB, Washington would impose sanctions on them too. That reduces the scope for such businesses to find new counterparties in China, India, Europe or elsewhere.

But secondary sanctions are imperfect weapons. The EU created a blocking statute following US sanctions and embargoes on Iran and Cuba. This is intended to protect EU companies from the US extraterritorial threat. It is flimsy because few of them would risk isolation from US markets.

China last year implemented its own law “to preserve national sovereignty” by countering US sanctions. This carries a bigger kick than the EU version. Chinese companies are used to being blacklisted by the US and fret less over stand-offs with Washington.

Countries can also avoid secondary sanctions using what Tom Keatinge, of the Centre for Financial Crime and Security Studies at the Royal United Services Institute, dubs “burner banks”. These have the sole purpose of dealing with entities that are under sanctions.

Examples include the Bank of Kunlun, controlled by state body China National Petroleum Corporation and used as the conduit for oil payments to Iran. Washington imposed sanctions on the bank in 2012, barring it from accessing the US financial system — hardly punitive given Kunlun’s remit.

Avoiding US dollars is another defensive tactic. India and Russia are considering a rupee-rouble arrangement for exports. Cryptocurrency payments may also be an option.

Secondary sanctions rank alongside selective bans on Russian banks using the payments messaging system Swift. They claim the moral high ground but are of only accretive and compromised usefulness.

Secondary sanctions would also fuel the flames of deglobalisation, pushing non-aligned nations away from developed democracies. The only meaningful escalation of the economic war against Russia remains European import embargoes on Russian energy, of the kind advocated by Macron.

The Lex team is interested in hearing more from readers. Please tell us what you think the west should do next to put financial pressure on Russia in the comments section below