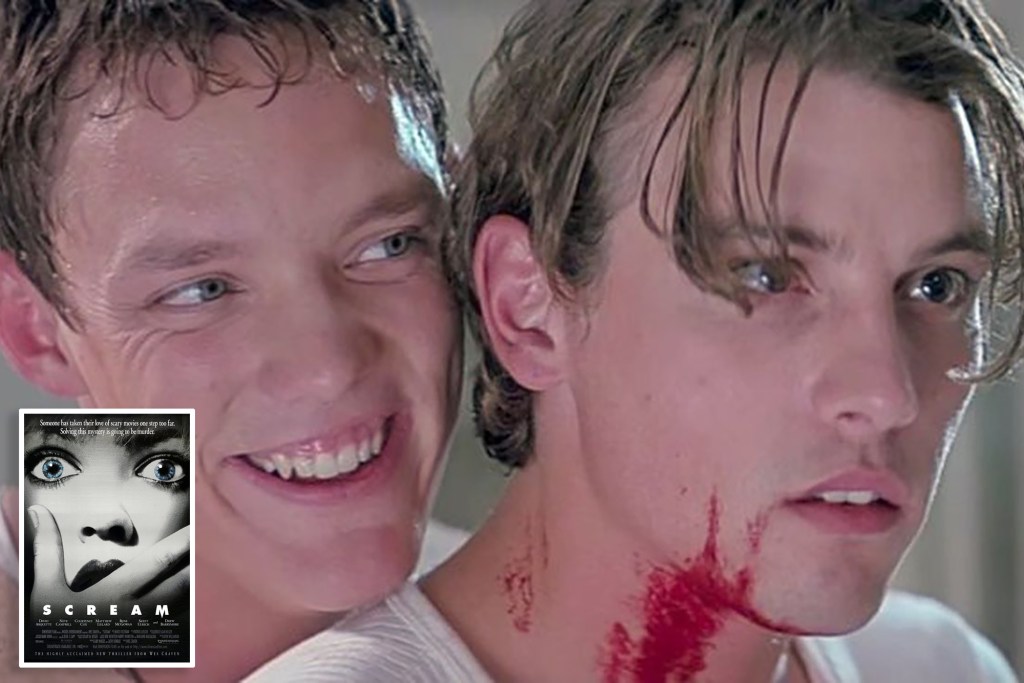 Do you like scary movies? Well, then you better get excited because “Scream 5” is almost here.

Two of the infamous horror franchise’s original stars, Skeet Ulrich and Matthew Lillard, recently took a walk down memory lane in an interview with Variety — and the 51-year-old actors teased whether their characters could pop up again.

As fans may remember, teens Stu (Lillard) and Billy (Ulrich) were — spoiler alert — behind Ghostface’s gory killings, and both died in the first 1996 film. When asked if they’ll somehow make an appearance in the next movie, Ulrich joked, “We’re the leads of it. They didn’t tell you?”

For the record, the pair’s faces don’t appear in the “Scream 5” trailer that was released earlier this week, though fans have theorized that it could be one of their faces underneath the new Ghostface mask.

When asked which of the two characters had a more memorable death scene, “Scooby-Doo” actor Lillard said, ” I’m not dead! I am not dead, strike that! I’m alive, I’m in jail, but I’m about to get out and look for revenge.”

Ulrich and Lillard additionally reflected on the cult status of the film and its seemingly everlasting legacy. The duo also fondly remembered working with the late director Wes Craven. Lillard recalled a time after filming when Craven hosted a “celebratory dinner” at his home to celebrate the end of shooting.

“He was one of those people who was great at telling stories. Because we were all so young and we went into that movie relatively naive in our careers, there was something very paternal about him,” he said. “He was definitely a father figure to a lot of us.

“He loved us so much. I think the original cast represented this rebirth for his career, and he was super proud of it. He was certainly a father figure to me in this business, without a doubt,” Lillard added.

The legacy of Josephine Baker