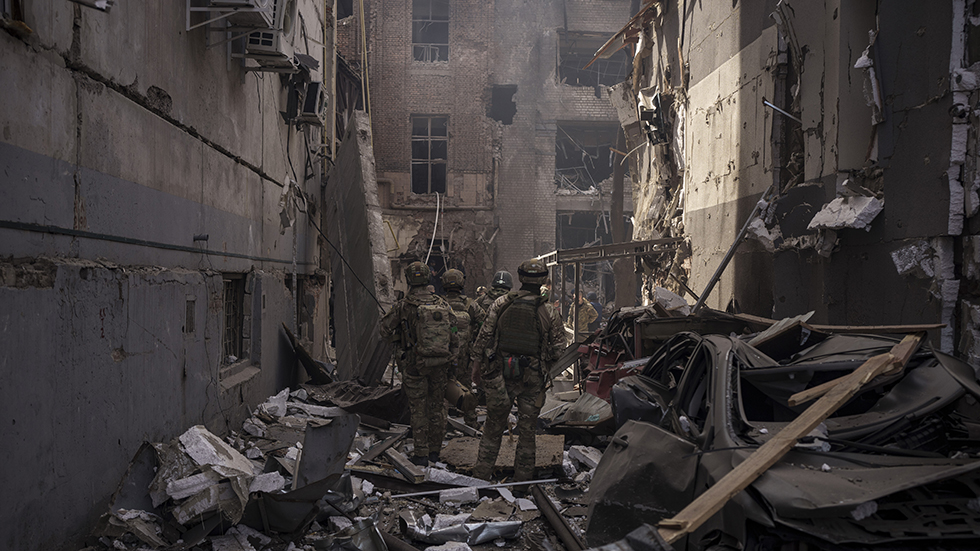 Amnesty said civilians have been killed while queuing for humanitarian aid, walking by a playground, visiting loved ones’ graves and sitting outside their homes.

“The continued use of such inaccurate explosive weapons in populated civilian areas, in the knowledge that they are repeatedly causing large numbers of civilian casualties, may even amount to directing attacks against the civilian population,” Amnesty concluded.

The group called for institutions with jurisdiction to take “immediate steps” to collect and preserve evidence of the alleged war crimes, arguing that the International Criminal Court is the “most immediately viable forum” for the investigation.

“Amnesty International calls for justice processes to be as comprehensive as possible, ensuring that all
perpetrators are brought to justice through independent, impartial and fair trials for all crimes under
international law,” the group said.

Amnesty also called on the Ukrainian military to cease operating in residential neighborhoods to protect civilians.

The group interviewed 160 people and investigated 41 strikes in the northeastern Ukrainian city over 14 days in April and May.

Amnesty’s 44-page report offers chilling accounts of civilians who were killed, had limbs amputated or suffered serious injuries as Russia shelled the city for two months, before Moscow’s focus shifted to other regions of Ukraine.

The Kharkiv Regional Military Administration’s medical department director told Amnesty that 606 civilians had been killed and 1,248 injured in the Kharkiv area as of April 28.

Ivan Litvynyenko, 40, told Amnesty several cluster munitions exploded in a Kharkiv playground on April 15 as he was walking with his wife and their 4-year-old daughter. Litvynyenko’s wife died on June 11.

“When my daughter saw her mum on the ground in a pool of blood, she said to me, ‘let’s go home; mum is dead and the people are dead,’” Litvynyenko told Amnesty. “She was in shock and so was I.”

The munitions largely struck a parking lot outside a post office where hundreds of people were queuing for humanitarian aid. Explosions also rained down at a supermarket entrance about 400 feet away and a nearby pet food shop, according to Amnesty.

“Now I am too scared to go out or to stay anywhere above ground,” 45-year-old post office employee Sasha told Amnesty. “So I’m not staying in my apartment. I’m living in the metro station. I can’t get over the fear.”

Amnesty said two cluster munitions also exploded on the roof of Holy Trinity Church, a separate humanitarian hub, destroying rooms and a hallway where a dozen people had been standing minutes earlier.

In a series of cluster submunition explosions on April 26 in the Saltivka neighborhood, Amnesty said Russia’s blasts killed three and injured six.

Cancer survivor Olena Sorokina, 57, lost both her legs in the attacks while sitting outside her building waiting for a humanitarian aid delivery.

“After the battle with cancer, now I have to face another battle to learn to function without legs,” she told Amnesty.