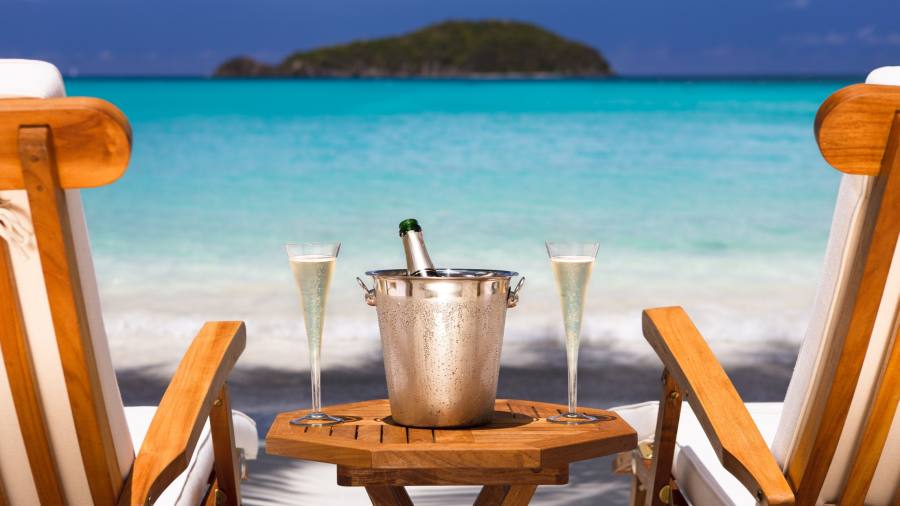 Rich People’s Problems: Have I got enough money to retire?

I’m increasingly worried about getting old. More particularly how I’ll fund my retirement. I’m almost at an age where, if I tripped and fell, I’d have “had a fall”. I’ve even caught myself making an “ahhh” sound when I sit in a comfy chair and an “ooof” when I get out of it again.

Last weekend I left the garage door wide open with the lights on for hours after ferrying some chairs to the car. I probably got distracted. I’m sure I need to change a fuse somewhere. Then, after cooking the most delicious roast lunch (I relented and switched on the Aga for the weekend), I left the gravy simmering away all afternoon.

Signs of a failing mind? I’m sure I’ve left my marbles somewhere. I hope they’re in a safe place.

These incidents prompt a question. How much do I need to save for a comfortable retirement?

I’m not the only one worried by this conundrum. Three-quarters of savers (77 per cent to be precise) don’t know how much income they’ll need and only 20 per cent are confident that they’re saving enough, according to research by Hargreaves Lansdown. Despite 76 per cent of all statistics being made up, I am 100 per cent certain I’m not in the 20 per cent.

According to the research, 40 per cent of the UK’s population is on track for a “moderate” retirement. The Pensions and Lifetime Savings Association defines £20,800 as a “moderate” single person’s income and for a “comfortable” retirement, including three weeks in Europe on holiday, you’ll need £33,600. Or £49,700 for a couple.

I’m wondering if this is a new definition for the word “comfortable” of which I’d previously been unaware? For me a comfortable three-week European holiday would involve staying at La Réserve de Beaulieu. And that’s your annual budget busted.

It’s clearly time to build a cost-of-living spreadsheet. For this exercise, I’d suggest pouring a large gin and slimline tonic (I’m still defatting) to cope with the inevitable bad news. Council tax, home and health insurance are the best part of £20,000 a year. Club memberships, overseas property service charges and the beach hut sink another £10,000. Cars jettison £15,000 and I’ve not even eaten yet.

There’s overseas trips, presents, going out, takeaways, subscriptions and unexpected expenditure on stuff that wears out, needs servicing or replacement. Next is energy costs — shudder! — house maintenance and projects such as a walk-in dressing room and enlarged kitchen-diner, adding to the budget for frippery, unnecessary purchases and clothes.

The garden needs to be gardened (I only do the glory stuff after the beds have been dug out and the lawn mown) and the house needs to be cleaned. Preferably not by me. And I forgot about the dogs. That’s another £6,000 a year with vets’ bills included.

After all this analysis, I get distracted. I’ve never been this old. Worse still, I’ll never be this young again. No matter how many pairs of Moncler trainers I buy or times I listen to “Harry’s House” by Harry Styles. The grey hair and new byline picture are testament to that.

The only reason we have a go at millennials, Gen Y or Z or whatever they are now, is because we’re jealous. Jealous of a full head of hair that grows where it should, as opposed to the ears and nose. And the older I get, health issues are beginning to murmur. Is it worth the brain ache to do this analysis? Will I be physically able to do all the things I want when I retire anyway?

The dire economic situation piles further pressure on personal finances. Inflation forces you to save more for the same result while increased taxation and frozen allowances eat into what you can set aside. Rising interest rates have added to mortgage costs and falling markets leave your pension pot depleted. It’s back to the spreadsheet, donning a pair of reading specs.

With pension planning, there are some rules of thumb. First, you should save at least 12 per cent of your earnings every year. Until I went freelance 15 years ago, I was quite efficient in that department. Since then? Not so much. Telling yourself to make such sacrifices falls into the same category as reducing your drinking, never smoking and eating less salt. Generally, on deaf ears, until it’s almost too late.

The simple conclusion is that I’ve not saved enough. The pension calculators tell me that I have about 67 per cent of what I need set aside to live the lifestyle I want to maintain

Perhaps that triple-lock pension that everyone keeps going on about will help? I’ve got 15 years to wait until I can draw my state pension. Although at around £10,000 a year, it will only fund my hefty fizz habit, an annual ski trip and a few pairs of underwear.

In my fantasy retirement I’d be off to the Caribbean for the winter months. It would save on the heating bills. Antigua would be my choice but you’d best budget for £15,000-£20,000 a month to rent a half decent apartment. More if you want a house. You’ll still have to buy food, rent a car and the inevitable costs of living the high life.

However, all this fantasising over retirement options isn’t going to wash if the money isn’t there. Perhaps the best option is to befriend someone who owns a massive house or yacht. After all, what’s the point in having wealthy friends if they aren’t going to invite you to stay? Surely they’ll be bored without you?

The simple conclusion is that I’ve not saved enough. The pension calculators tell me that I have about 67 per cent of what I need set aside to live the lifestyle I want to maintain.

I’d better face facts. I’ll never be able to retire. Perhaps I’ll reinvent this column so I can write forever. Old people’s problems. That’s got a ring to it.

James Max is a broadcaster on TV and radio and a property expert. The views expressed are personal. Twitter: @thejamesmax

Wefox CEO ‘disgusted’ by mass tech layoffs: ‘These are humans’

Ohio State-Michigan could be a low-scoring game