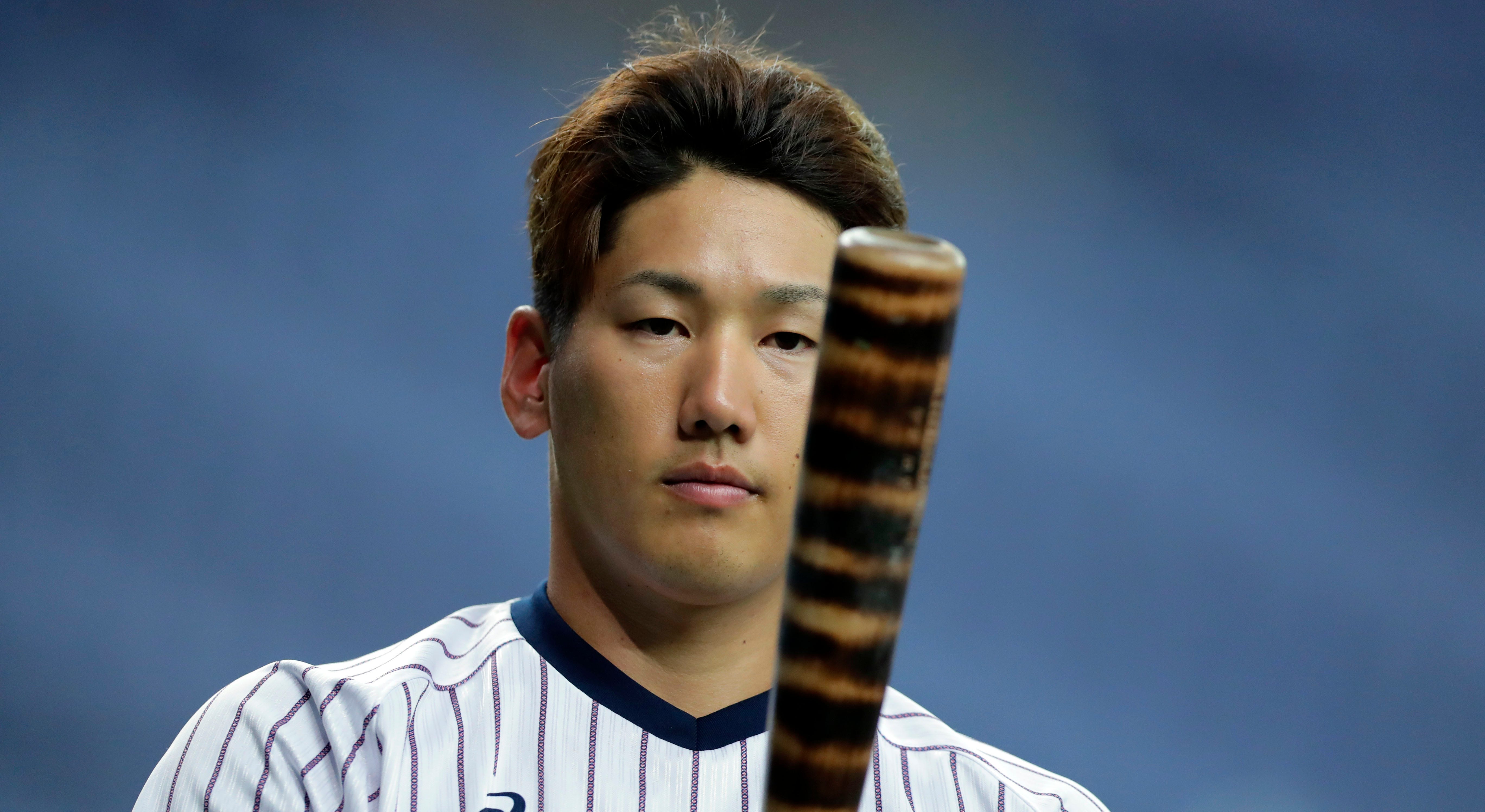 The Boston Red Sox found their outfield addition in free agency overseas, as they quickly signed Japan’s Masataka Yoshida just one day after he was posted by the Orix Buffaloes.

Yoshida’s deal is worth $90 million over five years, and because Orix’s posting fee is $15.4 million, Boston’s payout is around $105.4 million total for the 29-year-old outfielder, per ESPN.

Masataka Yoshida #34 of Team Japan flies out to left field in the first inning against Team Mexico during the baseball opening round Group A game on day eight of the Tokyo 2020 Olympic Games at Yokohama Baseball Stadium on July 31, 2021 in Yokohama, Kanagawa, Japan.
(Yuichi Masuda/Getty Images)

He’s also got an incredible eye at the dish, with just 42 strikeouts to 82 walks.

Yoshida stands at 5-foot-8, 176 pounds but surprises many with the pop in his bat. He also notched 28 doubles and one triple.

Boston needed some outfield help after declining to pick up Tommy Pham’s option for the 2023 season. Alex Verdugo and Enrique Hernandez are there, but the Red Sox had to mix and match with the likes of Jarren Duran, Rob Refsnyder and others last season.

Outfielder Masataka Yoshida #34 of Team Japan reacts while at bat in the sixth inning against Team United States during the gold medal game between Team United States and Team Japan on day fifteen of the Tokyo 2020 Olympic Games at Yokohama Baseball Stadium on August 07, 2021 in Yokohama, Kanagawa, Japan.
(Steph Chambers/Getty Images)

The Red Sox also needed a consistent leadoff hitter, which Yoshida could be for them given his track record in Japan.

Will his skills overseas translate to MLB? We’ve seen the likes of Ichiro, Hideki Matsui and now Shohei Ohtani play well when they enter the league, but others have been flashes in the pan or bounced around the league.

The multi-year deal from Boston shows they have faith Yoshida will make an immediate impact in their quest to return to postseason play after missing out in 2022, and in the future.

Yoshida is the second reported signing for Boston on Wednesday, as veteran closer Kenley Jansen also chose the Red Sox as his next team.

Outfielder Masataka Yoshida #34 of Japan warms up prior to the game two between Japan and Mexico at Kyocera Dome Osaka on March 10, 2019 in Osaka, Japan.
(Kiyoshi Ota/Getty Images)

The bullpen has been a point of emphasis for the organization as they signed lefty reliever Joely Rodriguez and former Los Angeles Dodger Chris Martin.

Scott Thompson is a sports writer for Fox News Digital.