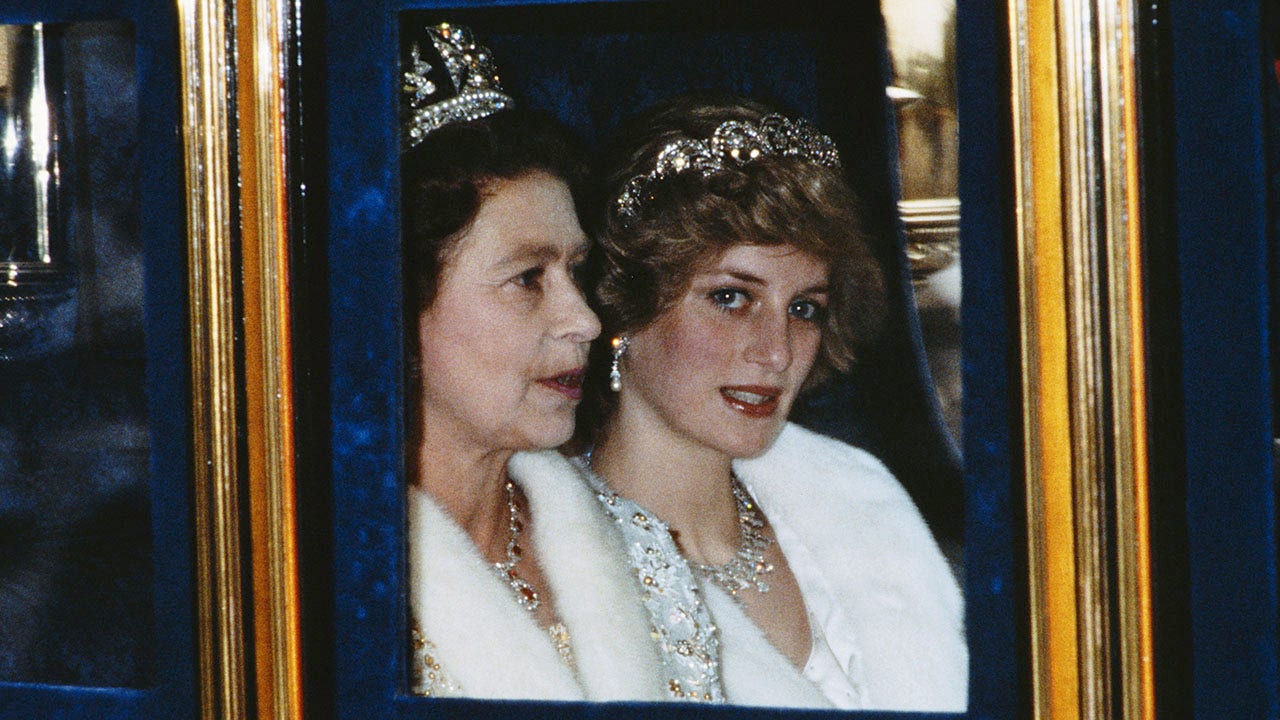 There’s no doubt that Princess Diana’s relationship with her mother-in-law was a complicated one.

The Princess of Wales is the subject of an upcoming biopic titled “Spencer,” which stars Kristen Stewart as the beloved royal. And in Season 5 of “The Crown,” premiering on Netflix in November 2022, Diana’s later years will be explored in the historical drama.

“There’s no doubt that the queen was sympathetic to the Princess of Wales,” he explained. “But you know, people didn’t discuss mental health to the extent that we do today. And people’s knowledge of it was less. And of course, the queen, being a generation older than the Princess of Wales, had a very old-fashioned upbringing. It was a late-19th-century upbringing where you certainly didn’t talk about those things.”

Dennison, who has written eight critically acclaimed books, has recently penned “The Queen,” a new biography that explores Elizabeth’s decadeslong reign. He spoke to several palace insiders, both past and present, to tell the reigning monarch’s story.

Diana was just 19 years old when she became engaged to Charles, the heir to the throne, who was 13 years her senior. The union resulted in a fairytale wedding in 1981 watched by hundreds of millions of people from around the world. The couple separated in 1992.

In 1995, Diana gave an interview to the BBC in which she said the marriage had failed because Charles was still in love with an old flame, Camilla Parker Bowles. Diana said she was devastated when she found out in 1986 – five years after her marriage – that Charles had renewed his relationship with Camilla. She said she was so depressed that she deliberately hurt herself in a desperate bid for help.

“There were three of us in this marriage, so it was a bit crowded,” Diana famously said.

The princess also admitted that the discovery of Charles’ affair contributed to feelings of failure and “rampant bulimia.” While Charles had asked for the separation, Diana said she wasn’t seeking a divorce because of the impact it would have on their sons.

“Obviously we need clarity in the situation,” she added.

After the interview, the queen recommended that the couple divorce quickly. The marriage was legally dissolved the following year.

“The queen sympathized with the Princess of Wales and had a great personal fondness for her,” said Dennison. “I don’t think there was ever any lack of affection. I think the queen didn’t understand why the princess might say or do things that would jeopardize the institution that she’d married into, which was also her own children’s inheritance. … I think the queen found that very difficult. But there’s no doubt that Diana needed to be heard.”

Princess Diana and Prince Charles’ divorce was official in 1996, one year before her death.
(Photo by Tim Graham Photo Library via Getty Images)

Two years after the interview, the princess died in a Paris car crash as she was being pursued by the paparazzi. She was 36. Both of her sons, Prince William and Prince Harry, have said they see a direct link between deception tactics that were used to secure the BBC interview and their mother’s untimely death.

Dennison said he took issue with the way the queen, 95, was portrayed in Season 4 of “The Crown,” which premiered last year. While the series has been much dissected since its 2016 premiere for its dramatic interpretations of the royal family, the most recent season has sparked the most debates and headlines. Set in the ‘80s, it focused on Charles and Diana’s widely publicized marriage.

“Where does one start?” Dennison said with a chuckle. “Let’s be honest, ‘The Crown’ has been, in some ways, very good for the monarchy because it has reminded younger viewers that the queen was once a dazzlingly glamorous figure. Many people of course remember the Princess of Wales and how radiant she was. … But I also think that in some ways, it has been incredibly cruel and very unfair to the queen.”

‘THE CROWN’ IS ‘A TRAVESTY’ BASED ON INACCURACIES, SAYS ROYAL EXPERT: ‘THE FABRICATION IS QUITE UNBELIEVABLE’

Josh O’Connor and Emma Corrin starred as Prince Charles and Princess Diana in Season 4 of “The Crown.”
(Netflix)

“She’s interpreted as a figure who cannot feel ordinary human feelings,” he continued. “The queen has a praiseworthy, wonderful dedication to duty. And yet the writers transformed that into something negative. She’s somehow a figure who is unable to have ordinary emotions or affections. That is deeply unfair to somebody who began her reign as a young woman and who has never stopped even during times of tragedy.”

“Isn’t it remarkable for a famous person nowadays to have an element of the unknown, a sense of mystique about you as you carry on?” he noted. “I think it’s a triumph.”

Diana’s brother, Charles Spencer, has also said the show should carry a notice that “this isn’t true but it is based around some real events.”

Lady Diana Spencer and Prince Charles pose with Queen Elizabeth at Buckingham Palace, London, in March 1981, the day that their wedding was sanctioned by the Privy Council.
(Getty Images)

“I worry people do think that this is gospel, and that’s unfair,” the 57-year-old told broadcaster ITV.

Netflix previously rejected calls from British Culture Secretary Oliver Dowden to add a disclaimer to the series that states it is a work of fiction. The streaming giant said the show is presented in enough context.

“We have always presented ‘The Crown’ as a drama — and we have every confidence our members understand it’s a work of fiction that’s broadly based on historical events,” according to a statement released by Netflix.

“As a result, we have no plans — and see no need — to add a disclaimer,” the statement added.

Britain’s Prince William, left and Prince Harry unveil a statue they commissioned of their mother, Princess Diana, on what would have been her 60th birthday, in the Sunken Garden at Kensington Palace, London, July 1, 2021.
(Dominic Lipinski /Pool Photo via AP)

“The Crown” creator Peter Morgan, whose work also includes recent-history dramas “The Queen” and “Frost/Nixon,” has defended his work, saying it is thoroughly researched and true in spirit.

In a 2017 discussion of “The Crown,” Morgan said, “You sometimes have to forsake accuracy, but you must never forsake truth.”

Diana is far from forgotten. On July 1, which would have been her 60th birthday, William and Harry unveiled a statue of their late mother. Her three siblings joined the brothers for the private ceremony in the Sunken Garden of London’s Kensington Palace, a place where the princess once found solace.

The statue, which shows a larger-than-life Diana surrounded by three children, was commissioned by the princes in 2017. The style of her dress is meant to evoke the final period of her life when she gained confidence in her humanitarian work.

French antitrust chief ‘surprised’ to be removed from post

The #MeToo movies have finally arrived. Only one captures…