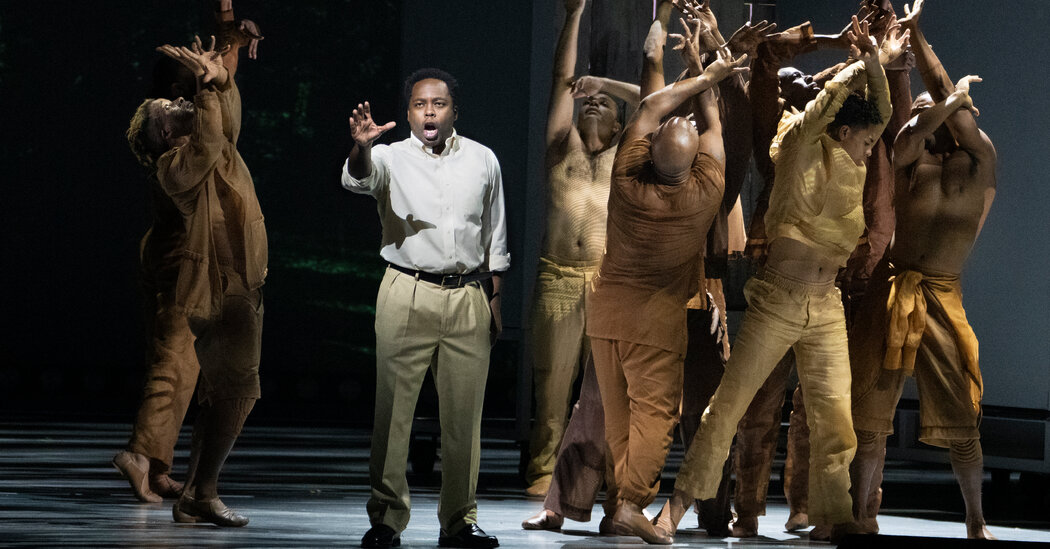 Opera’s Lack of Diversity Extends to Offstage, a Study Shows

Opera has long grappled with a lack of racial diversity. Black, Latino and Asian singers have struggled to be cast in principal roles. Works by composers of color have rarely been performed.

And, according to a study released on Thursday, there is also a striking dearth of minorities behind the scenes, in the ranks of opera administration.

The study, by Opera America, a service organization for opera companies, found that only about a fifth of employees and board members at opera companies in the United States and Canada identify as people of color, compared with 39 percent of the general population.

The findings underscore the challenges many companies face as they work to attract new and more diverse audiences, challenges that gained fresh urgency after the police killing of George Floyd in 2020, which brought renewed attention to questions about representation in the arts.

“It shows there is a great deal of work to do for opera companies to more consistently reflect our nation and their communities,” Marc A. Scorca, the president and chief executive of Opera America, said in an interview. “For opera to truly be the connected, contemporary cultural expression that we want it to be, we have to reflect this country.”

The study showed some signs of progress: Women now hold 61 percent of positions in administration in opera, and they account for 54 percent of leadership posts.

And opera companies have taken steps in recent years to bring more racial diversity to the stage.

The Metropolitan Opera, the nation’s largest performing arts organization, last year staged Terence Blanchard’s “Fire Shut Up in My Bones,” the first opera by a Black composer in its history. The Houston Grand Opera last year premiered “The Snowy Day,” based on the 1962 book, one of the first mainstream children’s books to feature a Black protagonist.

Wayne S. Brown, a chair of the Opera America board and the president and chief executive of the Detroit Opera, which this year staged Anthony Davis’s “X: The Life and Times of Malcolm X,” said it was important that companies worked to attract people of different backgrounds to administrative posts, through mentoring programs and other efforts.

“It’s a time of awakening,” he said in an interview. “We have to ask ourselves, ‘Are we reflecting who we are? Is this the image that we choose to project?’ ”

The study, based on surveys of about 1,200 administrative staff members and 1,500 trustees at 97 different companies, is one of the first of its kind in the industry.

The Senate Gun Bill Is Terrible