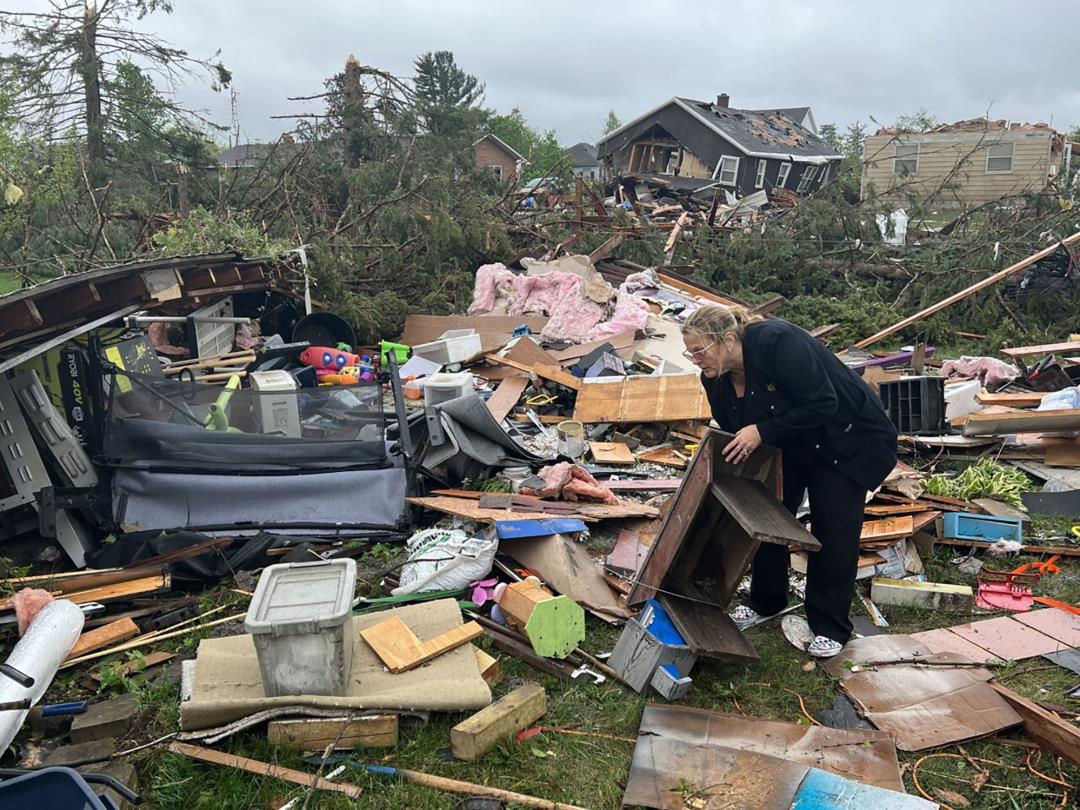 (Newser)
–
“The town is devastated.” That was the assessment Friday of Jordan Awrey, a member of the City Council in Gaylord, after a tornado swept through the Michigan town on Friday, killing one and wreaking havoc on buildings, cars, and other structures. Michigan State Police say 44 people were hurt, with a Munson Healthcare spokesperson noting the injured were taken to various area hospitals, reports CNN. Lt. Jim Gorno of the state’s Department of Natural Resources said the “catastrophic” twister tore through the town shortly after 3:45pm, slamming the hectic downtown area.


“We aren’t used to it up here,” he told the news outlet, which notes that Michigan usually averages only 15 tornadoes annually. Trees and power lines were downed, homes and office buildings were damaged, and even the roof of the local Hobby Lobby was ripped off, per the Petoskey News-Review. Weather.com has video of both the tornado itself and the aftermath. “To be standing outside my house, to see it in person was just unbelievable,” a Gaylord resident who says he was about a quarter of a mile away from the tornado tells CNN. “I was in shock and in awe, I was thinking, ‘Holy cow, it’s right in front of my face.'”


Power outages were widespread, with more than a third of Otsego County’s utility customers still without electricity as of Saturday morning. Michigan Gov. Gretchen Whitmer declared a state of emergency in Otsego County after the weather event, a move that opens up all state resources and rescue and recovery efforts in affected areas. “My heart goes out to the families and small businesses impacted by the tornado and severe weather,” Whitmer tweeted Friday evening. “To the entire Gaylord community—Michigan is with you. We will do what it takes to rebuild.” (Read more tornado stories.)

Trump Is Making Georgia All About Himself, And It Could Cost The GOP

NASA wants to put nuclear reactor on the moon