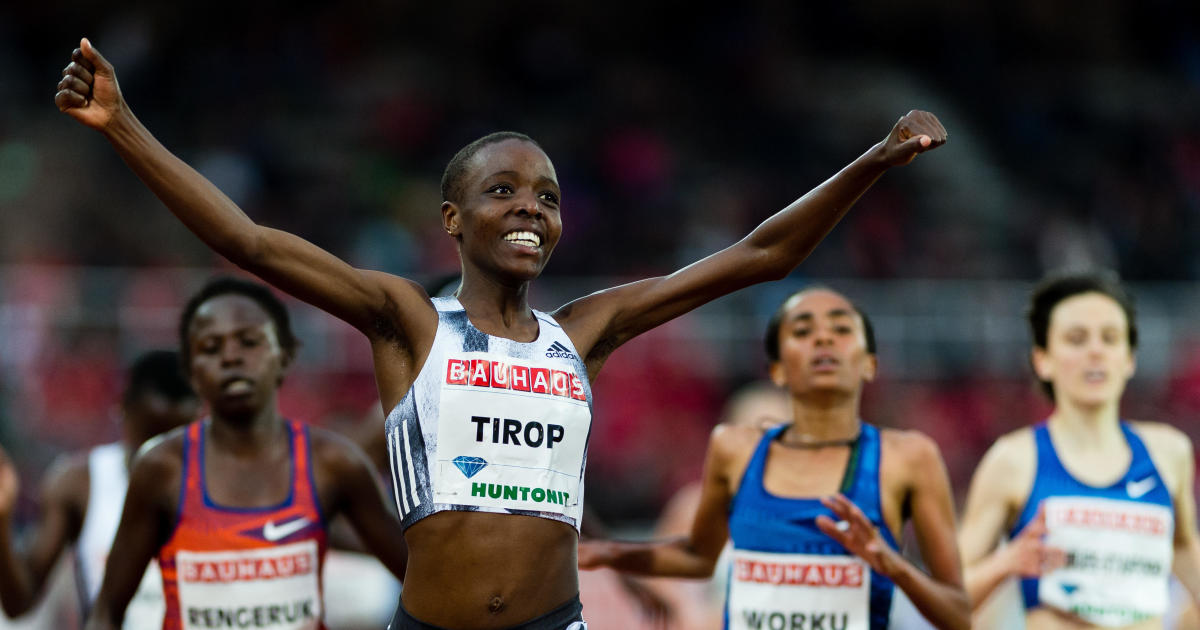 The husband of Kenyan runner Agnes Tirop has been arrested in connection with her murder. The star athlete was found stabbed to death in her home earlier this week. Police say they arrested Ibrahim Rotich in the Kenyan coastal city of Mombasa on Thursday night after a high-speed chase that went on for miles.

Rotich was trying to flee the country, and the chase ended, police say, after he “rammed his getaway vehicle into a lorry at Athi River, along Mombasa road, as he desperately escaped our dragnet.”

Rotich is being held in police custody where they say he is “being grilled by detectives at Changamwe police station, for more details…before being arraigned to answer to murder charges.”

The 25-year-old was found dead in her home in the western town of Iten, a training center for top athletes. Her murder has shocked the athletics community. She was already a rising international track and field star, having recently smashed the women-only 10km record in Germany last month. She was also a two-time world championship bronze medalist, and finished fourth at the Tokyo Olympics in the 5,000 meters.

International Olympic Committee President Thomas Bach said he was shocked by her death, adding that “her performances at the Tokyo Olympics had given hope and inspiration to so many people”.

Tirop’s brutal killing has once again raised the issue of the prevalence of gender-based violence in Kenya, which according to government statistics affects at least 45% of all women and girls in the country. Experts say unofficial figures could be a lot higher.

Police believe there was a domestic altercation before Tirop was stabbed and said the windows of her car had been deliberately shattered.

The police had been hunting for Rotich since Wednesday after his family reported he called them crying and asking for God’s forgiveness for something he had done, the Associated Press news agency quoted Tom Makori, Elgeyo Marakwet county police chief, as saying.

Kenya’s President Uhuru Kenyatta said in a statement “it is even more painful that Agnes, a Kenyan hero by all measures, painfully lost her young life through a criminal act perpetuated by selfish and cowardly people.”

Rotich will be transferred to Nairobi, where he is expected to appear in court.

Denial of responsibility! Elite News is an automatic aggregator of the all world’s media. In each content, the hyperlink to the primary source is specified. All trademarks belong to their rightful owners, all materials to their authors. If you are the owner of the content and do not want us to publish your materials, please contact us by email – [email protected]. The content will be deleted within 24 hours.
agnes tiroparresthusbandibrahim rotichKenyamurder
0
Share FacebookTwitterGoogle+ReddItWhatsAppPinterestEmail

Chucky review – the murderous doll is back (and may be…

Eco-friendly products for your home from bed throws to…

James Dyson: ‘The worst thing anyone has said to me? That my…

Leicester Tigers CEO Andrea Pinchen: ‘People looked at me in…