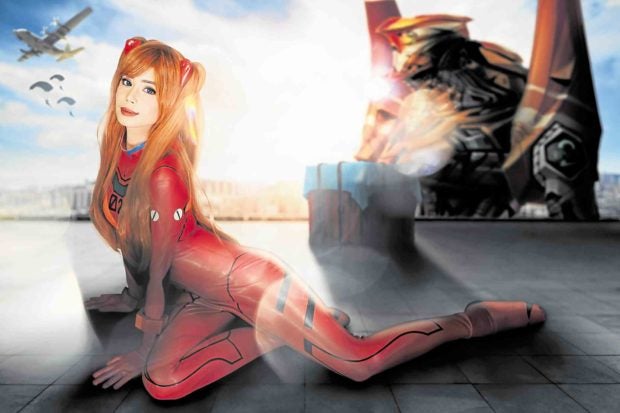 One thing Myrtle Sarrosa learned early on in life is to never put all her eggs in one basket. This is especially true in show biz, where projects can dry up as quickly as it poured in.

So when the COVID-19 pandemic hit and caused production shutdowns in the entertainment industry two years ago, the actress simply pivoted toward the digital space and focused on her other passions—gaming, cosplaying and digital content creation.

“Show biz isn’t an everyday, nine-to-five job. After a teleserye, it can take months or a year before you get a new one… There will be times when you won’t have projects. How do you make the most out of that free time? That’s the challenge for us celebrities,” she told the Inquirer in a recent Zoom interview.

“If you don’t have show biz work, then build yourself in the digital space. If you don’t have opportunities right now, work hard to get yourself out there and stay visible. Even if you can’t capture a television audience right now, you can turn to the internet… You just have to work your butt off to create those chances in life,” she said.

And this is something Myrtle learned the hard way. “Back then I would just wait every day, nakatunganga and wondering, ‘Siguro may darating para sa ‘kin.’ But sometimes God needs to give you good nudging to make a move. And then I told myself, ‘Eh kung mag-post ka kaya araw-araw para maalala ka at kunin ka nila?’” she related.

During the show-biz standstill in 2020, some celebrities came flocking to social media and the digital space, treading the unfamiliar waters of gaming, vlogging and live streaming for alternative streams of income. But since she had already established her presence in these fields or media, Myrtle didn’t have to worry too much about making the transition.

“I started gaming a long time ago. I started streaming around 2018. And because of cosplay, I gained cosplayer followers who also enjoy playing games,” said the “Pinoy Big Brother: Teen Edition 4” winner, who transferred to GMA 7 in February 2020—just a month before the first lockdown.

“Before moving to GMA 7, I felt like I had to quit the other things I do. But when the pandemic started, I knew I had to go back to gaming and streaming,” she added.

As a gamer, Myrtle had the opportunity to collaborate with various top games and gaming companies: She’s a top streamer and an ambassador for Activision’s “Call of Duty: Mobile” and Heathstone in Southeast Asia. She was also featured in a commercial and tapped as a Philippine representative for “Call of Duty: Vanguard.”

She was tapped to cosplay the character Jinx for the release of “Arcane: League of Legends” in the Philippines, and Sona’s skin for the Crystal Rose Event of “League of Legends: Wild Rift.”

“GMA 7 is very supportive of what I do in gaming. They saw that many projects were coming in one after another. They were glad and amazed that my hard work is bearing fruits,” said Myrtle, who has also done some promotional work for such titles as “World of Warcraft,” “Far Cry 6,” “Genshin Impact,” “Valorant,” “PUBG Mobile” and “Assassin’s Creed.”

“I found a niche in this space. I found followers through gaming and cosplay, and they enjoy seeing me dress up as different video game characters. I feel very connected with my fans here because they can relate with the anime I watch and the games I play,” she said.

Aside from live streaming and her collaborations with various gaming outfits, Myrtle is a pioneer in the P2E (play-to-earn) gaming scene in the Philippines. She’s also one of the first gamers to stream the popular “Axie Infinity,” where players can generate income—through nonfungible tokens or NFTS and cryptocurrencies—just by playing. She’s also an investor in the soon-to-be-launched P2E game “MetaGods,” where she bought a piece of digital land which she hopes will attract future gamers.

As such, Myrtle has become a go-to person of sorts for celebrities who want to get into streaming or gaming. “There were people in show biz who came up to me about gaming or streaming like Jane Oineza, Joross Gambao, Daniel Matsunaga and Yassi Pressman. I gave them digital assets in games,” she said.

Her costars in the now on-hold series “Love. Die. Repeat.” (because of lead star Jennylyn Mercado’s pregnancy) were also curious about what she does. “In our days off, I would put out my computer and stream. And they would wonder why I had lots of lights in my room,” she said.

So while she still has a lot of show-biz dreams she wants to fulfill, the future of Myrtle’s career isn’t solely hinged on acting.

“I have a back-up plan. It’s not just for me, but for people who depend on me for support. I’m a hard worker because there are lots of people I want to help,” she said. INQ