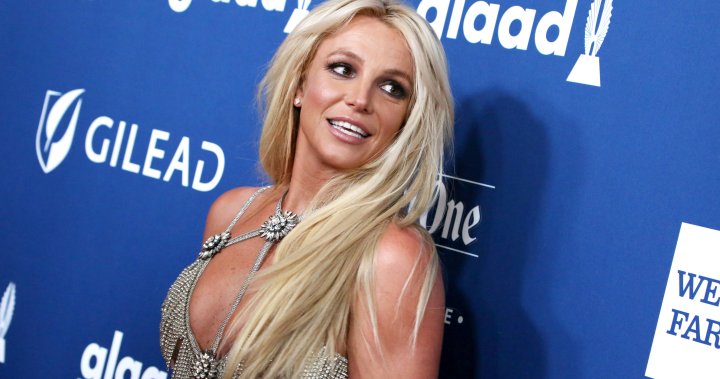 In a video clip posted to YouTube (and shared via Twitter), Spears, 40, spoke in detail about how she was treated in the conservatorship, calling it “pure abuse.”

Spears was put into a conservatorship that controlled many aspects of her life on Feb. 1, 2008 by her father, Jamie Spears, and lawyer Andrew M. Wallet after several months of her strange behaviour in public.

In the audio message, Spears alleged her father initiated the conservatorship because she had used “a British accent to a doctor to prescribe my medication … three days later there was a SWAT team in my home, three helicopters.”

Spears claimed the “extent of my madness” was “playing chase with paparazzi, which is still to this day one of the most fun things I did about being famous, so I don’t know what was so harmful about that.”

The Toxic singer claimed the conservatorship was “all premeditated.”

Jamie Spears has not responded publicly to the latest allegations put forth by his daughter.

“I haven’t even really shared even half of it,” she said. “I think the main thing I do remember when I first started was my dad’s control. He loved to control everything I did.”

Spears claimed she was “so demoralized” because she was “told I was fat every day” while in the conservatorship.

“They made me feel like nothing. And I went along with it because I was scared,” she said. “I knew in the deepest, deepest part of my core. I knew I’d done nothing wrong and I didn’t deserve the way I’d been treated.”

She also claimed in 2013 she was given a US$2,000 a week allowance, despite her four-year residency in Las Vegas grossing $137.7 million in profits across 248 shows, according to Billboard.

At the end of the voice note, Spears tried to offer hope and support to her fans.

“If you’re a weird, introvert oddball like me, who feels alone a lot of the time and you needed to hear a story like this today so you don’t feel alone, know this: my life has been far from easy and you’re not alone,” she said.

In response to Spears’ 22-minute audio post, the singer’s mother, Lynne Spears, posted a photo of them both to Instagram with a caption insisting she always had her daughter’s best interests at heart. In the voice note, Spears claimed her mother (and sister Jamie Lynn Spears) did not do anything to help her out of the conservatorship.

“Your rejections to the countless times I have flown out and calls make me feel hopeless!” she continued. “I have tried everything. I love you so much, but this talk is for you and me only, eye to eye, in private.”

Spears was released from her conservatorship in November.

Since its termination, Spears married her long-term boyfriend Sam Asghari, 28.

Last week, she released the song Hold Me Closer with Elton John — the first piece of music she has put out since the end of her conservatorship.

“I have an amazing song right now with one of the most brilliant men of our time, and I’m so grateful,” Spears said in the voice note.

Do you have a doppelgänger? Scientists find unrelated lookalikes likely have similar DNA