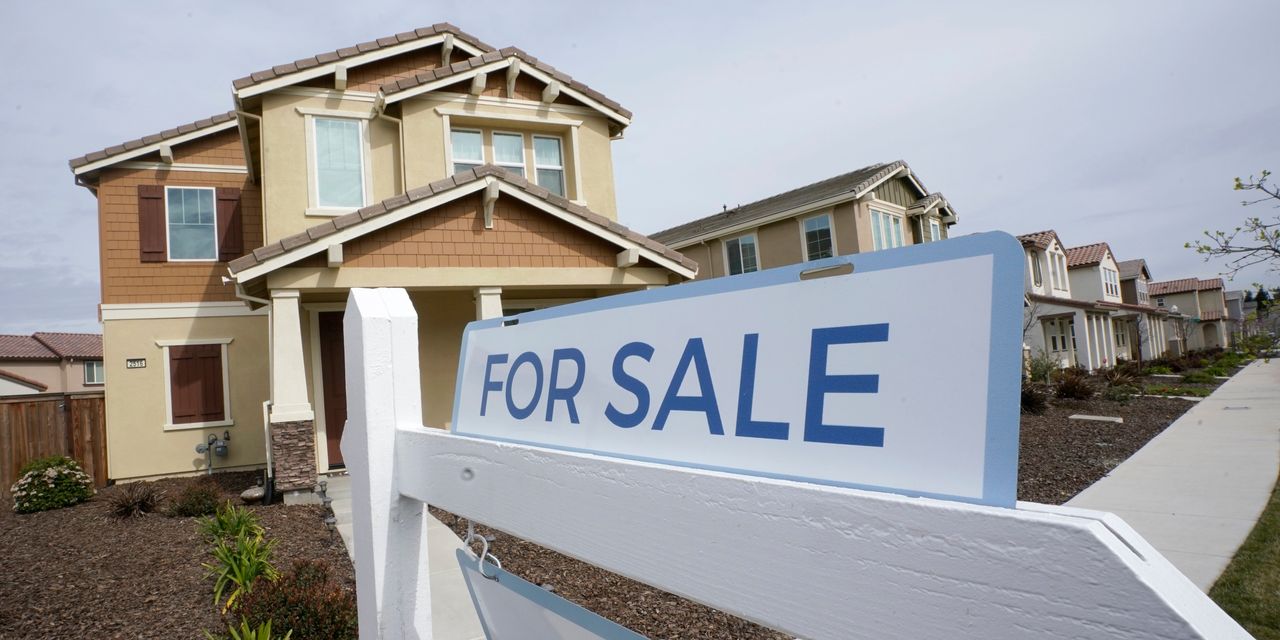 Mortgage Rates Hit 4.99%, Dropping Below 5% for First Time Since April

Mortgage rates dropped to their lowest level since April, offering a reprieve to prospective home buyers who have been hit this year with higher rates and surging prices.

The average rate on a 30-year fixed-rate mortgage is 4.99% this week, down from 5.30% a week earlier, according to a survey by mortgage giant

published Thursday. Though rates remain well above their levels from a year ago, they have fallen swiftly in recent weeks from their 13-year high of 5.81% in June.

Mortgage rates and other measures of the cost of borrowing tend to rise and fall with expectations about the trajectory of the economy. Recently, fears that the U.S. is heading into a downturn have lowered expectations of the pace of rate rises.

Until the past few weeks, rising mortgage rates had been a key factor driving up the cost of home buying this year, adding hundreds of dollars or more to buyers’ monthly payments. That, on top of double-digit home-price growth, has helped drive buyers out of the market in recent months.

Sales of previously owned homes fell for a fifth straight month in June, according to the most recent data from the National Association of Realtors.

Elevated mortgage rates are one of the most direct effects on consumers from the Federal Reserve’s campaign to combat inflation. The central bank lifted its key policy rate by 0.75 percentage point last month, its second straight increase of that size, putting the benchmark policy rate in a range between 2.25% and 2.5%.

Those rates drive up borrowing costs for both companies and everyday Americans, making the cost of financing big-ticket purchases more expensive. While the Fed’s interest-rate increases are aimed in part at capping recent surges in the cost of housing, higher mortgage rates make it unlikely that prospective buyers who are using mortgages will get a bargain.

Mortgage rates are tied closely to the 10-year U.S. Treasury yield, which tends to move in tandem with expectations for the Fed’s benchmark rate. On Monday, the 10-year yield slipped to its lowest level since April.

Still, rapid changes in mortgage rates are likely to continue as economists debate whether to be more concerned about inflation or a recession.

“The high uncertainty surrounding inflation and other factors will likely cause rates to remain variable, especially as the Federal Reserve attempts to navigate the current economic environment,” said

Denial of responsibility! Elite News is an automatic aggregator of the all world’s media. In each content, the hyperlink to the primary source is specified. All trademarks belong to their rightful owners, all materials to their authors. If you are the owner of the content and do not want us to publish your materials, please contact us by email – [email protected]. The content will be deleted within 24 hours.
bankingBanking/CreditC&E Industry News FilterContent TypescorporateCorporate/Industrial NewscreditFactiva Filters
0
Share FacebookTwitterGoogle+ReddItWhatsAppPinterestEmail

Cincinnati Zoo’s Bibi the hippo gives birth to a baby

Watch: Idina Menzel had ‘so much fun’ making…