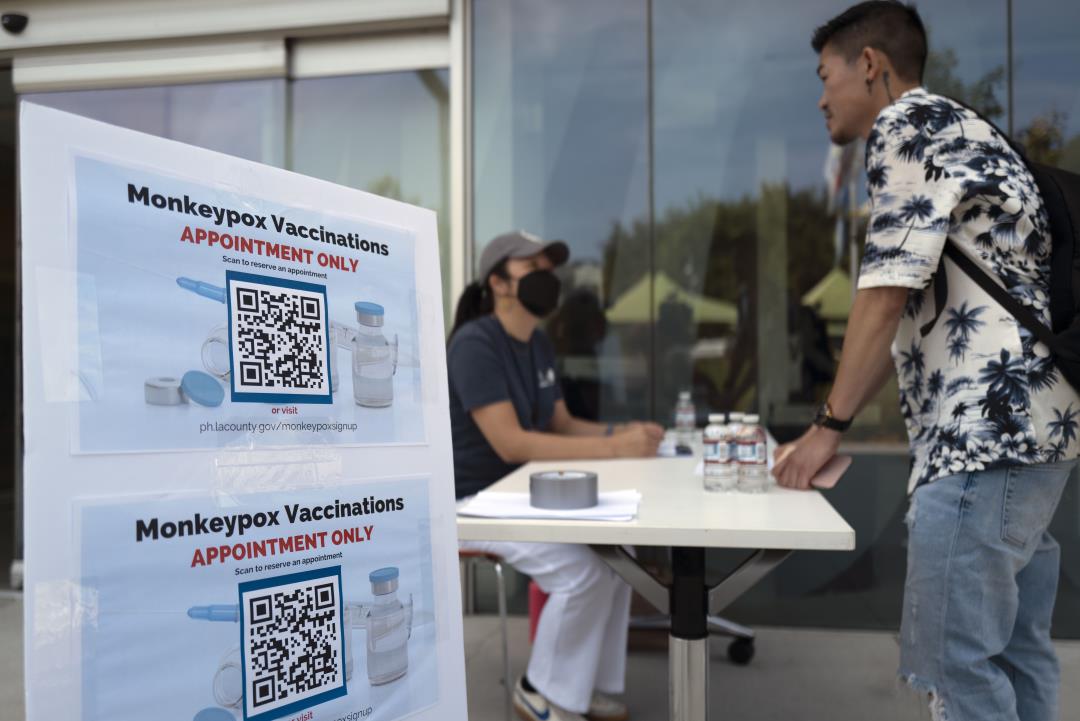 (Newser)
–
Facing the largest monkeypox outbreak in the world, the US on Thursday declared a public health emergency. The decision will make more resources available to combat the spread of the infectious disease, said Health and Human Services Secretary Xavier Becerra, CNBC reports. The World Health Organization declared a global health emergency last month, and New York, Illinois, and California already have issued state emergencies. CDC data show that 87 nations have reported more than 26,000 cases of monkeypox, with 25% of confirmed cases in the US. Men who have sex with men account for the vast majority of infections.


“We’re prepared to take our response to the next level in addressing this virus, and we urge every American to take monkeypox seriously and to take responsibility to help us tackle this virus,” Becerra said Thursday. He’s looking into issuing a second declaration, per the Washington Post, that would let federal officials speed up medical countermeasures, such as potential treatments and vaccines, avoiding full reviews. Officials are trying to widen access to Jynneos, the only vaccine approved in the US to protect against the virus in a two-dose regimen. About 1.6 million people in the US have been identified at the highest risk for the disease, and the nation has only enough Jynneos doses to fully protect about 550,000 of them.


President Biden has named Robert Fenton to coordinate the government response to the outbreak, per CNN. Eight people have died of monkeypox during the outbreak, none of them in the US. The administration nonetheless was being pressured to act, and some officials said the declaration was overdue. Among them was Democratic Rep. Carolyn Maloney of New York, who said the declaration “will allow the Biden administration to build on the progress it has already made to expand the availability of vaccines, testing, and treatment nationwide.” David Harvey, of the National Coalition of STD Directors, said of the announcement, “It’s about time.” The administration now needs to move quickly to get money to state and local health departments to deal with the outbreak, he said. (Read more monkeypox stories.)

Asian and European stocks make gains after US inflation…